During the 2008 elections, the Awami League’s election manifesto ‘Vision 2021 Bangladesh: A New Horizon’ introduced the concept of Digital Bangladesh. The Digital Bangladesh vision was unique as it proposes to mainstream Information and Communications Technology (ICT) as a pro-poor tool.

This was probably the first time in the history of Bangladesh that the vision of poverty reduction and human development leveraging ICTs was proposed that received instant support from common citizens. The concept was also reiterated in the government’s updated manifesto.

The Digital Bangladesh agenda composed of four pillars that outline key areas like human resource development, connecting citizens, digital government and private sector. To decentralise the delivery of public services and take them to the doorsteps of millions of underserved citizens, the Access to Information (a2i) Programme of the Prime Minister’s Office – with technical assistance from UNDP and USAID-established 4,554+ one-stop information and service delivery outlets known as Union Digital Centres (UDCs) in all union councils, the lowest tier of the Bangladesh government. The first Union Information Service Centres were launched in 2009 and opened throughout the country over the subsequent years, then renamed as Union Digital Centres in 2014. The centres are housed at a publicly accessible location, e.g. a Union Parishad Office, and are run by a villager or local entrepreneur. The digital centres have got the acceptance already by all in the course of some important role like birth registration, labour registration, student registration etc.

The UDCs represent a novel approach to strengthening local government. By bringing in the private sector – in the form of the entrepreneurs and numerous agreements with corporate entities –the UDC model adopted a very citizen-centric, bottom-up strategy. Instead of making it relevant to the government alone, market relevance and sensitivity to citizens’ demands were embedded into the model.

The UDC has relative advantages over alternative service delivery arrangements, and that it has produced positive impacts on bridging the digital divide in the Bangladesh society. A study to evaluate the impact of the UDCs on reducing time, costs and visits (TCV) for availing public services found that, for instance, while it previously to ok rural citizens 7 to 8 days to acquire birth registration certificates, the number was brought down to less than 8 hours after the advent of the UDCs. Similarly, for receiving death registration certificates, while it previously took citizens nearly 2 days, it now takes less than 5 hours.

These centres all over the rural areas of Bangladesh are delivering services to citizens’ doorsteps acting as a milestone towards achieving the goals of Digital Bangladesh. The UDCs have enabled rural people to access needed information and essential services in fast, cost effective and easy ways. UDC Census 2013 estimated that about 3.91 million people are receiving information and services from UDCs directly of whom 949,120 are women.

Despite many positive aspects of the Union Digital Centres across the country, there are several negative sides, too.  The worst one is the lack of interest of female entrepreneurs in the rural parts of the country. In some places the problem is so acute that there are no female digital entrepreneurs at all. Another critical issue is developing the perceived needs and benefits of ICTs along with raising awareness about using digital technologies in all possible range of ways in furthering socio-economic development goals. Without functional adoption of ICTs and awareness about getting services and benefits from digital platforms, the rural people would not benefit at large with just getting access to UDCs and digital centres.

In the wake of massive expansion of ICT based service delivery activities, work of the entrepreneurs has been enhanced to a greater extent but the slow speed internet connection is discouraging them in many times. There are enormous potentialities to make the centres more effective and profitable. The existing problems including slow speed internet connectivity need to be solved on priority basis.

However, many grassroots people are not still well aware about UDC and its functions. To make UDC more effective, authorities concerned should take promotional and awareness strategies. 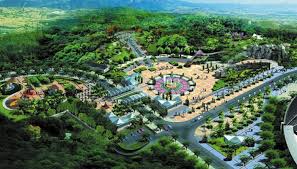