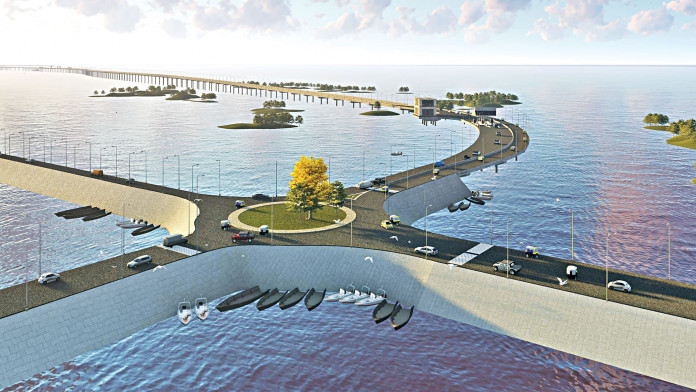 The government has approved a Tk 56.51 billion project for the construction of an over 15-kilometre elevated road in Kishoreganj to allow water to flow freely in the Haor wetlands.

It decided not to build normal roads in the region last year to ensure uninterrupted water flow.

The Executive Committee of the National Economic Council approved the project to build the elevated road from Mithamoin Upazila Sadar to Karimganj Upazila’s Marichkhali in a meeting chaired by Prime Minister Sheikh Hasina on Tuesday.

While Improving the road connectivity between Kishoreganj’s Upazilas — Itna, Mithamoin and Austagram — the elevated road will also establish a direct connection between Mithamoin Cantonment and Karimganj Upazila, according to the proposal of the new project.

The 13.4 km long road from Kishoreganj’s Nakbhanga intersection to Morichkhali Bazar will also be widened under the project.

Planning Minister MA Mannan said the project will be implemented by the Ministry of Road Transport and Bridges, with a deadline of June 2028.

Eleven other projects worth Tk 106.83 billion in total were approved in the ECNEC meeting, the planning minister added.