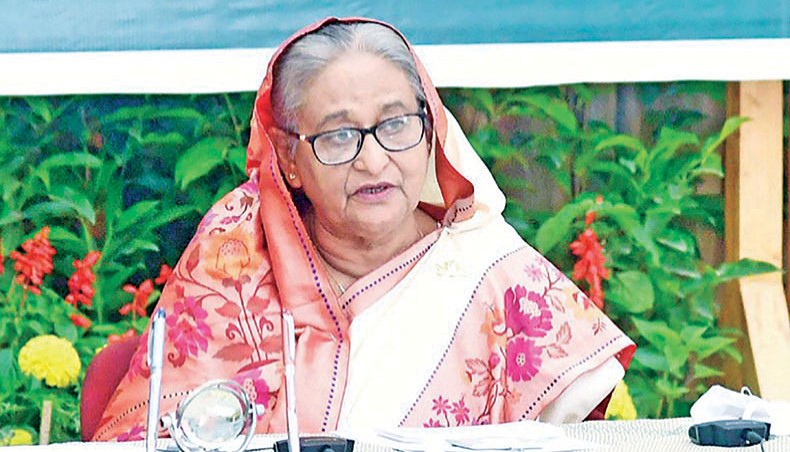 Sheikh Hasina one of the surviving daughters of the assassinated Father of the Nation Bangabandhu Sheikh Mujibur Rahman will be stepping into the final year of her three consecutive tenure on 7th January as the Prime Minister of Bangladesh, a feat achieved by only few Heads of the Governments anywhere. If things continue to remain as it is the next general election is scheduled to be held in the beginning of next year to elect the members of the 12th National Parliament. Judging from the performance of Sheikh Hasina’s governments since 2009 it is expected the ruling party Bangladesh Awami League should make a comeback to form another government in 2024. Previously when Sheikh Hasina ruled the country for the first time from 1996 to 2001 but could not make a comeback in the election of 2001. The machination of BNP and the Jamaat-e-Islam to prevent Awami League from making a comeback was very professional which the Awami League leadership failed to perceive or consider. The return of Awami League to form a government after a break of twenty one years was a feat by itself, made possible by Bangabandhu’s daughter. The first tenure was more of learning the art and skill of ruling a country and running a government where the forces that assassinated her father and the entire family in 1975 were still very powerful and active. The entire bureaucracy were virtually recruits of General Zia and General Ershad – the two military rulers who in turn seized power after the assassination of Mujib successively and ruled the country trampling all the norms of functional democracy.

Begum Zia, the widow of General Zia ruled the country from 1991 to 1996 and from 2001 to 2006 but her lust for power perhaps was instrumental in sealing her political future when she was convicted by the Apex Court of the country for embezzlement of the public fund and corruption. Her son Tarique Rahman also walked her footsteps and currently is absconding and has been found a safe sanctuary in London, surrendering his Bangladeshi passport and citizenship. In the meantime he is holding the post of acting Chairmanship of BNP and pretends to leads the party remotely from London. As of now BNP with their time tested ally Jamaat-e-Islami the party that stood against the independence of Bangladesh in 1971 and was the willing partner of Pakistani occupation forces in committing crimes against humanity and war crimes is 1971 is waging a movement to unseat the present government through some unconstitutional manner. Strangely the left leaning parties were allowed to practice politics in the open by Bangabandhu only after the creation of Bangladesh. No political party with left oriented ideology were allowed to practice politics during the twenty three year rule of Pakistan. As of now BNP-Jamaat-Left oriented parties make strange bedfellows.

Sheikh Hasina began her second tenure in 2009 with lots of hope to resume her unfinished works which she left in 2001 but had to face her first stumbling block within two months of her taking over the reign of the government when a section of border security forces, BDR, staged a bloody mutiny killing 74 persons including 57 army officers. From the subsequent unfolding of events it was clear the mutiny was well choreographed and executed. It was a trying moment for Sheikh Hasina and only with courage and patience could she successfully come out of the crisis. All those suspected to be involved in the mutiny were tried in open courts and those found guilty were sentenced as per the existing law. On the contrary when there was an attempted coup staged by a section of airmen against General Zia on 2 October 1977 thirteen hundred airmen and army personnel were executed virtually without any trial denying them the right to defend themselves. Those executed were even denied proper burial, their dead bodies buried without any proper religious rites in unmarked graves. Their family members only came to know about the execution much later and even their mortal remains were not handed over to the family members. According to many local and international analysts, this was one of the most brutal state sponsored mass murders which happened in South East Asia.

During the last fifteen years of Sheikh Hasina’s rule the country witnessed a quantum jump in all spheres of public life and it has overtaken most of the countries in the region virtually in all socio-economic indicators. The performance would perhaps been even better had it not been the two years of global standstill created by the Covid-19 Pandemic. Not only Bangladesh, all countries around the world were taken by surprise when the Pandemic hit the world and brought all the countries, rich and the poor on their knees and virtually all of them were found unprepared to face the ensuing catastrophic situation. Virtually all economic activities in all countries came to a halt. Many pundits in this country predicted doom for Bangladesh and perceived that thousands of people will be found dead rotting on the street as they will not have the required medical assistance. But they were proven wrong as the government took a number of pre-emptive measures to combat the situation. Bangladesh with the rest of the world struggled to keep the normal economic activities going with the active assistance of the government.

Global economic think tanks like IMF or Britain’s Economic Intelligence Unit (EIU) predicted that the global economy will shrink by at least 8 percent. While this prediction proved correct in case of many countries (India’s economy shrunk by 10 percent) Bangladesh, due to the farsightedness of the Prime Minister, kept its growth positive and was in the lead in the South Asia with an annual GDP growth of approximately 4 percent. While many countries of the world were struggling to combat the runway inflation, especially the food inflation, Bangladesh managed to keep its inflation to a manageable level (less than 9 percent). On another positive note based on the IMF released data the Visual Capitalist, an international publication on 29th December, announced that Bangladesh’s economy, now 35th in the world, has surpassed even Singapore, Malaysia, Vietnam, a fairy tale achievement indeed (Bangladesh US$ 460 billion, Malaysian US$ 434 billion and Singapore US$ 423 billion, Vietnam US$ 414 billion).

When the world was coming out of the Pandemic related catastrophe after two years of standstill, came the devastating war in Europe between Russia and Ukraine that again hit most of the countries around the world. To complicate the situation US slammed an economic sanction on Russia, including blocking the payment to Russia for imports of goods and commodities from that country and countries like Bangladesh which has strong economic relations both with Russia and Ukraine was again hit hard. Unfortunately US failed to realize the impact of the sanction. Price of essentials in most of the countries, which included energy, food grain and industrial raw materials, rose sharply and there is no denying the fact that the price of essentials in Bangladesh rose too. But again it was the government that came to the rescue by curtailing import of non-essential goods and commodities and providing incentives and subsidies in certain cases.

Amidst the global economic tension thousands of expatriate workers in the countries of the Middle East, UK and Europe lost their jobs and many also saw their savings dipping due to rising cost of everyday living in their countries of employment. This contributed to the sharp decline of the foreign exchange reserve caused by declining remittance. Foreign exchange reserve also declined in geometric proportion in most of the countries even in countries of Europe too. The good news is that country’s economy is gradually regaining its previous position and exports of many finished goods have risen. The good news was the yield of a bumper Aman crop and the country’s rice production has gone up to forty million metric tonnes. It is unlikely that Bangladesh will encounter a famine like situation as predicted by FAO and WFP in 2023 as more than 90 percent of basic food required by the people of the country is produced locally. At any cost the current assistance provided to the farmers and food producers by the government will have to be continued.

Perhaps the biggest achievement of Sheikh Hasina’s last three governments is undertaking twelve mega projects of which the iconic Padma multipurpose bridge has already been commissioned for use. The construction of the Padma Bridge with Bangladesh’s own funding is a feat by itself as the original lead financier World Bank pulled out of the project with the bogey accusation of corruption which was later found to be completely fabricated and false by a Federal Court in Canada. The entire ‘corruption episode’ was part of larger national and international conspiracy against the country and Sheikh Hasina’s government. Recently another mega project, the Dhaka Metro Rail has been partially commissioned for use by the public and the next will perhaps be the Bangabandhu Tunnel under Chattogram’s Karnaphuli River to be followed by the inauguration of the Rampal Coal Powered Power plant and the Rooppur Nuclear Power Plant.

Though the country had to experience power cut for a while because of dearth of raw materials needed for power generation due to the war in Europe, the situation has been improving for the last couple of months. So needless to say Sheikh Hasina will complete her fifth year in her third successive term as the Prime Minster and will enter the election year with lots of success stories to share with the people of the country. William McFee the 19th century English writer wrote ‘the world is not interested in the storm you encountered, but did you bring the ship?’ Yes Sheikh Hasina braved the storms during her entire three successive terms but she managed to steer the ship safely to port. So history beckons her to repeat her existing record in 2024.
The year 2023 should be a year of mending the fences of the ruling party that should begin with the reorganization of the party from the grassroots level and giving due importance to the time tested workers and leaders. Since 2009 thousands of infiltrators have made their way into the party which in course of time will begin to work as termites. Corruption amongst a section of government officials and party leaders including by a section of unscrupulous businessmen still prevails that needs to be capped completely and the perpetrators punished. The 12th National Election will be challenging. Not only internal forces but also from outside forces are working overtime to destabilize the nation. Sheikh Hasina should have the right strategy to combat the situation and make a history that will be long lasting. Good luck to Sheikh Hasina in her final year of this round.

The writer: Abdul Mannan,
Analyst and a commentator 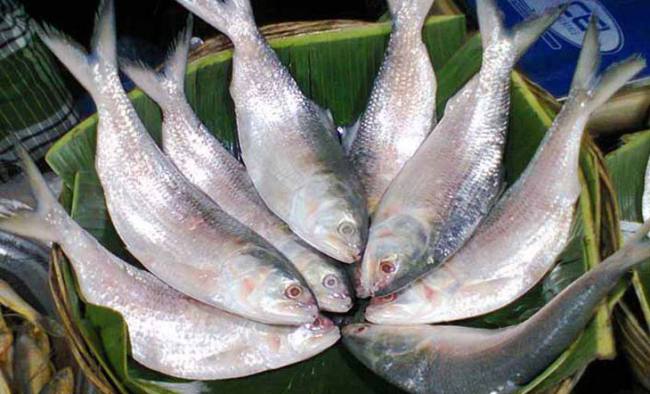 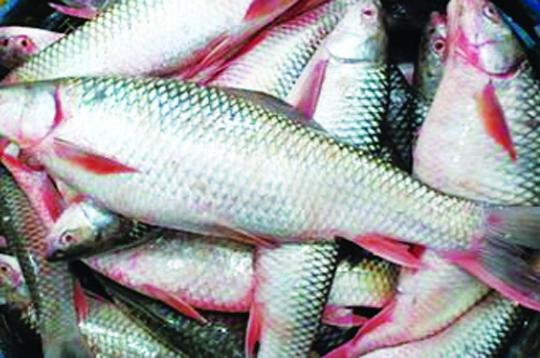 Making a blueprint for blue economy 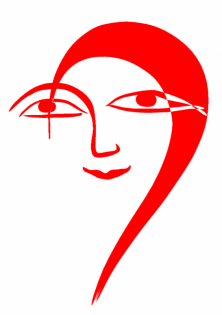