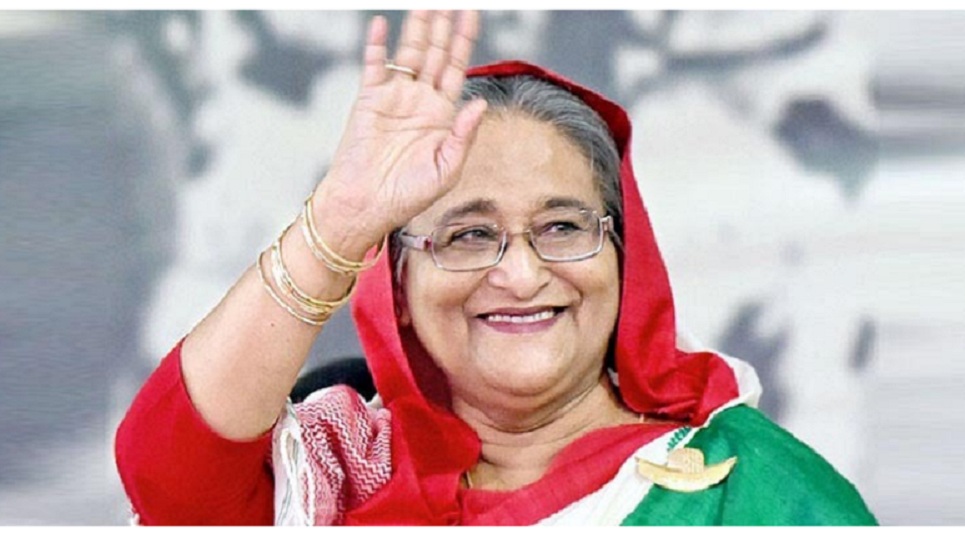 The Awami League was formed on the basis of Bengali nationalism, democratic culture, ideals of building a democratic society free from exploitation and the political-economic-social and cultural philosophy of building a developed, prosperous, modern, progressive society and state system. Sheikh Hasina is the successor of the blood and ideals of Bangabandhu Sheikh Mujibur Rahman greatest Bengali of all time, the great hero of freedom, the immortal poet of the epic called freedom, and the father of the Bengali nation. She is the last shelter of Bengali hopes. She is the savior in crisis. She is the height of untiring faith in struggle.

After the brutal assassination of Bangabandhu, Sheikh Hasina has taken the steering of theAwami League as a symbol of unity in extremely difficult times. She has walked a long way in the struggle for democracy. She came back from the face of death again and again. She brought the Awami League to power after 21 years as a popular party. Along with the economic, social, political and cultural liberation of the people in the democratic movement of Bangladesh, it has always played a politically vocal and protesting role against all kinds of exploitation, deprivation, injustice, injustice and oppression.

After winning the 1996 elections, she brought the party to power for 21 years. By forming the government, Sheikh Hasina has done the impossible task of prosecuting the killers of August 15 and prosecuting the war criminals. Bangabandhu’s daughter Sheikh Hasina has proved that she has no alternative in the development of democracy in Bangladesh. Sheikh Hasina’s honesty, devotion, integrity, rational mind, strong morale, wisdom and extraordinary leadership have established Bangladesh at a different height in the world and she is known as a world-renowned leader.

Sheikh Hasina’s regime can be divided into four parts. Restoring the lost glory of the National Liberation War, struggle and success against the military and paramilitary rule. The killers of the father of the nation and the war criminal accused of crimes against humanity should be brought to justice and to economically bring Bangladesh into the highway of development.

The role of electricity in the development of a country is undeniable. Increasing the production of electricity to 25,000 megawatts and almost 100% electrification, bringing a record amount of remittances to the country, increasing the record amount of foreign exchange reserves, reducing the poverty rate, raising the average life expectancy to about 73 years, formulating a national education policy, raising the literacy rate to 75.6 percent, Delivering free new books to students on the first day of the year, mainstreaming and recognizing Madrasah education, establishing medical universities and modernizing medical systems, initiatives to establish universities in every district, formulating women’s policies and empowering women, building digital Bangladesh and achieving a revolution in the ICT sector, Covid Pandemic Sheikh Hasina, the successful statesman of Bangladesh, has achieved many outstanding achievements, including placing Bangladesh at the top of South Asia and the fifth place in the world, including the country in the ranks of the developing world.

Our main sources of revenue, especially foreign exchange earnings, are exports of manufactured garments and manpower. Although it started with private ownership, these two sectors have gained enough speed due to the interest of the government. As a result, the driving force of the country’s economy has gained momentum. Over the past few years, the Awami League government has vowed to build infrastructure. Flyovers, underpasses, and Metrorail, etc. have been constructed.

Bangabandhu’s dream of building a golden Bangladesh is being implemented by the Prime Minister with hard work and talent. Only Sheikh Hasina can build a developed, prosperous and peaceful Bengali nation and Bangladesh. In the last 14 years, the country has reached a new height of socio-economic development. These achievements have been possible because the Awami League government has consistently run the government. Working with the determination to make Bangladesh a developed-smart Bangladesh by 2041. For this, the vision plan 2041 has been formulated and the implementation has started.

Revolutionary changes have come in the communication infrastructure sector during the government. The Padma Bridge was inaugurated last June after overcoming many hurdles. This bridge directly connects 19 districts of the southern region with the capital Dhaka and other parts of the country by road. The largest pigeon bridge in the southern region was inaugurated in October. Last November, 100 bridges in 25 districts of the country were opened for traffic. Many highways in the country have been upgraded to four or more lanes. Others are in progress. The tunnel under the Karnaphuli River in Chattogram and a section of the Airport-Qutubkhali Expressway will be opened for traffic very soon.

The nuclear power plant has been constructed and satellite Bangabandhu-1 has been launched now work is underway for satellite Bangabandhu-2. Delta Plan-2100 has been formulated to protect our generations from the impacts of climate change and build a better future. The whole world is passing through an unstable economic situation today. At the end of 2019, the world was hit by the coronavirus pandemic. In these two years 2020 and 2021, a deep wound was created in the world economy. Many countries’ economies collapsed. Our economy also suffers. Just as our economy was recovering from the damage caused by the coronavirus pandemic, the Russia-Ukraine war broke out. As the loss of life due to coronavirus has been reduced by taking timely measures, all efforts have been made to keep the economy running.

Addressing the countrymen with the urge to increase food production, the Prime Minister mentioned that we need to increase agricultural production. Our soil is fertile. Why do we need to import agricultural products from outside where trees grow and bear fruit when seeds are planted in the ground? We have to utilize every inch of land and not leave it fallow. A crisis will come. Don’t be afraid of crisis. With everyone’s help, Bangladesh has been able to successfully deal with the coronavirus pandemic. Bangladesh will also successfully deal with the current global recession.

A major revolution in the development of the transport and communication sector has taken place in 2022. The dream Padma Bridge was opened on June 25 this year. Apart from this, technology-based Bangladesh’s first metro rail was launched on December 28 this year. Apart from this, 100 bridges and 100 roads of 2000 kilometers have been launched together this year to establish uninterrupted communication between roads and highways across the country. Besides, the current government’s other mega projects including Karnaphuli Tunnel, Dhaka Elevated Expressway, Dhaka-Cox’s Bazar Railway, Bus Rapid Transit (BRT) and Padma Rail Link projects are almost at the final stage.

Bangladesh’s Prime Minister Sheikh Hasina’s achievements at the international level are surprising. She has received many recognitions from different countries and big organizations around the world. Received the ‘Hupe-Boani’ Peace Prize from UNESCO for the promotion, search and protection of peace. Earned ‘Medal of Distinction’ and ‘Head of State medals. Received ‘Mother Teresa Award’ from All India Peace Association as Ambassador of World Peace. She has won the world’s highest environmental recognition ‘Champions of the Earth’ for her visionary role in combating the adverse effects of climate change. Her long commitment to food and agriculture has earned her ‘The Series Medal’. She was awarded the ‘Mother of Humanity’ honor for sheltering the Rohingyas. Received the United Nations ‘ICT Sustainable Development Award’. Women Political Leaders, a global network of women politicians, has honored Prime Minister Sheikh Hasina with the ‘Regional Leadership’ Award. She has become a ‘statesman’ by playing a leading role in achieving food self-sufficiency, providing social security and economic development. World leadership Sheikh Hasina called “Star of East”. The United Nations Sustainable Development Solutions Network awarded him the title of ‘Crown Jewel’ with the ‘SDGs Progress Award’.

Bangladesh has not yet formed an alternative leadership to Sheikh Hasina. She is the successor of the blood and ideals of the father of the nation. With political wisdom, leadership skills, confidence, skill and honesty, courage and foresight in managing the team and the country, she brought 40 percent of the country under 100 percent electricity by making the whole world stand up in just 13 years. Where there were 5.8 lakh internet users, ICT consultant SajeebWazed Joy’s timely planning and advice reached the Broadband Connectivity Union. Currently, the number of internet users in the country is more than 13 crore and the number of mobile connections is over 18 crore. The whole world looks at Bangladesh in surprise.

More than 16,000 entrepreneurs are currently working in around 8,800 digital centers across the country to deliver services to people’s doorsteps, where 50 percent are women entrepreneurs. As a result of this, on the one hand, the disparity between men and women, on the other hand, the disparity between the rich and the poor and the disparity between rural and urban areas has been removed. Digital Center has changed the outlook as well as simplified the standard of living of the common people. People now believe that it is possible to get all kinds of services close to home. Gaining the trust of people is the biggest achievement in the journey of Digital Bangladesh.

Equal participation of men and women, ensuring access to technology for all irrespective of rich and poor, and reducing distance in access to urban and rural services were all the main objectives and goals of Digital Bangladesh. Thanks to inclusive development and technology, now anyone can work freelancing even in the village. All this has been made possible by the progressive technological, inclusive development of People’s Leader Sheikh Hasina’s Digital Bangladesh.

After the successful implementation of the pledge to build a digital Bangladesh, now the new program has come. That is Smart Bangladesh. A cost-effective, sustainable, intelligent, knowledge-based, innovative Smart Bangladesh will be built on these four main foundations of Smart Citizen, Smart Economy, Smart Government and Smart Society by 2041.

Hiren Pandit: columnist and a researcher. 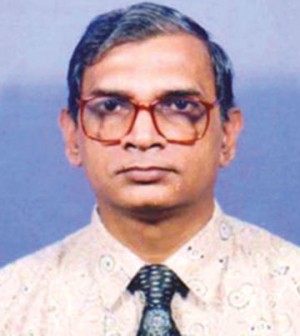 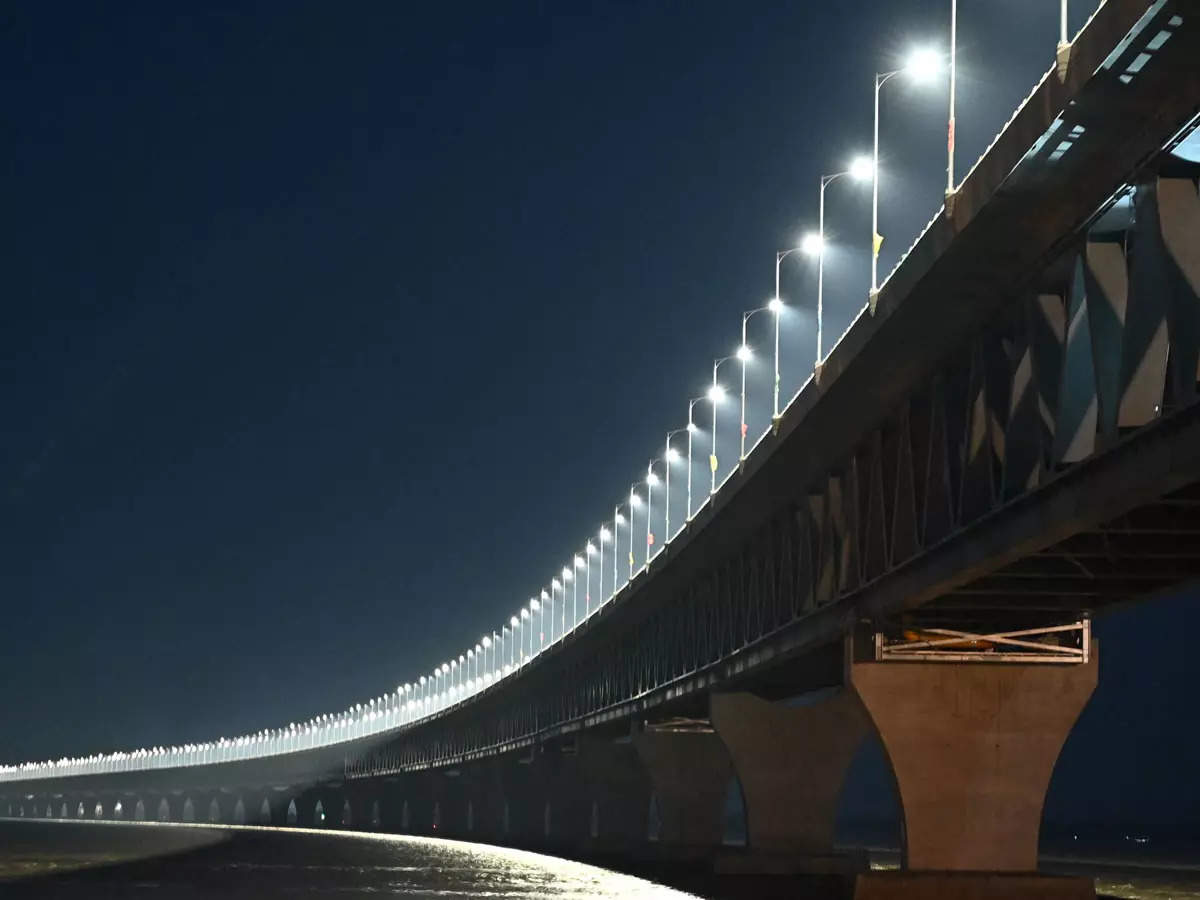