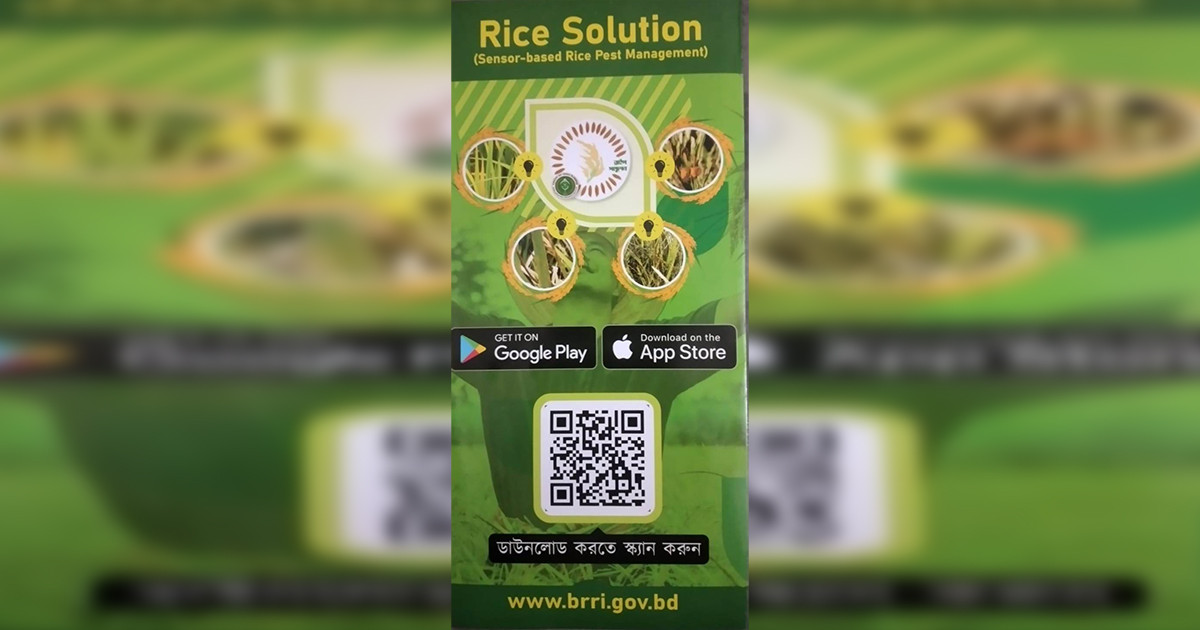 The app was developed under a project of the ICT Division with the help of a software company called One ICT.

If an user uploads an image or information related to any disease and insects on the app, it will automatically diagnose the matter and provide management advice based on the accuracy rate.

As a result, the problems that arise in the field can be solved immediately and it will save time and money at the farmer level. The app has been developed using artificial intelligence, machine learning and sensor technology, which are essential technologies of the fourth industrial revolution.

Under the same project, BRRI is developing another mobile app called “Rice Profile” for use at the field level for determining suitable rice varieties nationwide.

In his speech, the minister said: “Around 10-18% of the total crop is wasted in the production stage due to various reasons, including insect attacks. Also, due to the lack of proper knowledge of the farmer, the farmers are deprived of the desired yield. They are harmed financially due to the lack of appropriate modern methods and feedback systems in the information exchange related to disease and insect control management.”

He added that the app would serve as a helpful tool for decision-making at the policy-making level besides assisting scientists in their research activities.

State Minister for Planning Shamsul Alam said the new app would initiate the concept of implementation of precision agriculture by connecting farmers’ indigenous knowledge and the fourth industrial revolution.

“If the app is widely used, it will help implement smart agriculture in the construction of Smart Bangladesh as promised by the honorable prime minister alongside meeting the SDG, the National Agricultural Policy and the National ICT Policy.”