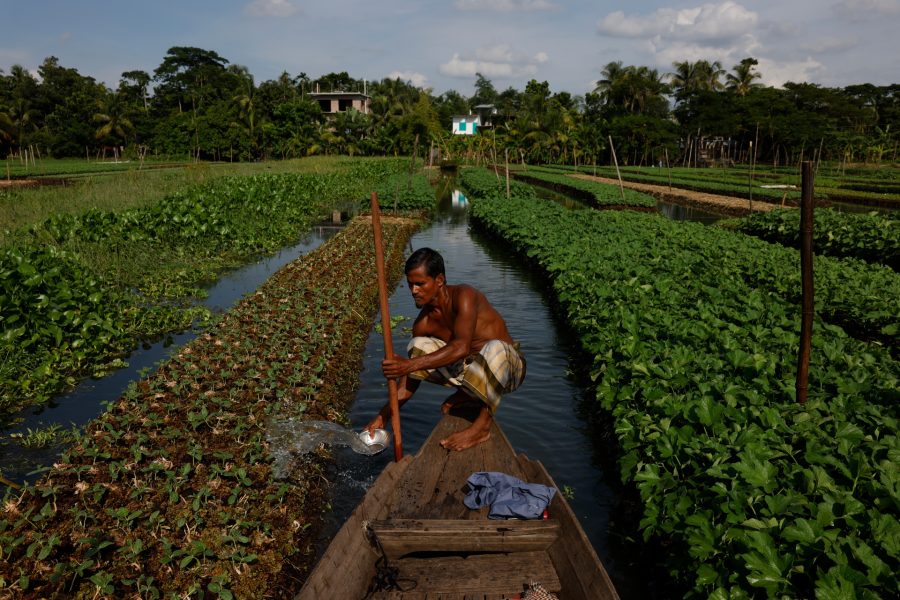 Mohammad Mostafa, a farmer in the low-lying deltas of southwestern Bangladesh, has revived his forefathers’ farming practice of growing crops on floating rafts as rising seas and storm flooding threaten more and more farmland.

With prolonged waterlogging posing an increasing threat to families growing their own food, more have turned to using the rafts as secure platforms to grow vegetables and fruit including cucumbers, radishes, bitter gourds, papayas and tomatoes. Most are sold as saplings.
The rafts, woven from the stems of invasive hyacinths, are providing a lifeline for families during the increasingly extreme monsoon seasons, when dry land can be especially scarce.

The 200-year-old technique was initially adopted by farmers in the region during the flooding season, which used to last about five months each year. But nowadays the area remains underwater for eight to 10 months and more land is being flooded.

“These days, the land is under water for a longer time. This ancient technique has helped us to earn a living,” said 42-year-old Mostafa, as he planted balls of seedlings on floating beds.

“My father and forefathers all used to do this. But the work is not that easy. So, at first I tried to earn as a fruit vendor but ended up in debt,” said Mostafa, the sole breadwinner in his six-member family. “I tried my luck at floating farming five years ago and that made a great difference to my life.”

The approach, now practised by some 6,000 subsistence farmers across the swampy southwest, may prove crucial as climate change sends sea levels higher and makes the monsoons more erratic.

Digbijoy Hazra, an agriculture official in the Nazirpur sub-district of Pirojpur, said that the number had risen from around 4,500 five years ago.

Floating farms now cover a total 157 hectares (388 acres) in Pirojpur district, with 120 hectares in Nazirpur that expanded from 80 hectares five years ago.

“It requires less space than conventional farming and does not need pesticides,” Hazra told Reuters. “When we’re fighting … the impact of global warming, floating farming could be the future.”

Low-lying Bangladesh is considered among the most climate-vulnerable countries, with the impact of rising waters compounded by storms, floods and erosion.

The climate impact is being compounded by natural factors, such as tectonic shifts that are causing the land beneath to sink, and upstream dams holding back silt that would replenish the eroding delta.

Between 2000 and 2019, Bangladesh was ranked seventh in a list of countries hit hardest by climate change, according to the Global Climate Risk Index 2021 produced by non-profit Germanwatch.

“Because it is the largest delta in the world … a huge portion of Bangladesh’s land area experiences frequent flooding, especially flash floods along with river erosion,” the Asian Development Bank said in a 2021 report.

Bangladesh is also frequently hit by cyclones that barrel up the Bay of Bengal, while global warming makes rainfall patterns increasingly erratic. More than a quarter of Bangladesh’s population of 165 million live in the coastal zone.

Rising sea levels and coastal erosion could cause Bangladesh to lose 17% of its land surface and 30% of its food production by 2050, according to a 2019 International Monetary Fund report.

Navigating a boat along one of the country’s countless waterways, Mostafa said he is now able to feed his family “without asking for help.”

The profit margins, however, have been shrinking as costs rise, he added. This year, he spent about 4,500 taka ($43) for a boatload of water hyacinths weighing about 1.2 tonnes to weave into new rafts for the year. Last year, the cost was just 1,000 taka.

The rafts, which take two months to make, are typically around 6 metres long and 1 metre wide, but can be several times that length, farmers said. They need to be replaced with new ones after three to four months.

Mohammad Ibrahim, another farmer in the area, said the floating beds allow him to grow more crops reliably.

“Water levels are rising. I still can remember I used to play football in the land that now goes underwater during the normal tide,” the 48-year-old said as he sold gourd saplings that he grew on the floating beds on a boat.

The effort is not without cost.

His wife Murshida Begum, 35, said she works more than eight hours a day making balls of seedlings that are planted on the rafts, but the hyacinths often cause itching and sores across her palms and fingers.

Kajol Begum, a 30-year-old mother of two daughters, said: “The work is so hard and painful. I can’t sleep at night due to waist pain. But what else will I do when water is everywhere most of the time?” 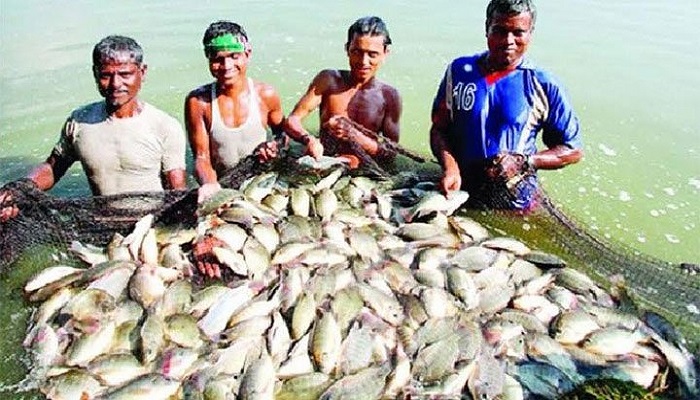 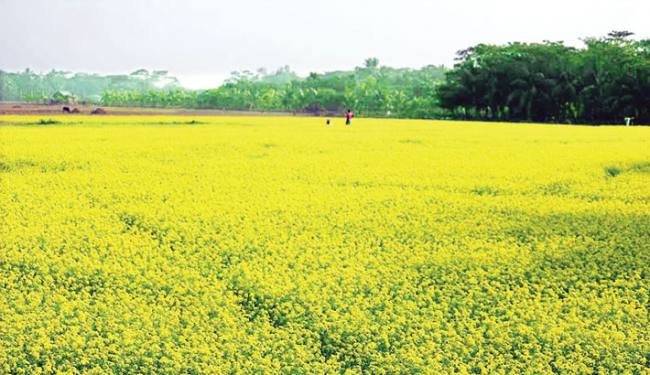