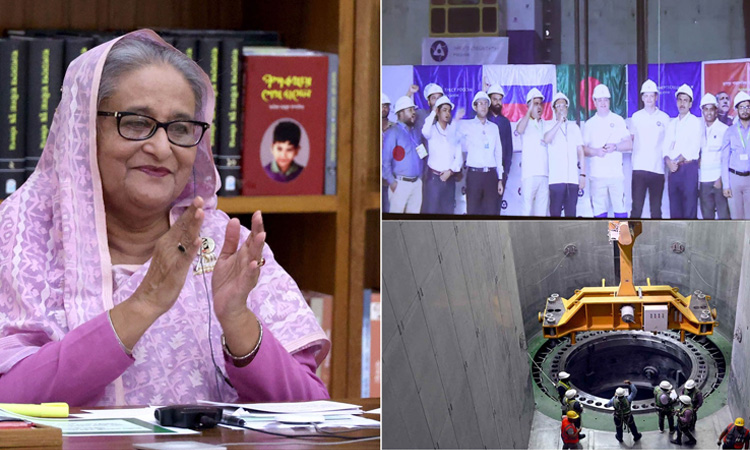 Prime Minister Sheikh Hasina says the people in northern Bangladesh will reap the full benefits of the electricity generated by the Rooppur Nuclear Power Plant, which she believes, will transform the region.

The plant will attract investment to set up new industries in the region, which in turn will facilitate economic development in the region, she said on Wednesday after inaugurating the installation of a reactor pressure vessel at Rooppur Unit-2 in Pabna.

“The electricity from Rooppur [power plant] will mostly be used in northern Bangladesh. Northerners will be greatly benefitted. New industries will be set up, which will generate more employment and benefit the people economically.”

Expressing her gratitude to Russia and its President Vladimir Putin for their help in setting up the plant, she said Bangladesh is setting an example by ensuring that nuclear power is used for peace and development.

“My government’s priority was to ensure that no nuclear accident like Chernobyl takes place in Bangladesh, which will harm lives and livelihood on a massive scale. The plant will not pose as grave a threat to the environment as the government has taken every protective measure,” she said.

The project is being implemented by the Bangladesh Atomic Energy Commission, with technical and financial support from Russia. The project’s cost, including manpower training, amounts to $12.65 billion, and Russia is funding 90 percent of the total expenditure.

The Bangladesh leader, however, conceded that her government was compelled to take a hardline approach in the energy sector due to the global crisis sparked by the Russia-Ukraine war and the COVID-19 pandemic.

She also pledged that her administration will put in every effort to ensure an uninterrupted power supply throughout the country.

Bangladeshis had to tighten their belts since early summer as prices of gasoline skyrocketed. The country’s power generation capacity has been under the scanner as regular hour-long power outages hit Dhaka and other parts.

Highlighting the government’s success in the power sector, she said: “We had a target to provide electricity to all and have kept that promise. We have brought electricity to every doorstep and have lit up the entirety of Bangladesh.”

Data also supports her claim as a recent study by a government-supported think-tank identified that the power sector had achieved over 90 percent growth by 2020, from a mere 20 percent in 1996.

“Many developed countries are struggling amid the global crisis and have been actively considering austerity measures,” she said.

She also said everyone must realise that the world has become a ‘global village’ right now where countries are interdependent. Consequently, the effects of a global economic meltdown will trickle down to Bangladesh at some point.

Although food security is a major concern for many developed countries, Hasina says the government has been able to keep the situation under control so far.

“We have ensured food security for the people. We have given special cards to at least 10 million people to purchase food at a fair price and are providing food for free to people who are unable to buy essentials,” she said.

The prime minister is confident that the government will be able to ride out the ongoing crisis, just as it had successfully overcome the challenges presented by the pandemic.

“We know many people have been and will criticise [the government], but we don’t pay heed to their criticism. Rather we will continue to discharge our duties to the country and its people.” 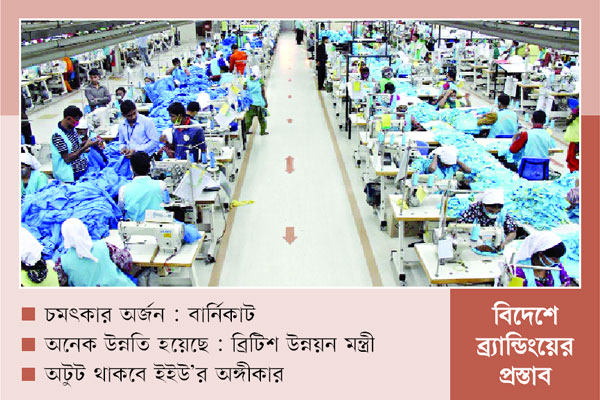 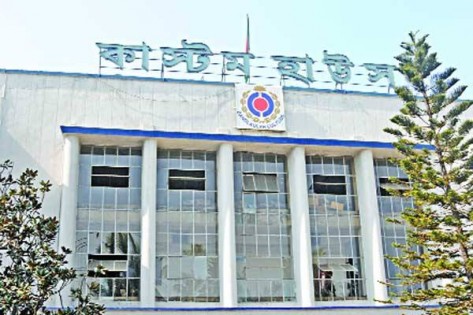