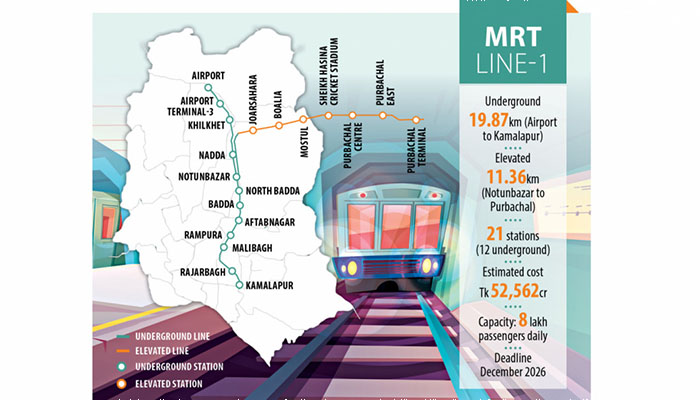 Civil works of the country’s first underground metro rail will start in December this year.

The works of the Tk 52,561.43 crore project, the biggest infrastructure project in the transport sector, will start with land development for depot at Pitalganj in Narayanganj.

The deadline for the project is December 2026, according to project documents.

The board of directors of Dhaka Mass Transit Company Ltd (DMTCL), the implementing agency of the metro rail projects, on September 7 approved a proposal to appoint a joint venture firm led by a Japanese company for the development of the depot (package-1).

A contract with the firm is expected to be signed in mid-November and civil works of the project is likely to be started in the first week of December, said MAN Siddique, managing director of DMTCL.

“After the contract singing [for package-1], we will seek time from Prime Minister Sheikh Hasina for the ground breaking ceremony of the underground metro rail,” he told The Daily Star yesterday.

In another development, metro rail authorities will sign a contract with another joint venture company led by another Japanese company on October 23 for construction supervision services.

Once the line, formally known as Mass Rapid Transit Line-1, or MRT-1, is completed, it will be able to carry 8 lakh passengers daily.

The 31.24km line will have two parts — a 19.87km part from Hazrat Shahjalal International Airport to Kamalapur (Airport route) which will be underground and around a 11.36km elevated line from Notunbazar to Purbachal (Purbachal route).

Besides, another metro rail line — MRT Line-5 (northern route) that will run between Hemayetpur and Bhatara — will have an interchange at Notunbazar station of MRT Line-1, shows project documents.

The MRT-1 will be the second of the six lines to be built in the capital and adjacent areas to ease traffic congestion and pollution.

The government has taken a plan to build around 130km of metro rail network — with both elevated and underground sections — by 2030.

Construction of the country’s first ever metro line, MRT-6, is now going on to connect Uttara and Motijheel with a 20.1km elevated rail line. Its first phase, from Uttara to Agargaon, is scheduled to open in December.

The feasibility study of MRT Line-1 was completed in December 2018. The Executive Committee of the National Economic Council approved the project in October 2019.

The authorities had a plan to start the physical work of the project in December 2020. Later, they changed the starting date thrice, with the last postponement coming in September this year.

Replying to a question about the delay, MAN Siddique said detailed design of the project was delayed mainly due to the Covid-19 pandemic as many foreign experts could not join.

Asked whether they will be able to meet the deadline, Siddique said they were still hopeful.

He said they would implement the project under 13 packages — one for consultants and 12 for civil works.

“We have already earned experience from the first MRT line [MRT-6] … If we are able to sign all contracts for underground and elevated sections, which are now at different stages, within the next six months, we will be able to meet the deadline,” he added.

He said after starting the depot works, they will start work for the underground routes from four places.

The four boring places will be near the airport, Kuril, Notunbazar and Kamalapur in the capital.

Asked about potential public suffering once project works start, he said people may face suffering around the station sites but that would not be for more than three to six months, because most of the works would be done underground.

Revealing different aspects of the project, MAN Siddique in June last year said that 25 trains would be operated daily on this line. Each train to have coaches to carry 3,008 passengers at a time. 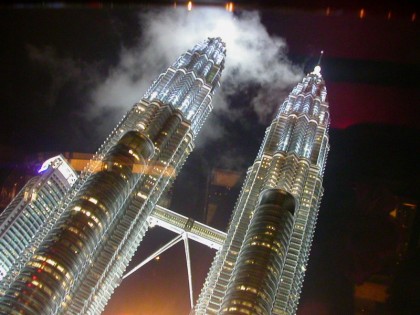 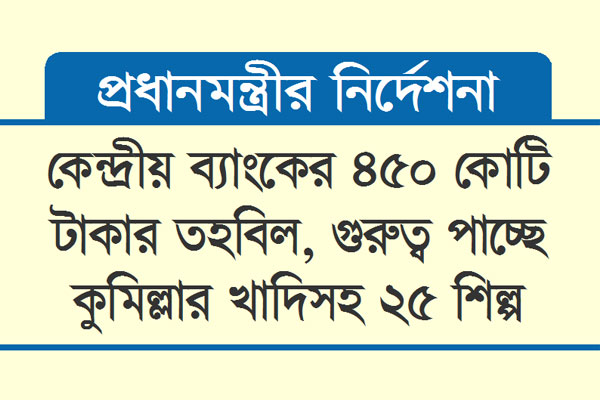