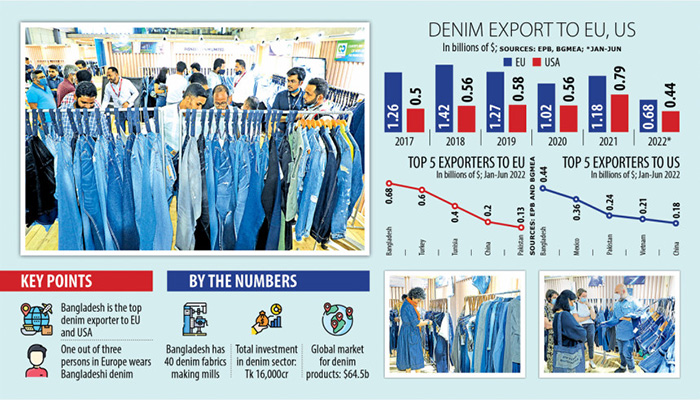 Bangladesh’s dominance in the global denim market has continued thanks to a surge in demand driven by the trade tension between the US and China.

Owing to higher demand, denim product manufacturers have surpassed their Chinese counterparts in Europe and the US, the two major export destinations for Bangladesh.

Bangladesh exported denim products worth $689.69 million to European Union in the January–June period of 2022, registering a 37.26 per cent year-on-year growth, according to data from the Export Promotion Bureau and the Bangladesh Garment Manufacturers and Exporters Association (BGMEA).

Turkey was the second-largest denim exporter to the EU with products worth $604.07 million shipped. China, the largest apparel exporter in the world, supplied denim items worth $204.84 million to the EU, up 10.15 per cent.

Similarly, Bangladesh is the top denim exporter in the US, fetching $445.51 million in the first half, an increase of 57.06 per cent from $283.65 million during the identical six-month period last year.

In the US, Mexico was the second-largest denim exporter, raking in $362.02 million between January and June.

During the same period, China came fifth as it shipped denim products worth $188.25 million, data compiled by the BGMEA showed.

On a fiscal year basis, Bangladesh has been the top denim exporter to the EU since 2017 with one out of three people in the continent donning denim pants produced in the country.

The country overtook Mexico in 2020 to become the top exporter of denim items in the US, while it sprinted to the pole position in the EU in 2020.

Shams Mahmud, managing director of Shasha Denims, one of the top denim manufacturers in Bangladesh, said the demand for denim has a correlation with economic downturns.

For instance, the use of denim items increased a lot during the global recession in 2007 and 2008 since the apparel items don’t need a regular wash and are durable, Mahmud said.

Currently, the global economic situation is not in good shape owing to Covid-19 and the Russia-Ukraine war and consumers are feeling the pinch of higher inflation.

According to Mahmud, the trade tension between Washington and Beijing has played a major role in shifting work orders from China to Bangladesh as international retailers and brands want smooth supply.

“They see Bangladesh as a safe destination. The improvement in workplace safety following the implementation of recommendations as per Accord and Alliance suggestions has brightened the image of the sector and the country.”

Bangladesh’s garment factories won kudos at the height of the pandemic as they largely kept production up and running despite surging cases of Covid-19 infections whereas many other supplying nations closed their doors. Consequently, international retailers have come up with increased orders.

Bangladesh’s share in the global denim market is 24.64 per cent and it is growing every year.

“One of the major reasons for the higher growth is that Bangladesh is moving to high value-added denim items,” said BGMEA Director Mohiuddin Rubel.

“We have made great strides in putting in place denim infrastructure and washing units over the last few years. We have advanced technologies, which have improved the quality of our fabrics.”

The entrepreneur thinks that the sales of denim items will go up further once the war comes to end and the global recession fears peter out as new denim-producing mills have been set up.

Currently, Bangladesh’s 40 mills can produce 80 million yards of denim fabrics a month and the investment in the sector is Tk 16,000 crore.

The denim jeans market in the US, the single largest apparel export destination for Bangladesh, is estimated to be $15.8 billion this year. 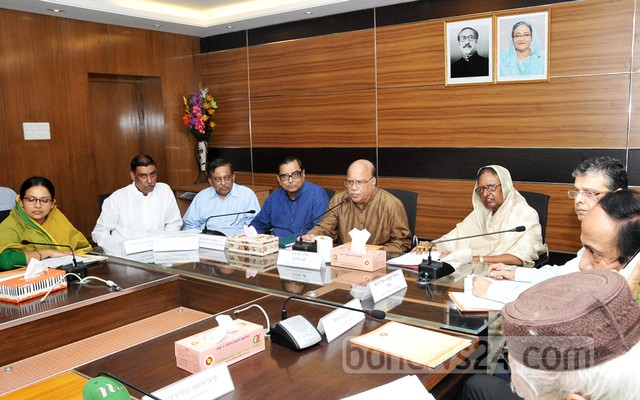 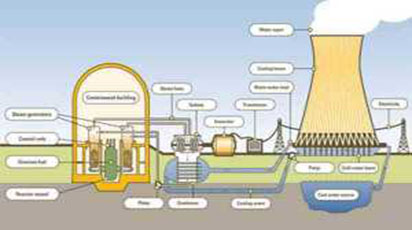