The Padma Bridge will be the largest infrastructure project in the country’s south-western region, contributing to the socioeconomic growth of millions of people. The Padma Bridge is listed 122nd among the world’s longest bridges, with pillars that are 3 metres in radius and piling that is 128 metres deep, making it the world’s deepest piling.

The bridge’s construction began in 2014, and the final span of the 6.15-kilometre-long structure was constructed in December 2021. The anticipated cost of this self-financed megaproject in Bangladesh is Tk30,193.39 crore.

The Padma Bridge has a colourful past. We are all aware of the historical circumstances that led to its creation. Loans for the Padma Bridge project had been expressed by development agencies and banks. The World Bank proposed a loan of $1 billion, the ADB $500m, and JICA $300m at extremely low interest rates. Following discussions between the bridge department and lenders, the plan for a two-story bridge similar to those found in Denmark was approved.

The World Bank announced in 2011 that they had discovered actual evidence of a bribery scheme and then declined to sanction the planned loan. Prime Minister Sheikh Hasina asked the World Bank to justify such allegations. The World Bank filed a complaint with the Canadian Royal Mounted Police against the Canadian business SNC-Lavalin.

Due to the World Bank’s delay, Prime Minister Sheikh Hasina refused the World Bank loan and declared the building of the Padma Bridge with her own finances. This was a risky move.

The bridge’s development will have a significant economic effect on the country. In 2010, Maunsell, reported that the bridge’s Reward Ratio (BCR) was 1.6% and the Economic Rate Of Return (ERR) was 18%. The BCR will be 2.1 and the ERR will be 22%.

In other words, the bridge’s building will be financially profitable. Connectivity between Dhaka and the 21 southern districts will be cut by two to four hours. The direct connection to the capital will aid in the expansion of trade and commerce, as well as the supply of raw materials and industrialization. Agriculture will significantly improve. Farmers will benefit from higher commodities prices.

In addition to the design experts, the World Bank’s independent consultants and the Bridges Team’s consulting firm assessed the bridge’s economic effect. The seaports of Mongla and Payra will be active. The tourism sector will thrive, and domestic and international tourists will flock to new and old tourist spots such as Kuakata beach in the southern area, the Sundarbans, Bangabandhu Mazar in Tungipara, and old and new resorts at Mawa and Jazira.

Advantages of communication and transportation

According to the Asian Development Bank (ADB), the south-west region of Bangladesh is home to 27% of the country’s total land area.  According to a BBC source, the old roads have been improved, and freeways on both sides of the Padma Bridge have been built at a cost of Tk11,000 crore. As a result, opening the bridge will enhance transport there several times over.

According to an ADB source, the Padma Bridge would accommodate 24,000 vehicles per day in 2024, increasing to 67,000 by 2050. Furthermore, the Padma Bridge will significantly reduce the travel distance between Mongla Port and Dhaka. Increasing the importance of the Mongla port in the movement of commodities and improving connection between Dhaka and the south will save many working hours, accelerating the country’s economic growth.

The opening of the Padma Bridge is expected to increase trade across the country. Experts predict an industrial revolution in 21 southwest districts, particularly within a year of the opening of the double-decker bridge.

After the Padma Bridge Rail Link project is done, the trip from Dhaka to Kolkata via Jessore will be cut in half, boosting the country’s foreign trade. Furthermore, after the bridge is completed, it will cut the cost of gasoline, power, and online services, thereby expanding the region’s current trade.

The total production of the transport, trade, and local industrialization focused around the Padma Bridge, as well as GDP growth, will have an effect on the country’s entire economy. A BRAC study anticipates a 5% contribution to GDP in 31 years based on the present base year.

The Padma Bridge is no longer simply a steel structure; it has become the focal point of Bangladesh’s ability, economic prosperity, and the emotions of the Bangladeshi people.

Bishal Basu is a freelance contributor. 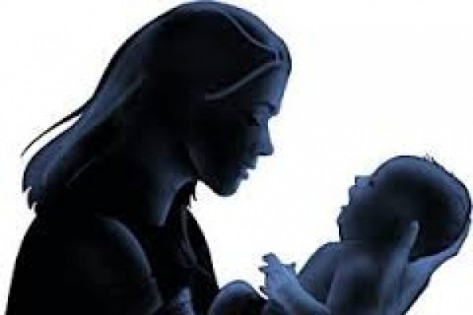