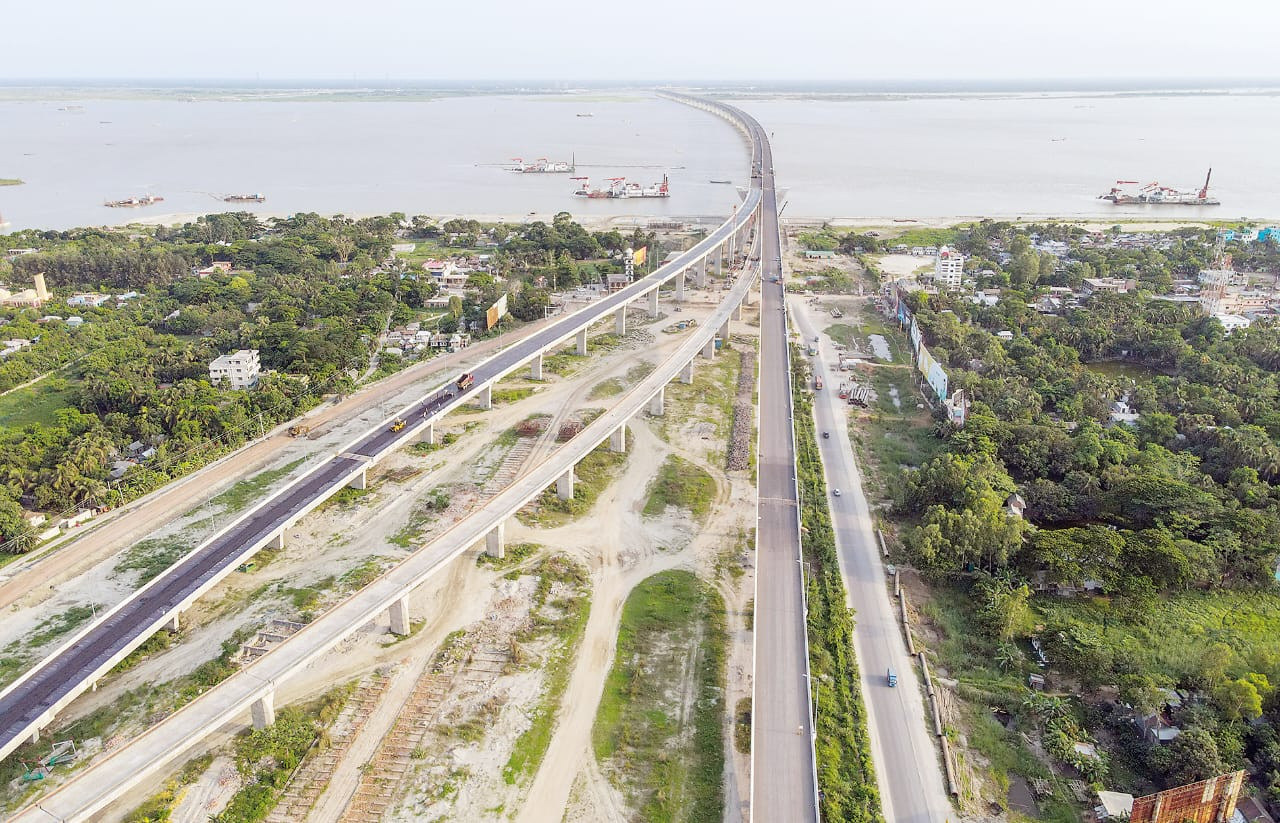 Prime Minister Sheikh Hasina on Thursday told Parliament that the construction cost of Padma Bridge has been very reasonable with no scope for corruption.

“According to any consideration, this cost is very much reasonable. It has very much similarity to the costs of other bridges constructed in the recent times,” she said while giving a reply to the questions about the ‘high cost’ of the Padma Bridge project raised particularly by BNP lawmakers.

Sheikh Hasina, also the Leader of the House, was delivering her valedictory speech in the 18th session (budget session) of the 11th Parliament.

She said the Padma Bridge has opened a golden door for the economic progress of the country.

“It has put a positive impact on the whole nation. All the people now say that we can do too,” she said.

The premier said the successful construction of the bridge has created confidence among the people. The power of the people will usher us to build Bangladesh as a developed and prosperous country by 2041, she added.

Noting that the bridge has not only established the direct connectivity between the southern region and the capital, she said, “I think that it has opened up a golden door for Bangladesh to make further economic progress.”

Citing various reasons behind the cost of Padma multipurpose bridge project, she said the cost of the main bridge is Tk12,133.39 crore, including Tk1,000 crore for installation of 400-kv electricity transmission line and gas line.

The cost of every component of the bridge has not exceeded what was estimated by the tender evaluation committee. Rather the costs have been slightly less than the estimation in some components, she said.

Hasina said when the construction of the bridge has been completed the costs particularly in the main two components — the main bridge and river training — have not exceeded the estimate done eight years after starting its work.

Such success of Padma Bridge would be considered as a very remarkable achievement at any evaluation. “No scope for corruption was there in it,” she said.

The PM said she thinks that the project cost can be recovered within 18-20 years.

In 2007, the caretaker government actually made no such design on the basis of estimation rather it just depended on the feasibility report, she said.

“Bangladesh has reached a new height in the world through the construction of Padma Bridge. Those who used to neglect Bangladesh in the past would not do so anymore now,” she said.

About the flood, the PM said the government started the relief and rescue operation immediately after the flood hit the north-eastern part of the country.

She said the government would take steps to rebuild houses and roads damaged by the flood as part of their rehabilitation.