The home textile industry has risen to second place in the export trade of Bangladesh, leaving behind other sectors. After readymade garments, most of Bangladesh’s export earnings are coming from this sector.

Home textiles registered a growth of 36.79 percent in the first nine months (July-March) of the current 2021-22 fiscal year (FY) which is being considered a new hope for the country’s home textile industry.

According to the latest data from Export Promotion Bureau (EPB), the exporters of this sector earned Tk 115.78 crore (1.15 billion) from home textile exports, which is 36.79 percent more than the entire period of the last fiscal year.

M Shahadat Hossain, Chairman of Bangladesh Terry Towel and Linen Manufacturers and Exporters Association (BTTLMEA), told the Bangladesh Post that he had predicted this growth earlier.

“European-American buyers are now becoming more interested in importing from Bangladesh after turning away from Pakistan for various reasons. We are getting orders from many countries because of the Russia-Ukraine crisis as well,” he said.

However, he also mentioned that due to the high price of yarns and 37 percent import duty on yarns, Bangladesh is yet to reap the benefit of many opportunities.

“If the availability of yarns could be increased and the import of yarns could be made duty-free, we could exploit the newly occupied markets for the home textile sector. I have stressed this issue in the pre-budget meeting. We are expecting positive news from the tariff commission. Once this obstacle is eliminated, export earnings from this sector will surpass 2-3 billion dollars annually,” he added.

Bangladesh has been able to take the advantage of rising demand for comfortable and innovative home textiles as it has a range of quality products at reasonable prices.

Noman Terry Towel Mills Limited is one of the textile companies of the Noman Group. The company exports around 70 percent of the country’s total home textile products.

While talking to the Bangladesh Post, Mohammod Yeasin Mahmud, Executive Director of Noman Terry Towel Mills Limited said, “Due to capacity building, we have been able to export a huge amount of products. We have also increased the use of natural jute in the production of innovative goods.”

He mentioned that exports are increasing, but the price of raw materials has also increased.

“The cost of production is increasing in line with the price of raw materials. We are exporting to many countries of the European Union. Many buyers based in Pakistan have also recently shifted their focus placing orders in Bangladesh,” he added. 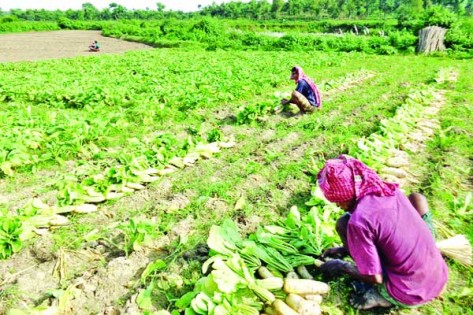