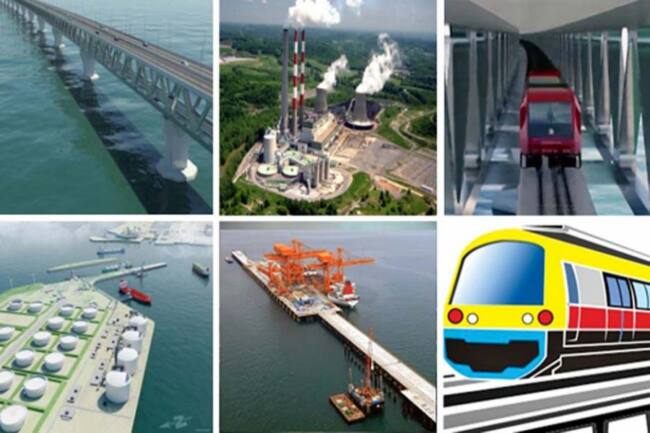 With the installation of the first reactor pressure vessel at the Rooppur Nuclear Power Project on last Sunday, 10th October, Bangladesh has entered the nuclear era and is now the 33rd proud country to have a nuclear reactor for producing electricity. While inaugurating the installation of the reactor, Prime Minister Sheikh Hasina also announced that she has plans to set up a second nuclear power plant in the southern part of Bangladesh and sought Russian assistance for this.  Already South Korea has announced that it is ready to install this second power plant if Bangladesh so desires. For my generation this is a fairy tale journey from bullock carts to space satellite and from kerosene lamp to twenty four hour availability of electricity. Fifty years back Bangladesh produced less than 500 MW of electricity. Currently, Bangladesh’s built-in capacity of power generation is 25,000 MW while it can distribute 12,500 MW.

At birth the country had a problem of management of deficit virtually in all sectors. Today it has a problem of management of surplus in many cases. Bangladesh sending the Bangabandhu Satellite, making the Padma Bridge with own resources, connecting the two sides of the Karnaphuli River in Chattogram through a tunnel, the construction of metro rail in Dhaka  and, on top  of all, connecting the world through digital technology has  raised Bangladesh to a new height of development. This is the same Bangladesh which began its journey in 1972 depending on relief and aid but is now in a position to give relief and loans to other countries. The current generation will not be able to understand the fifty years journey of Bangladesh – from a country of no hope to a country that has been declared as a role model for the least developed and underdeveloped countries, even by United Nations and other international agencies. World renowned economists have termed Bangladesh a country of ‘mysterious economy’ while the UN Secretary General termed Bangladesh as “Development Miracle’.

The journey of Bangladesh over the last fifty years has not always been smooth. The country has witnessed the killing of its Founding Father Bangabandhu Sheikh Mujibur Rahman with his entire family excepting his two daughters, the current Prime Minister Sheikh Hasina and Sheikh Rehana within three and a half years of independence. It has seen the despotic rule of two military dictators.  It survived the misrule of elected governments and experienced how a peaceful country can turn into a safe haven of militants and insurgents and playground of Pakistan’s infamous military intelligence service ISI and how a country born out of blood, sweat and tears revert back to the ideologies of Pakistan with whom the people of this country fought a bloody war of liberation that cost three million lives. 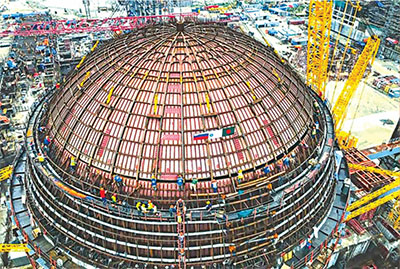 Where Bangladesh stands today is not a miracle. It can simply be attributed to the visionary leadership of the eldest surviving daughter of Bangabandhu and the current Prime Minister Sheikh Hasina. Her courage, tenacity and patience have transformed Bangladesh into what it is today, the 41st largest economy in the world and destined to become the 24th by 2030. The pandemic perhaps will change the course a little bit, but as of now it seems the country is heading towards a right direction. But the resilience and the proactive steps taken by the government under the directives of the Prime Minister have already been acknowledged by the international agencies and in next few months the country may recover the socio-economic losses it has incurred over the last one and a half years due to Covid-19 pandemic.

During the recent pandemic period, every country in South and South East Asia struggled to save its people and keep the economy moving. Not many countries succeeded in doing this simultaneously but the performance of Bangladesh was comparably better. Though in the initial stage Bangladesh also struggled to cope up with situation as the pandemic, like rest of the world, was new to Bangladesh, soon the country woke up to the reality and began some damage control measures. In the meantime the main intervention came from the Prime Minister who took some proactive measures including ordering the required vaccines from the Serum-Institute of India. Unfortunately Serum-Institute failed to keep its commitment fully and in the middle it stopped shipment of the vaccines. This happened as India was overwhelmed by the pandemic and all vaccine export from India was stopped. It was a service to people of India first policy. But this was not well received by people in Bangladesh as the vaccines from the Serum Institute were purchased and it was an international contract. But Bangladesh soon got vaccines from other sources and as of now the pandemic has been controlled and today it has been acknowledged by many world bodies, including WHO that Bangladesh has managed the Pandemic quite well than many of its Asian neighbours. One of the reasons why Bangladesh has done better in the management of pandemic-related economic problems is the distribution of cash incentive packages to the most vulnerable sections of the population, a feat not many countries in the region were able to replicate.

Though Bangladesh’s economy slumped in the initial weeks of the pandemic because of shutdown of most of the factories and enforcement of a travel ban within the country,  the country’s economy is now back on the track. The World Bank and the IMF have calculated that the current GDP of Bangladesh is US$ 300 billion dollars; by 2022 it may reach US$ 500 billion (Daily Star 10th October). Per capita income of Bangladesh which now stands at US$ 2227 is the highest in South Asia though the country is lagging behind India in Purchasing Power Parity (PPP). On 12th October the IMF released its ‘Work Economic Outlook’ for 2021 and reiterated that the current year will be reiteration of the previous year. Bangladesh will be ahead of India in terms of per capita income. Because of the government’s liberal investment policy, the private sector has grown and today 81 percent of GDP is contributed by the private sector.

During the height of the pandemic, China was virtually shut down from the rest of the world, thus disrupting the global supply chain. This has resulted in many foreign investors pulling out their investment from China and relocating them elsewhere where the investment environment is friendly. In a report published recently by Bangladesh Export Zone Authority (BEPZA) it received big investment proposals, mostly from China, Japan, India and South Korea (The Business Standard 11th October 021). Many see this as a benefit from the US-China trade war and the total investment destined for Bangladesh may go up to US$ 1 billion and most investment proposals are made for manufacturing of non-apparel products. This will make Bangladesh less dependent primarily on a single product i.e., readymade garments. Already Nokia, once world’s leading brand in cell phone industry, has their assembly plant in Bangladesh and it is expected that soon two major Chinese brands Xiaomi and Huawei may also begin assembling their cell phone sets in Bangladesh too. This will cut their total shelve price drastically. Japanese investors have sought fifty plots in Bangabandhu Sheikh Mujib Shilpa Nagar located in Mirsari, Chattogram, for setting up 50 industries. This will mean job creation for those unemployed with university degrees or are semi-skilled. The biggest challenge for Bangladesh currently is to invest heavily in creating human resource out of a large pool of young population by giving them the required skills and training.

Bangladesh’s infrastructure, the ports and airports must be made more business friendly, high dependence on inefficient bureaucracy cut down and, on top of everything, corruption in different public organizations brought down to zero level. The rule of law still suffers from credibility deficit and the chaotic banking sector should be completely reformed. Under the leadership of Sheikh Hasina Bangladesh has braved many odds and is heading towards the ‘Sonar Bangla’ (Golden Bengal) her father dreamt of. Sheikh Hasina must also be watchful of the people who surrounds her, monitor what they do and don’t. Too much reliance on such people may prove to be suicidal.

Abdul Mannan
The writer is an analyst and a commentator 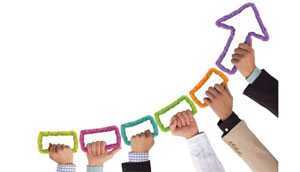