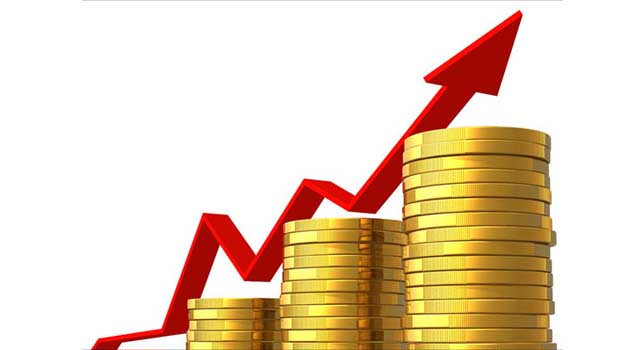 Despite a massivce blow to the global economy due to coronavirus crisis, Bangladesh is an exception as it continues to demonstrate high economic growth with less import and more exports.

The country’s economy witnessed a record growth in the 10 years, expecting it to make the fastest growing nation in the Asia Pacific region, analysts said.

The country’s remittance inflow witnessed a record high to touch a milestone of $18.20 billion last fiscal despite a global economic recession amid the Covid-19 crisis.

This inflow was almost 56.27 percent higher than that in last 10 years.

Besides, the figure was 10.85 percent higher than that of the previous fiscal year.

The country’s remittance inflow has increased 35.93 percent to $1.96 billion in August against $1.44 billion in the corresponding period of the previous year amid the coronavirus pandemic.

Expatriates sent a record remittance of $2.60 billion from abroad in July.

This is the highest monthly remittance received in the country’s history helping push foreign currency reserves up to $39.04 billion till August in the current year.

On the other hand, the contribution of net export growth was positive, supported by a diversion of garment export orders from China and a decline in imports.

The country has earned more than $1.46 billion by exporting goods in May, according to the Export Promotion Bureau. The figure was only $0.52 billion in April.

The government has set target to reach close to $12,500 (per capita income) by 2041 for achieving the status of a developed country.

The government has maintained inflation rate under control over the decade. The inflation rate has reduced to almost six percent from almost 10 percent in fiscal 2010-11.

Bangladesh has achieved the fastest growth in the Asia-Pacific economies comprising 45 countries, according to the Asian Development Bank (ADB) report published last year.

It said the growth will be 8.0 percent in FY2020, terming it a new record. However, due to coronavirus pandemic, Bangladesh has reported 5.24 percent GDP growth in FY 2019-20.

Planning Minister M A Mannan told Bangladesh Post, “Bangladesh is on the right path for attaining its desired development goals as the government has taken all measures to build a developed nation.”

“If there is continued political stability alongside a good working environment, it would be possible to yield much more results, and overcome many problems,” he added.

Mannan also said, “We expect to achieve the developed country status on time scheduled before 2041.”

“According to the Bangladesh Bureau of Statistics (BBS), it has come to 5.28 percent as a preliminary,” he said, expecting that the effect of corona will be cut from 2021-22 fiscal year. The economy will accelerate. As a result, achieving this goal will not be difficult.”

According to the draft plan, without Corona, the target for GDP growth in the current fiscal year 2020-21 would have been 8.23 percent, but now it has been reduced to 6.50 percent.

Former lead economist of the World Bank Dr Zahid Hussain told Bangladesh Post, “The economy is slowly turning around as the Covid-19 has gradually reduced across the world during several months.

“Many countries have now opened their borders,” he said adding that now a normal situation has gradually been created.

Although the country’s economy has witnessed rapid growth, sustaining the economy now is a bigger challenge, he mentioned.