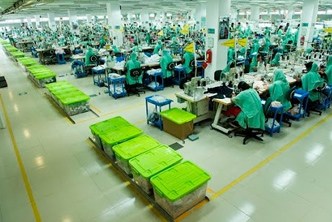 Commerce Minister Tofail Ahmed yesterday said nearly 300 green readymade garment (RMG) factories are under construction apart from existing 67 such factories in the country.
“A total of 67 RMG factories have so far been certified as ‘green factories’ by the United States Green Building Council (USGBC), and of them 17 factories are included as the platinum class,” he said replying to a written question from Awami League lawmaker M Abdul Latif (Chittagong-11) in the House.
The commerce minister also informed that the world’s best seven factories out of the 10 certified by the USGBC are situated in Bangladesh and about 300 more green RMG factories are under construction. According to the Labor Law and Labor Rules, he said, there is no direct rule about the green factory.
“However, as per a compliance report (January 2017-December 2017) of the Factory and Organization Inspection Directorate, the number of “A Grade” RMG factories are 436 and the “B Grade” are 228,” he said.
Tofail further said the programs for ensuring compliance by making the RMG factories environment-friendly and including them in “green factory concept” gradually are underway.