The country’s first deep sea port at Matarbari will be modelled on the Japanese ports of Kashima and Niigata and feasibility study of the proposed port has already been completed, CPA chairman Commodore Zulfiqur Aziz said yesterday.

He also said the negotiations for loans with JICA for construction of the deep sea port will begin in May.

The Chittagong Port Authority (CPA) has taken up several plans to cope with the pressure of handling an increasing volume of exports and imports.

The government is planning to build a deep sea port in Matarbari, Cox’s Bazar, by using a facility of the Matarbari coal-fired power plant. Two terminals of the deep sea port—a container terminal and a multi-purpose terminal—will be built at the channel of the plant by 2023.

In this situation, the channel built for the Matarbari coal-fired power plant would be extended to the sea by deepening it so that 16-metre-draft vessels with 8,000 TEU container capacity could berth, said Aziz.

The deep sea port will have a draft of 16 metres, where 350-metre-long vessels with a capacity of 8,000 TEU containers will be able to berth—this is double the capacity of the Chittagong Port.

Zulfiqur Aziz said this at a workshop, which was arranged jointly by the CPA and the Japan International Cooperation Agency (JICA), at the CPA auditorium.

The CPA hopes that it will able to ink the loan

agreement by June. This deep sea port will ease the

The CPA said the government had urged the Japanese government to prepare a master plan for integrated development of South Chittagong and Cox’s Bazar. Responding to the call, JICA prepared a master plan in 2016, showing the possibilities of the Madarbari coal-power plant and the deep sea port.

In February this year, Prime Minister Sheikh Hasina laid the foundation stone of the 1,200-MW power plant. A 250-metre wide channel with a draft of 16 metres will be created to enable vessels carry coal to the power plant. The plan shows the possibility of building a deep sea port here by using the channel.

It was pointed out at the workshop that none of the seaports in Bangladesh are deep sea ports. As a result, ships requiring considerable draft cannot enter them.

It was also said that by 2041, the existing container handling would rise from 5.7 million TEUs to 6.5 million TEUs and the number of vessels would reach 8,200. The present seaports of the country do not have the capacity to handle huge containers and vessels and the building of a deep sea port is the only solution. 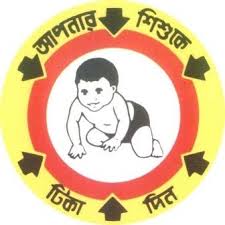