The government is going to develop a commercial seaport for facilitating berthing of mother vessels having carrying capacity of 8,000 containers at Matarbari under Moheshkhali upazila in Cox’s Bazar.

The first deep seaport of the country will be set up using the channel being developed for offloading coal for the under-construction 1200MW coal-based power plant at the Matarbari.

Mother vessels with 320 to 350-metre length and 16-metre draft will be able to take berthing at the port jetty.

Feasibility study, two facts finding and an appraisal missions have already been completed for the project and the port will go into operation with necessary facilities by 2023.

Chittagong Port Authority (CPA) disclosed these at the stakeholder consultation workshop on the ‘Matarbari Port Development’ at the auditorium of Chittagong Port Training Institute in the city on Monday.

Commodore Zulfiqur said that Chittagong port is a very old port and has limitation.

According to forecast, the quantity of container handling will stand at 14 million Twenty Equivalent Units (TEUs) container and 120 million tonnes cargo by the 2043, he said.

After completion of the ongoing projects, including the PTC, Laldia Terminal and Bay Terminal, the Chittagong port will not be able to handle more than 7 million TEUs containers per year, said the chairman.

Moreover, CPA will act as coordinating agency for port operation of the coal-based power plant in Matarbari, he said.

“Having deeper water, big vessels will be able to take berthing in the Matarbari port,” added the chairman.

CPA Member Zafar Alam in his presentation said that the initiative “Bay of Bengal Industrial Growth Belt (BIG-B)’ was taken after the Prime Minister Sheikh Hasina’s visit to Japan in September in 2014.

Potential for developing a seaport using the channel and terminal to be developed for importing and offloading coal for the plant was appeared later.  A feasibility study for developing a 16-metre draft and 250-meter wide channel was also conducted for the seaport.

Setting up of the port aimed at developing a deep seaport in the country, creating scope for berthing of modern vessels carrying containers, bulk cargo and oil tanker, lessening pressure on Chittagong port and fulfilling the increasing demand of export and import, and assisting the goods transportation in industrial zones in Matarbari and Moheshkhali areas.

The power plant and seaport will be developed with the financial assistance from Japanese government while CPA will supervise and operate the port, said the CPA member.

“The vessels with deep-draft cannot take berthing at the existing seaports of the country as those are not deep seaport.

So, to ensure jetty facilities for the vessels with deep-draft the project for developing the Matarbari port was taken as priority-project in the seventh five-year plan,” he said.

Following the advancement of trade and commerce in the country, it can be projected that the production sector will witness huge expansion by 2041.

So, another seaport is required for handling the huge quantity of containers and vessels, he said.

“Matarbari will be the first deep seaport in the country and primarily two terminals will be developed there for berthing of vessels having 320 to 350-metre length, 16 metre draft and 8,000 TEUs container carrying capacity,” said Zafar.

Initiatives were also taken for developing infrastructures for road and rail communications to facilitate transportation of goods to and from the port.

Mentionable, vessels having over 190-metre length and 9.5-metre draft cannot take berthing at the jetty of Chittagong port which now can handle 3500-3800 TEUs imported containers per day.

The new port will be developed following models of the Kashima and Nigata ports in Japan.

The port will be connected with the sea through excavating channel and the activity has already been started, said the CPA official.

Activities for loan negotiation for the project will be started by next month (May) and deal will be signed for detail design by June to start operation at the port by 2023, he added. 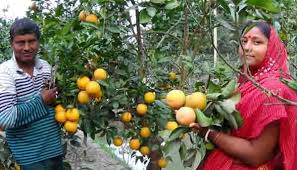