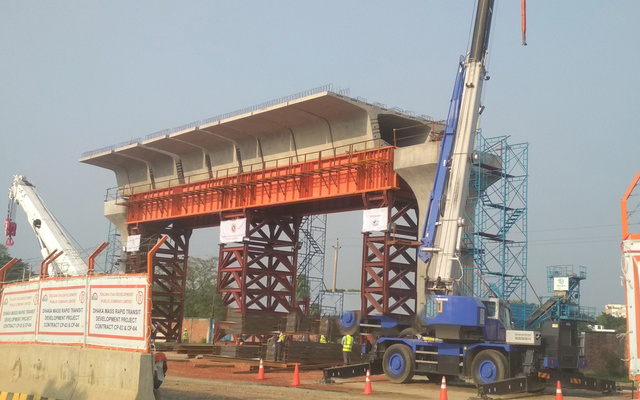 Construction of the eagerly anticipated metro rail system is going on in full swing with the erection of a viaduct on two piers at Diabarhi in Uttara in the first week of April. A viaduct will also be erected soon on two piers currently under construction in Agargaon.

A viaduct is a long bridge-like structure, typically a series of arches, carrying a road or railway across a valley or other low ground.

A pier is a solid support designed to sustain vertical pressure, in particular the pillar of an arch or supporting a bridge.

According to the latest report from the Dhaka Mass Rapid Transit Development Project, as many as 15 percent of the project was completed until Mar 31.

However, the progress on the project has sped up over the past 15 days, claimed Siddique.

The former secretary expects the metro rail from Uttara, the starting point of the project, to Agargaon to be inaugurated by December 2019.

The project is scheduled to be complete by 2024. “But we are making efforts to complete the work beforehand in line with the prime minister’s instructions,” said the managing director.

“We have made special efforts and changed our action plan, which we are now following. We hope to inaugurate metro rail from Uttara to Agargaon by Dec 2019 and to Motijheel by Dec 2020 if work continues at the current pace,” he said.

Motijheel is the end point of the system.

The ‘pre-cast segment box’ of viaduct has been set up on pier no. 22 and 23 and could be seen on Sunday. However, the parts of the viaduct were yet to be connected and the supports to keep those on the piers were not removed.

Project officials said the supports at the bottom will be removed once the segments are connected.

The entire construction area has been surrounded by concrete walls with workers buzzing inside. On-going piling work is seen at different points up to Agargaon. Workers are constructing one pier in front of Sher-E-Bangla Agriculture University in Agargaon.

Officials said the project is being implemented under eight packages. Among those, land development for the depot began in Diabarhi under package no.1 in October 2016 which is complete.Public works in the depot area are being done under package-2 which began in October 2017 and the progress is 4 percent. Construction of stations and viaduct from Uttara to Agargaon under package-3 and 4 has progressed 5 percent.

Construction of stations and viaduct from Agargaon to Motijheel under package 5 and 6 has not begun but the land survey is done.

The electrical and mechanical system of the project is being implemented under package 7. The evaluation report of financial proposal for this package has been sent to JICA for approval.

Rail coach and depot equipment collection is being done under package 8, which has progressed at least 9 percent, sources said.

All 12 survey works from Uttara to Motijheel have been completed at different phases. Utility of the project has been relocated from Uttara to BIRDEM hospital in Shahbagh.

“We have set the pier caps in Agargaon and it will take 10-15 days at the most to set the piers,” he said, adding they have already ordered for the coaches.

“We have sent an order to Japan for the train. They are manufacturing our trains in red and green colours.” 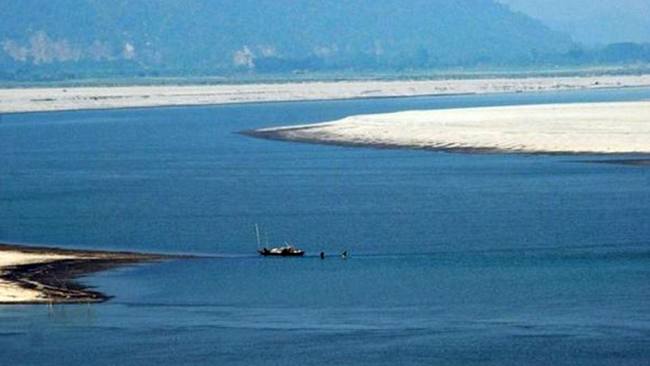