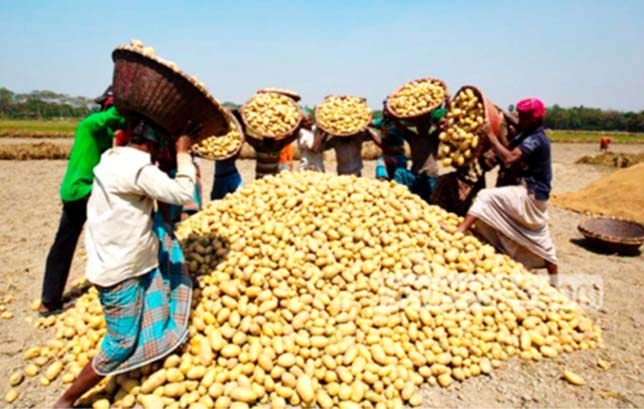 The farmers have achieved a bumper production of potato after harvesting a total of over 2.16 million tonnes of the crop this time in Rangpur agriculture zone.
Officials of the Department of Agriculture Extension (DAE) said a target of producing over 1.89 million tonnes of potato had been fixed from 94,830 hectares of land in all five districts under Rangpur agriculture region during the just ended Rabi season.
The farmers, however, had cultivated potato in 94,843 hectares of land, which was 13 hectares more than the fixed farming target of potato this time.
“After completing harvest recently, the farmers have produced 2.16 million tonnes potato exceeding its fixed production target by 0.26 million tonnes or 14 per cent in the region,” DAE horticulture specialist Khondker Md Mesbahul Islam told the news agency on Monday.
He said the DAE, the Bangladesh Agricultural Development Corporation, Bangladesh Agriculture Research Institute and other organisations and departments provided quality potato seeds and inputs to the farmers to achieve the success.
Meanwhile, the farmers expressed their pleasure over super bumper potato production and recent rise in its market price.
Farmer Ariful Haque Batul of Najirdigar village under Sadar upazila said he cultivated ‘Granula potato on four acres of land and harvested 28.21 tonnes of production this season.
“I’m selling every sac of potato containing 84 kg of the crop at Taka 430 per sack on an average and earning better now though the price was lower in recent weeks,” he said.
“Every sack containing 84 kg of ‘Diamond’, ‘Cardinal’, ‘Raja’ and ‘Astarisk’ varieties of potato is being sold at rates between Tk 640 and Tk 660 in the local markets,” said a local potato trader Mubarak Ali. 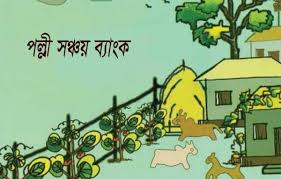