Country’s jute production witnessed nearly a hundred per cent increase since independence. The production of the most affordable natural fibre rose from over 42 lakh bales in 1971-72 to over 82 lakh bales in the last financial year (2016-17), reports UNB.

What’s most heartening is the increased production came mostly from better breeds and farm management rather than acreage expansion. While jute acreage increased only marginally over the past four decades, its yield marked significant rise largely because of better crop managements, input, better breeds and quality seeds.

Bangladeshi scientists in recent years decoded the genetic mapping of both tossa and deshi jute opening up opportunity to develop better quality fibres.

The fibers are off-white to brown, and 1-4 meters (3-13 feet) long. Jute is also called “the golden fiber” for its color and high cash value. The suitable climate for growing jute (warm and wet) is offered by the monsoon climate. Temperatures from 20˚C to 40˚C and relative humidity of 70-80 percent are favourable for successful cultivation. Jute requires 5-8 cm of rainfall weekly, and more during the sowing time.

The importance of the jute sector to the Bangladesh economy, in particular, cannot be over-stated, it is a major cash crop for over three million small farm households, the largest industry, producing about one-third of manufacturing output, and the largest agricultural export commodity in Bangladesh. The livelihood of about 25 million people is dependent on jute – related activities in agriculture, domestic marketing, manufacturing and trade.

It is one of the few crops which can be grown in the monsoon season, and can be rotated with rice to restore the soil fertility and structure. The leaves of jute plants enrich the fertility of the soil for sustained agriculture, and have good nutrition value as vegetables. Jute fiber is 100 percent bio-degradable and recyclable and thus environmentally friendly, reports UNB. 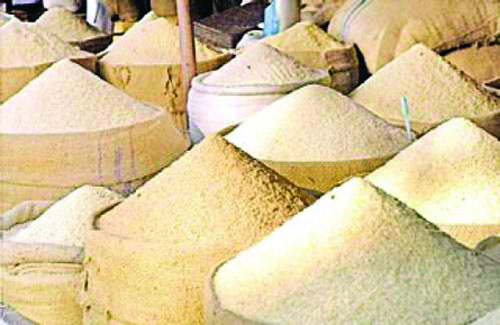