Bangabandhu Sheikh Mujibur Rahman was assassinated through conspiracies by plotters from both home and abroad during 1975. Following the tragic death of Bangabandhu Sheikh Mujibur Rahman, Bangladesh was ruled by Ziaur Rahman, Khaleda Zia and HM Ershad from 1975 to 1995 who generated a vicious legacy of political malpractices. However, Sheikh Hasina formed her government on the basis of national consensus by winning the election of 1996. Sheikh Hasina set luminous examples by speeding up the development process of Bangladesh which was unprecedented since the country’s independence.

The greatest success of the government led by Sheikh Hasina was making Bangladesh self-sufficient in food by overcoming hunger and poverty. The highest emphasis was laid on agricultural sector. Fertilizers at convenient costs and electric supply to farmers were ensured under Sheikh Hasina’s firm leadership. Agricultural loans of 2500 crore taka were distributed among farmers during 1996 to 2001 which led to very satisfactory production of crops. 2 crore 69 lakh tons of food were produced in the country which was higher than demand by 29 lakh tons.

Ganges water sharing treaty was signed with India on 12th December 1996 which ensured the right quantity of water for Bangladesh. The government under Sheikh Hasina during 1996 to 2001 displayed enormous success in tackling the severe floods of 1998 which uplifted Bangladesh’s fame on the global stage for the country’s competency in disaster management. 70% of the country’s landscape was inundated by the floods of 1998 leading to losses equivalent to more than 10 thousand crore taka.

The government distributed 62000 metric tons food all over the country to aid flood affected people during 1998. 2 crore 10 lakh people were provided with free food supply through vulnerable group feeding (VGF) cards for nine months. Massive financial support was given to 8 lakh 88 thousand landless and marginal farmers across Bangladesh. As a result normal circumstances were restored to the country despite the terrible floods of 1998. Global media highly applauded Sheikh Hasina and her government during that time for their tremendous success in sustaining Bangladesh’s economy by rapidly overcoming the adverse effects of 1998 floods.

Another success of Sheikh Hasina’s government was to build up cluster villages for homeless people under supervision of Bangladesh Army. Bangladesh began to gain a strong economic foothold through the effective measures implemented by Sheikh Hasina’s efficient leadership. Growth rate rose to 6.4% while inflation rate was reduced to 1.49%. Bangabandhu Bridge was opened for transports in June 1998 at a cost of 962 million US dollars which is South Asia’s fifth longest bridge which broadly facilitated communication with the northern part of the country. The successful construction of this bridge added much pace to the economic advancement of Bangladesh.

UNESCO acknowledged 21st February as International Mother Language Day on 17th November 1999 through the robust efforts by Sheikh Hasina and her government. It was a great honor for Bangladesh on the global platform. Sheikh Hasina has all along worked for establishment of regional and global peace on the basis of “friendship to all, malice to none”.

During 1996 to 2001, Bangladesh government signed Non Proliferation Treaty (NPT), Comprehensive Test Ban Treaty and some more accords against landmines and against chemical weapons which were widely admired by the entire world. Sheikh Hasina was elected for the post of President, Association of Asian Parliament. She held the echelon of joint chairperson in microcredit summit in Washington DC in 1997.

D-8 summit was held in Bangladesh during 1999. Bill Clinton was the first American President to have ever visited Bangladesh in 2000. Prime Minister Sheikh Hasina visited the United States of America in 2000 following invitation from the US government for the first time as Bangladesh’s head of government. Sheikh Hasina presided over the D-8 summit in Cairo in 2001 and she also addressed a conference in Brussels on least developed countries (LDC).

Bangladesh made a lot of strides forward during 1996 to 2001. But Bangladesh Nationalist Party (BNP) and Jamaat won the election of 2001 through rigging and they started a heinous reign of murders, corruption and torment. I have always upheld the values of the glorious Liberation War of 1971 and I have provided service to the country’s people with utmost devotion and patriotic principles. But I had to resign from my job in 2001 when undue pressure was imposed on me in a totally unethical manner. It is well-known to Prime Minister Sheikh Hasina for what reasons I had stepped down during 2001.

A ray of hope emerged on the horizon when Awami League once again came back to power in 2009 by winning the polls of 2008. Since taking over the entire country’s responsibility, Prime Minister Sheikh Hasina has carried out a great deal of development programs for Bangladesh’s all out prosperity. Comprehensive infrastructural projects have been implemented which have enhanced people’s socio-economic privileges during last several years across Bangladesh.

Sheikh Hasina has been greatly admired by international organizations for her bold and humanitarian roles over the Rohingya crisis. Bangladesh’s progress with education, health, technological, economic and some more sectors has amazed the whole world for which Prime Minister Sheikh Hasina deserves credit. Sheikh Hasina has in the meantime achieved a number of highly prestigious prizes for her dedication and dynamism for the advancement of Bangladesh’s people. Prime Minister Sheikh Hasina is now being viewed by global leaders as a role model for economic growth.

However, the present government should stay on high alert to fight the perils which have affected the country’s banking and financial sectors. Huge magnitudes of defaulted loans and money laundering have glared up in recent times with extremely adverse effects on Bangladesh’s economic parameters which reflect the failure of Bangladesh Bank and Finance Ministry.

A few days ago the cabinet was reshuffled but the ministers who have humiliated the government with their reckless comments, incompetency and controversial activities have not been removed. Unpopular, inefficient, over-aged ministers should be replaced with hardworking, honest and devoted leaders. Good governance is very essential to retain the achievements the present government has obtained.

Allegations from political arena often refer to breaches of chain of command inside the ruling party as a result of which troublesome things have happened following the inclusion of members in the party’s sub committees. Some sycophants and fraudsters have entered Awami League who have close alliance with Jamaat and Hefazat-E-Islam, such complaints are also coming from the government’s well-wishers. Prime Minister Sheikh Hasina has recently said that flattery cannot misguide her. Therefore, she should initiate strong measures without delay to streamline her party by identifying all hidden conspirators and restoring discipline inside Awami League and all its wings.

We have witnessed with horror how Selina Hayat Ivy, mayor of Narayan-ganj City Corporation who is widely known as a transparent, popular leader came under violent attacks from her political opponents. Those responsible for the assault on Selina Hayat Ivy should be immediately prosecuted.

The policymakers of the government should work very cautiously with far-sight to sustain its image while the next election is coming up within this year. No such thing should be allowed to happen which may downgrade the ruling party’s achievements. 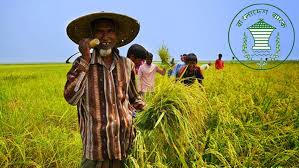