The Bangladeshi film ‘Oggatonama’ has won the award for the Best Screenplay in the just concluded SAARC Film Festival in Colombo. It was written and directed by Tauquir Ahmed, reports bdnews24.com.  “I’m honored,” Ahmed told bdnews24. com after receiving the award on Saturday. “Films from Sri Lanka, Nepal, and Afghanistan were good and so, the contest was tough. I am glad to have won this prize against such stiff competition,” he added.

Ahmed, who won the hearts of the audience with his forthright speech before the showing, said that he was able to “connect” with the audience through the film which dealt with some disturbing issues faced by Bangladeshi workers migrating to the Middle East and other countries for petty jobs.
“They are exploited and abused, even sexually. There are no human rights as far these people are concerned. I wanted to bring these things out through cinema and I believe I have been effective. Some in the audience at the showing here were in tears,” Ahmed said.
At the end of the screening the audience broke out in applause.’Oggatonama’ is the story of the unidentified body of a worker which arrives in a Bangladeshi village from another country. The story revolves around a hum-an trafficker Ramjan and a local policeman
Farhad who come in contact with each other because both are involved with a woman who is searching for a better life as a migrant abroad. But soon Farhad and Ramjan become entangled in the mystery of a dead body.Ramjan had sent a young man called Asir abroad by faking his identity.
After the dead body arrives in the village Ramjan tries to foist it on Asir’s father, telling him to the body is his son’s. But the family soon discovers the body is uncircumcised and so cannot be Asir. Then Asir’s father, Ramjan and Farhad set out the find the dead man’s family and hand over the body.
The film shows how, even in the midst of corruption, illegal activities and avariciousness, human decency survives and surfaces.”What set me thinking about the theme of a returned dead body was an incident related to me by my house help. After six years of research on the subject of returning bodies, I produced a play entitled ‘Oggatonama’. I then wanted  more people to see it and started working on a film script,” Ahmed said.
“But nobody wanted to finance a film based on a morbid subject like this. Eventually, I decided to work on a small budget and using an ordinary camera. The cast were drawn from my friends in Bengali theatre.”Not being a typical commercial film, Oggatonama was released in only 10 theaters. But when it attracted a sizeable audience, the number of screens increased to 15. The movie was, however, removed after a week, he recalled.
“Meanwhile, somebody had pirated it and put it up YouTube. This got one million viewers. Then my producers put it legally on the YouTube and the viewership rose to 10 million. My film was a hit!” Ahmed exclaimed.”Subsequently the film was screened 20 film festivals abroad including the Kolkata film festival, and has bagged 10 awards,” he added.
Asked what he planned to do in the future, Ahmed said that he stands for socially committed cinema and would like to work on  themes relating to human rights, rising above nationality, caste and creed. 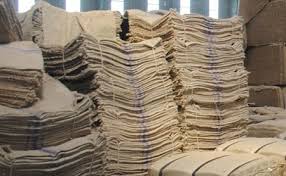