Chittagong Port Authority drawn up  21 points decisions to bring dynamism of the port to keep open the activities round the clock. In this connection , a 16 members committee  has been constituted to implement the proposed decisions and monitoring the activities, a reliable port sources said.
In the committee beside Port and Customs officials, representatives from different  port users bodies were included in the committee. In the meantime, CPA issued letters to the concerned agencies about the committee so formed including their representatives.
Congestions of ship  and container arises in the port due to some recent  reasons of natural calamities and handling problems. Following the dis content and fraustations of the business community, Prime Minister has directed to keep open the port activities round the clock.
According to directives of PM, ports and customs were kept open round the clock but yet to achieve ultimate goal  rather slight improvement in port activities. In this situation, Port authority , customs, Port Users held meeting twice and ascertained 21 points decision to mitigate the prevailing situation.
The meeting also demanded to implement these decision properly and sought cooperation of all stakeholders of port and Port users . A committee consisting 16 members headed by Director(traffic) was formed to implement these decisions.
Other members of the committee are chief engineer of CPA , Terminal Manager, customs representative, chamber representative, metro chamber official, representatives from shipping agents, container shipping association, BGMEA, BKMEA, Offdock association, BIKDA, Berth operators, terminal operators, ship handling association, Freight forwarders association etc.
The authority hoped that the prevailing situation will be improved by next week, sources said. 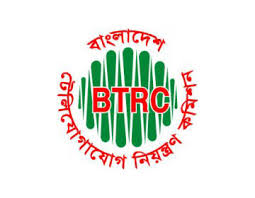