নীড় পুরস্কার Hardinge Bridge over Padma: A treasure-trove of heritage

Hardinge Bridge is a steel-made railway bridge over the Padma River located in Kushtia. It is named after Lord Hardinge, who was the Viceroy of India from 1910 to 1916.
The bridge is 1.8 kilometre long. It crosses the lower Ganges at Sara between Paksey and Bheramara stations on the broad gauge railway from Khulna to Parbatipur.
The construction of the Hardinge Bridge was proposed and discussed for more than 20 years before it was finally sanctioned for construction in 1908. After proposals were put forward by the then Eastern Bengal Railway in 1889, a committee was formed which reported that the construction of the bridge was possible.
In 1902, Sir FJE Spring prepared a detailed project on the bridge. There were many discussions like selecting the site of the bridge, and in 1907 a committee representing commercial interests recommended a site at Sara which had been favoured by Sir Spring.
A technical committee appointed in 1908 reported that a bridge could be constructed in a site near Sara, that is, the present site. The construction of the bridge started in 1910 and was finished in 1912.
It may be mentioned here that the British Engineer Sir Robert Gailes worked as the chief engineer in the construction. On January 1, 1915, the first trial train crossed the bridge down track and on February 25 of the same year, the second trial train crossed the bridge up track. Finally, on March 4, 1915, Lord Hardinge inaugurated the bridge.
At least 24,000 people were employed for constructing the bridge. The total cost of the bridge’s construction including installation of the main spans, land spans, training work and approaches was Tk 35,132,164.
There are 16 piers of caution type made of concrete cubes in the bridge. A portion of pier above water level is made of steel. The bridge comprises 15 steel trusses through spans with each 345 feet 11/2 inches long from centre to centre of bearing (308 feet 11/2 inches clear span) with six deck type steel girders by approach spans (3 at each end), each of 75 feet centre to centre of bearings (66 feet clear span approximately).
The original steel of Hardinge Bridge is of mild steel type equivalent to grade 43 of BS 4360 having yield stress of 20.8 tons/sq inch; ultimate tensile strength of 30.6 tons/sq inch at an elongation of 23 per cent. The original design loading for the girders was Indian Railway broad gauge B of 1903+33 per cent with an impact allowance giving a total live load of 1927 tons on two tracks.
During the Liberation War, the 12th span of the Hardinge Bridge broke down into the river by mortar shelling. One end of the span was hanging dangerously with the base and a 12.2m part from the other end collapsed. Mortar shells also damaged a cruise guarder and two striggers of the 15th span and the steel tassel upon the second base.
After the liberation, the bridge was reopened on 12 October 1972, repaired by the joint venture of Bangladesh Railway and the Eastern India Railway of India. But some part of the bridge had to be changed and updated.
The broad gauge lines are laid side by side with a separate footpath on the downstream side. A high-tension electric line is passed over upstream side of the bridge. The headroom of the bridge is rested by the structural frame up to a height of 6.71m from the floor level.
Jamuna Multipurpose Bridge Authority (JMBA) has a plan to renovate the bridge so that light and heavy vehicles can also use it.
It is the second largest railway bridge in Bangladesh. Another bridge named Lalon Shah Bridge for road transport beside the Hardinge Bridge has recently been constructed. 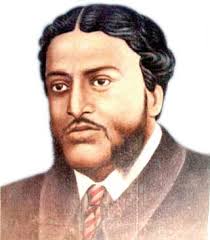