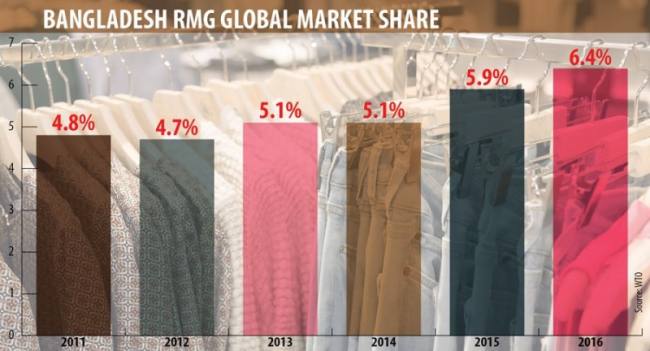 Bangladesh’s share of the global clothing market rose again in 2016 as the country sealed its place as the second largest exporter of apparel products – despite sluggish export growth and lacklustre demand.

According to the World Trade Statistical Review 2017 released on Friday by the World Trade Organisation (WTO), Bangladesh’s global market share in clothing rose to 6.4% in 2016, an increase of 0.50% over the previous year.

The continuous rise in market share shows that there is a huge opportunity for Bangladesh to spearhead RMG export in future. But there are also challenges if Bangladeshi manufacturers are to tap into the potentials, said trade analysts and RMG manufacturers.

“It is a positive sign that Bangladesh’s global market share increased, but the question is how much we reaped profit or if there is profit,” BGMEA vice-president Mahmud Hasan Khan Babu told the Dhaka Tribune.

He said the country’s market share will go down in the current year, as the sector has already witnessed negative growth in the first six months of 2017.

“In true sense, there is no growth in the just-concluded fiscal year, he said, adding that this is due to price fall,” the BGMEA leader said.

In FY’17, Bangladesh’s export earnings from the apparel industry, the lifeline of foreign currency earners, have seen only a 0.20% rise to $28.15 billion, the lowest in the last one and a half decades.

The global market for clothing products came down to $444 billion in 2016 from $450 billion in 2015. Although China still retains its position as the top exporter of apparel products with $161 billion, its market share slid to 36.4% from 39.3% last year.

China shifting is a great opportunity for Bangladesh but due to challenges it is remaining untapped.

“Bangladesh’s market share moved up as global consumption fell, while China is losing its stake. Our first challenge is not losing our competitive edge,” BGMEA senior vice-president Faruq Hassan told the Dhaka Tribune.

Hasan said the RMG manufacturers are failing to fulfil work orders due to increased congestion at Chittagong port.

“In tapping the China shifting opportunity, the government has to come up with policy support especially for infrastructure development,” he added.

Bangladesh’s closest competitor, Vietnam, narrowed the gap to third with a 0.70% year-on-year increase in its market share to 5.5%.

India’s market share came down to 4% from 4.1%, while Cambodia and Turkey retained their shares of 1.4% and 3.4% respectively.

“As the second largest exporter of apparel products, the rise in global market share and reducing gap with China is a positive indicator for Bangladesh,” Khondaker Golam Moazzem, additional research director of Centre for Policy Dialogue (CPD) told the Dhaka Tribune.

“But we cannot grab the market share which China is losing. As a result, Bangladesh’s gap with its close competitors is coming down gradually,” said Moazzem.

In order to grab more market share, the government should devise policy taking the sector people on board, said Moazzem.

“Since there is sound growth in non-traditional markets, Bangladesh should identify what type of products are in demand globally and concentrate on producing those items,” said the CPD official.

He also suggested that the government should ensure a congenial business environment to draw foreign investment from China. 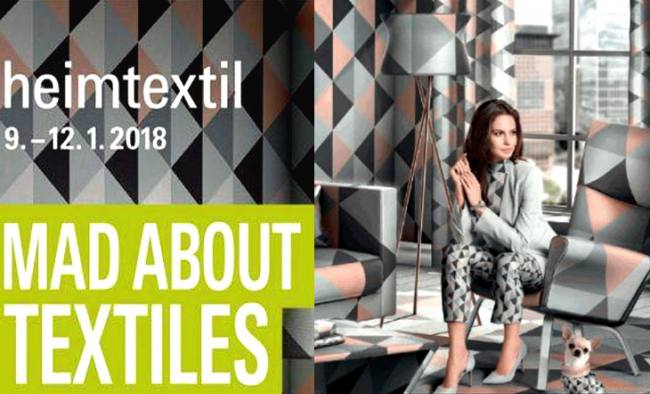