The government is going to take a special initiative for sustaining the growth in three major export-oriented sectors—textile, apparel and leather industries.

The initiative will focus on strengthening the capacity of the state, businessmen and civil society to enhance social and environmental standard in those industries, official sources said.

The commerce ministry is undertaking a technical assistance scheme (TAS) titled ‘Promotion of Social and Environmental Standard in the Industry Phase-3’ to this end.

The Planning Commission is now evaluating the project proposal for a final approval, the Commission sources said.

The scheme will be implemented in Dhaka and Chittagong at a cost of Tk 68.39 crore. German development agency GIZ will provide nearly Tk 67.50 crore while the government will bear the rest Tk 0.90 crore.

These three industries are the driving force the country economic development as 13 percent of total industrial output comes from the sectors.
Some 40 lakh people, most of whom are women, are working in 5,000 factories in these sectors.

The leather industry is now witnessing quick market expansion and has been able to meet its export target in a short period despite having fierce competition and technological limitations.

The sector has already employed 8.5 lakh people, but it contributed a little to the social and environmental development in the country, commerce ministry officials say.

Initiatives for sustainable development of these sectors are crucial to meeting $50 billion export target from RMG sector and another $5 billion from footwear and leather products exports by 2021 in line with the government’s 7th five-year plan.

It is also necessary for business success.

Bangladesh is now in the second position in RMG sector and fourth in the footwear industry in the world now.

Planning Minister AHM Mustafa Kamal said the government has taken initiatives to improve some potential sectors, including the three export-oriented sectors, adding that more initiatives will follow in future.

The scheme of social and environmental improvement of the said industries to sustain their growth is also seen to increase the country’s image and global recognition.

Even though these three industries have achieved market development capacity in terms of local and international legal framework, still they are facing challenges in maintaining social and environmental standards.

In this context, the state, businessmen and civil society will utilise their capacity to improve economic sustainability of these industries under the proposed technical assistance project.

There will be representatives from various institutions at different stages under the project. Organisations of different trade bodies, industries and civil society will coordinate with each other and with the ministry of commerce.The main strategy of the proposed scheme will be to create such capacity among individuals and institutions so that they can play the key role in ensuring sustainable development in the industries, officials dealing with the project said.

The scheme’s four main components will be implemented through three fields of activities, following shared responsibility cooperation model for a sustainable management.

Besides, the civil society will be consolidated further and the quality of lagging workers will be improved under the scheme, which will ultimately improve the owner-worker relationship.

Economic Relations Division (ERD) officials said assurance for the GIZ grants has already come and the contract will be signed with the development partner after the project approval. 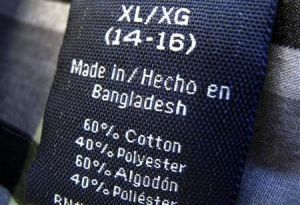