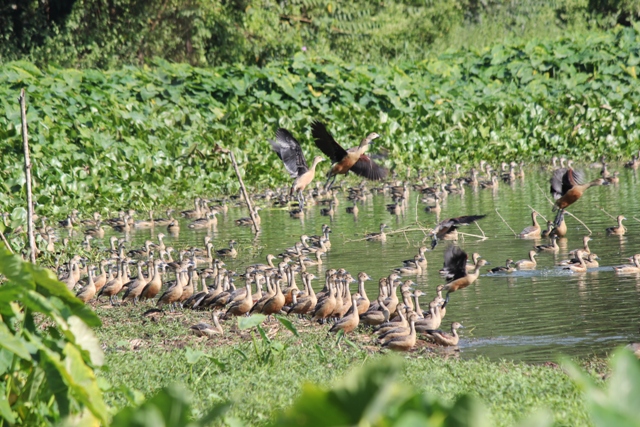 On the Jahangirnagar University (JU) campus, a new dawn, accompanied by a real nip in the air, is welcomed by the sweet songs migratory birds of various species. With the early onset of winter, thousands of migratory birds have started arriving at the evergreen campus from the northern hemisphere in search of a safe habitat and food. Besides, the colourful water lilies, especially the red-coloured variety, which have begun blossoming on the lakes, add to the grandeur of the environment.

The mist-covered green landscape, which has 13 small and large waterbodies, gives the campus a blissful look to draw the foreign birds and human guests.

Researchers estimate that thousands of migratory birds have already landed at the waterbodies on the university campus, which is known as a safe sanctuary for the brids that come here every year to escape from the icy blasts in the northern hemisphere, especially Siberia, Xinxiang, and the Himalayan region, from the end of October. Now, the lakes in front of the JU administrative building, beside  Jahanara Imam Hall and the swimming pool, are buzzing with these birds.

Prof. Mostafa Feroz, a teacher of JU’s zoology department, said: “We recorded 70 out of a total of 189 species of migratory birds on the campus in the past. Around 95 per cent of these birds are lesser whistling duck, which is a black long-throated bird.”

“The food of these birds is simple; they usually live on the leaves, insects, small fish, frogs, shells and aquatic worms that are available in our lakes. We hope more migratory birds will come this year,” he added.

Meanwhile, the JU authorities have taken steps to make the campus environment congenial for the foreign birds by ensuring the growth of water hyacinths and water lilies. They have also removed unnecessary plants that are considered unsuitable for the habitation of the migratory birds.

According to university office sources, a cleaning-up drive already has been conducted on the lakeside for the benefit of those coming to watch the migratory birds.

Moreover, the area from Kabir Sarani to Chourangi Point has been declared a sanctuary for migratory birds where billboards, banners and festoons have been installed at different points to raise public awareness about the seasonal habitat of these birds.

The authorities have also prohibited the hunting of the creatures living on the campus or disturbing them in any manner.

The university will organise a bird fair on the campus on the first or second week of January, confirmed Kamrul Ahsan, an assistant professor of the zoology department.

Various events, such as inter-university bird identification competition, decoration of stall competition, oratory competition, bird painting competition for children, arrangements for children to watch migratory birds from different spots with telescopes, quiz competition, discussions and a cultural sessions relating to birds, will be included in the daylong programme, he said. 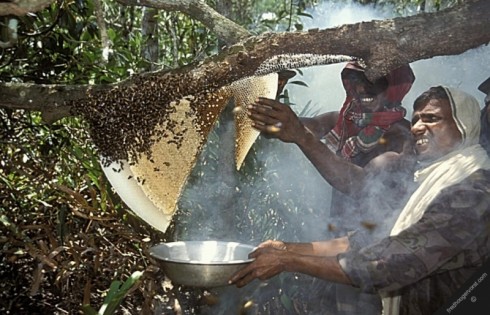