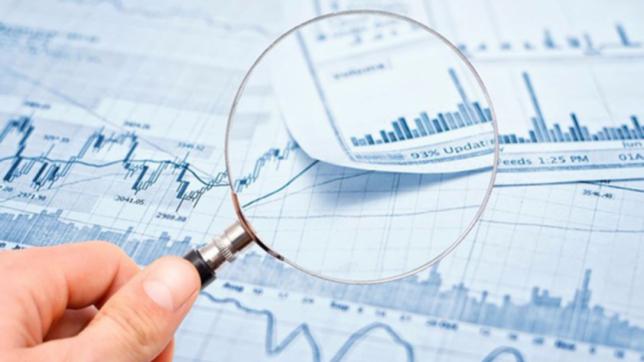 Later this month, the world will mark the International Day for Universal Access to Information, hitherto known as International Right to Know Day. Like many an international day, its relevance to our lives seems murky. Yet there is no development without people. The Agenda for Sustainable Development Goals (SDGs) 2030, adopted by the UN General Assembly in 2015, underlined the key role of people for their implementation. Among the SDGs is Goal 16, aiming for “accountable and inclusive institutions.”

Translating this concept into practice is a challenging task. We have seen it in relation to the implementation of the Right to Information (RTI) Act in our country, as in many others.

The challenge is rooted in people’s perception that activities relating to development and governance are the sole prerogative of the state. In the authoritarian tradition inherited from colonial history, state activities are hidden from the people. This created a rigid and secretive attitude in our public officials which is inimical to people’s participation in state affairs. The key to success, therefore, lies in changing the mindset both of people and state authorities.

We have emphasised in some earlier columns that without a larger involvement of our citizens in making use of the RTI Act 2009, the objectives of the law cannot be truly advanced. We have similarly underlined the need for our government to invest greater attention on Goal 16, with its targets and indicators, which incorporates the same objective in the SDGs.

Bangladesh has made a good start in setting the SDG ball rolling. The government proclaims its commitment to the goals in all national and international fora. It quickly set up an inter-ministerial committee, under supervision of the Prime Minister’s Office, to monitor implementation and report on progress.

Bangladesh became one of the first few countries to participate in the voluntary progress review which took place at the UN last July. In her foreword to the report submitted in this regard, the prime minister reiterated: “We have earned international acclamations for our tremendous success in MDG implementation … We are committed to redoubling our efforts to achieve SDG targets.”

The government has incorporated the key provisions of the SDGs in the 7th Five Year Plan for 2016-2020. It has also drawn up a handbook mapping the responsibilities of different ministries/authorities for implementation of the SDGs and their targets.

Let us be clear: Poverty, hunger, gender discrimination, education, health, water and sanitation, clean energy, decent work and economic growth, climate change and so on, are normal subjects of a government’s development agenda. Goal 16, however, is unfamiliar territory, particularly as it pertains to RTI and guarantees public access to information (indicator 16.10.2). It is not surprising, therefore, that the handbook provides little indication yet on how the government intends to go about it.

Among other things, Goal 16 seeks to “ensure public access to information and protect fundamental freedoms” as, without them, development is incomplete. These objectives are unquantifiable, imperceptible and non-tangible; hence difficult to monitor and assess. National and international efforts have, therefore, been set in motion to develop appropriate tracking methods.

This is where civil society’s role comes in. In Bangladesh, a “Citizen’s Platform for SDGs” has been set up by a group of individuals “to contribute to the delivery of the SDGs and enhance accountability in the process.” Their efforts should include specific attention to the more difficult targets of Goal 16, particularly its indicator 16.10.2, which relates to RTI. NGOs and individuals promoting RTI implementation could give them a helping hand.

At the international level, a network of individuals and activists, from countries where RTI/Freedom of Information (FOI) Acts are in force, is collaborating under the banner of “FOIAnet” to develop a common approach to measure progress of indicator 16.10.2 in every country. This network has suggested that at the initial stage, the national groups should focus their efforts on: (i) how much a state is proactively disclosing information to its citizens; (ii) what institutional measures are in place to facilitate implementation of RTI/FOI laws; and (iii) to what extent information requests are made by citizens and responded to by the authorities. The latter action would be based on submitting test requests to a few public authorities in each country. Additional elements would be gradually introduced, as experience is gained and progress made towards 2030.

The exercise has already commenced in many countries. It is expected that the information so compiled by national groups will be collated by UNESCO and reported to the General Assembly annually. A ranking of state performance is likely to emerge. Some national groups expect to release preliminary reports later this month. Bangladesh’s should follow soon.

We hope that Citizen’s Platform members will soon recognise that success of the SDGs would require more than tracking progress of government undertakings. It would call for concrete measures by citizens, individually and collectively, to promote transparent, accountable and citizen-friendly governance. An effective strategy here would be to generate a sizable number of RTI requests by citizens to public authorities, thereby initiating greater interaction between the two and contributing to changing the colonial mindset of both.

We propose the following “to-do list” for civil society groups engaged in the promotion of SDGs and RTI in the country.

Develop a strategy to attract the middle class to engage in the RTI process. This section of the society, with enormous influence, has largely stayed away either for lack of awareness or trust in its efficacy. If well-known public figures, including members of the Platform, submit RTI requests, it may encourage others.

Lobby with the government to designate a nodal agency to promote the RTI Act. Presently, the Ministry of Information plays a limited role, with the Cabinet Division becoming increasingly engaged. There should be more clarity on the subject.

Devise a mechanism to monitor the work of the Information Commission, provide it with encouragement and moral support to interpret and apply the RTI Act more objectively, and impose sanctions on public officials who deliberately disregard the law. Set a target for annual percentage increase in the number of sanctions imposed. Around 15 penalties have been awarded since the beginning.

Take heart from the fact that the marginalised communities of the country, who were introduced to RTI by NGOs, have both benefitted from and contributed to establishing a transparent delivery system of the government’s safety net programmes through their persistent use of the law. There can be no better example of RTI helping the realisation of SDG objectives of ending poverty, hunger and discrimination.

Finally, we hope that the Inter-Ministerial SDG Monitoring and Implementation Committee will take note of these points and support civil society efforts towards forging closer collaboration between citizens and public authorities. This will advance our SDG objectives and make Bangladesh a role model again.

Happy Planet Index – Bangladesh in the 10 Happiest Countries In...