নীড় উন্নয়ন 42,000cr juvenile hilsa may be produced this yr

Nearly 42,000 crore juvenile hilsa may be produced this year, as around 46.47 percent of mother hilsa released eggs during the 22-day ban on netting of the popular fish.

A mother hilsa approximately released minimum 10-12 lakh eggs and highest 21-25 lakh eggs, if 50 percent of the eggs could be fertilised, 10 percent of juvenile hilsa will be produced, he opined.

Last year around 43.93 percent of mother hilsa could release eggs which increased the gross production of juvenile hilsa.

As the egg release rate is much higher this year, hilsa output may exceed 5 lakh tonnes, he said.

Hilsa fish move from coastal areas to the Padma and Meghna rivers to lay eggs during the first full moon of the Bangla calendar month of Ashwin.

In the past few years the fishing ban successfully sustained hilsa.

As a result, fishermen got good catches of this popular fish this year.

Indian fishermen caught a large number of hilsa in the Ganges River near Farakka Barrage on October 21, reported Anandabazar.

Meanwhile, a huge number of the popular fish, mostly mother hilsa, arrived in the city markets as the ban on hilsa netting ended.

The government imposed a 22-day ban on catching, selling, transportation and hoarding of hilsa during the peak spawning period in 27 districts across the country from October 1 to 22.

The government deployed the coast guard, naval police, air force and other forces to ensure the ban. 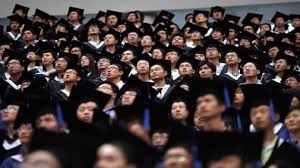