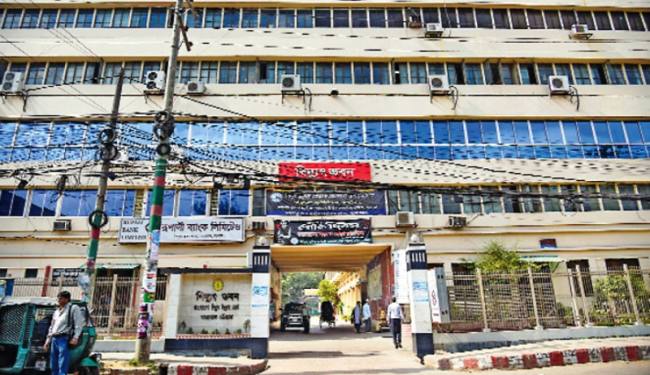 With this, some 3.1 lakh subscribers among total 8 lakh will come under the prepaid metering system, a modern facility for subscribing power.

Contract with the firm was signed in October last year for the project involving around Tk 80 crore, said sources.

Of the project cost, Tk 70 crore will be spent for purchasing meters and accessories while the rest amount for developing infrastructures and meeting others expenditure, they said.

Under the project, the contractor firm will replace 1.5 lakh old meters with new ones and service cables which will need replacement.

Residential and commercial subscribers will have their meters replaced in three divisions, including Rampur, Bakolia and Madarbari.

Project Director (PD) and BPDB Superintendent Engineer Md Kamal Uddin told the daily sun that works of second phase of the project will start by this month.

The project will be completed by June in 2018, he said.

Mentionable, the same Chinese firm has been working for implementing the phase-1 of the project under which a total of 1.39 subscribers will be brought under the prepaid metering system.

Works of the project started in October last year and some 1.20 lakh subscribers got the new prepaid meter till June this year, said Kamal Uddin who is also PD of the project.

He said works of first phase of the project will be completed by this month (July).

Earlier, under a pilot project 20,000 subscribers of the city’s Agrabad and Khulshi distribution divisions were brought under the system in 2007.

A private firm was engaged for maintaining the system that helped concerned subscribers to get rid of different problems.

But, the new prepaid metering system will be maintained by the BPDB own, said sources.

Subscribers alleged that in the traditional system of power distribution, the old meters cause subscribers to face manifold problems like over and under billings, fake bills and complexities in sharing meters with building owners.

Besides, PDB also witnesses pilferage of power, system loss and gets bills pending to the subscribers in the old metering system, said the sources.

The new system will offer the subscribers a hassle-free consumption of power and 100 percent collection of bills for BPDB.

The subscribers will have to buy power token carrying code number from designated vending centres.

As the code number is inserted in meter as done in mobile phone, the power supply starts.

The prepaid meter also allows subscribers to use power in credit upto Tk 100. But, power supply will continue even after the credit limit is crossed on holidays or after office hours, they said.

There are a total of 14 power plants, including the public and rental ones, having a total generation capacity of 1698.3 Megawatt (MW) in the Southern Zone.