The results revealed that India, in spite of socio-economic growth in the given time-period, has not managed to achieve its goals in health care department.

Meanwhile, earlier reports said that thousands of Bangladeshis go to India for taking treatment as the latest report shows one in three foreign patients in India are Bangladeshis.

The report shows that India has performed the worst in preventing deaths by Neonatal disorders, with an index rate of 14.

Diabetes (38), Appendicitis (38) and Peptic ulcer disease (39) are the other main areas of concerns for India’s health department.

Pakistan and Afghanistan remain the only SAARC nations to have a lower ranking than India, with a healthcare index of 43.1 and 32.5 respectively, as per the report. 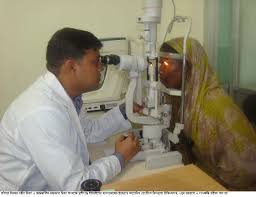 Health on Wheels in action