Union minister for water resources Uma Bharti today asked chief minister Naveen Patnaik to give a date next month for a meeting to resolve the Mahanadi river water row.

The minister made it clear that Chhattisgarh chief minister Raman Singh would take part in the meeting to be held in New Delhi and Naveen should decide its date.

She assured the leaders that no injustice would be done to Odisha.

BJP national secretary Suresh Pujari, who was present at a meeting between Bharti and a BJP delegation from the state, said the central minister was keen to resolve the matter. She indicated that the meeting with the two chief ministers could be held in the second or third week of September.

Pujari said Naveen was being asked to give a convenient date for the meeting. “After getting a date from him, the Union water resources minister will request Singh to attend the meeting,” he said.

Chhattisgarh and Odisha are at loggerheads over what Odisha describes “arbitrary attempts of Chhattisgarh to construct a few barrages and dams over the Mahanadi river without the knowledge of the co-basin state. This would affect the water flow in the river and 15 of its 30 districts will be affected”.

While Odisha has sought the Centre’s intervention to immediately stop the construction of projects, Singh has announced to go ahead with those.

Pujari quoted Bharti directing his ministry officials to talk to the Chhattisgarh government officials and provide all information and documents sought by the Odisha government.

Reacting to the statement, BJD spokesperson Pratap Keshari Deb said: “Though belated, it’s a welcome move by the BJP to meet the water resources minister in the interest of Odisha. We have no information about the invitation to the chief minister. If invited, he will certainly attend such a meeting to protect the interests of the state.”

In a related development, the BJD staged its kalash yatra (carrying Mahanadi water in earthen pots) in Balangir to create awareness among people about the partisan approaches of the central and Chhattisgarh governments on the river water sharing issue.

The Congress at its extended state executive committee meeting yesterday, too, decided to hit the streets again on the issue. 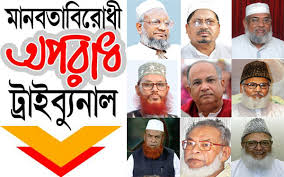