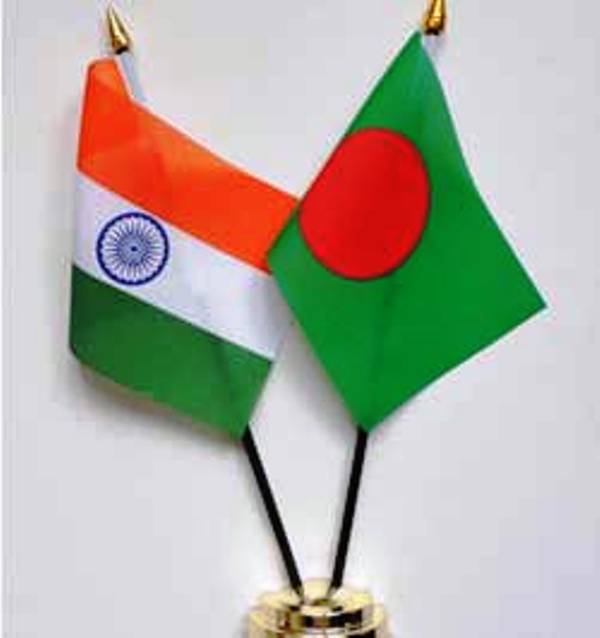 PM’S visit to India: New doors of opportunitiesThe upcoming visit of honourable PM Sheikh Hasina on April 7-10, 2017 has created new hopes for a stronger relationship between New Delhi and Dhaka. India’s PM Narendra Modi has been very keen to build friendly relationship with Bangladesh. His visit to Bangladesh on June 6-7, 2017 had generated a lot of promises. There were several key agreements like USD 2 billion line of credit, USD 5 billion investment from Indian firms, Teesta water sharing treaty, transit between India and Bangladesh etc.
PM Shaikh Hasina’s upcoming visit to India will opt for several agreements between the two countries as well as for settlement of few long-run issues. According to many intellectuals and analysts, the ‘Teesta Water Sharing Treaty’ should get the highest priority as we are looking for our fair share of Teesta water for a very long time. Bangladesh was frustrated regarding Teesta issue but India promised to settle the issue soon. Teesta water sharing deal will be on the top of the schedule during Sheikh Hasina’s upcoming visit.
Agreement between Bangladesh and India on power and energy sector will get high importance. This is anticipated that a Power Purchase Agreement (PPA) will be signed for 60mw from Indian state Tripura under no-electricity no-pay method. Two Power Purchase Agreements for purchasing 1600mw and 750mw of electricity from two business conglomerates of India also will be finalized. If all these agreements come into action then the people will enjoy a much better power supply situation in the near future and the economy will boost up.
Bangladesh-Bhutan-India-Nepal (BBIN) Motor Vehicle Agreement will also be a matter of discussion. This agreement will ensure international connectivity in South Asia. Moreover, transit for vehicles between Bangladesh and India will be also discussed. This agreement is very important for PM’S visit to India: New doors of opportunitiesIndia as if Bangladesh allows the Indian vehicles through Bangladesh that will enable them to connect to their north-eastern states of India though India is not completely dependent on Bangladesh in this matter as they have a narrow passage alongside the border of Bangladesh for this purpose. Bangladesh, on the other hand, will enjoy better trade facility as they will be able to export their products to India in a much hassle-free and cheaper way.
India will also focus on an agreement to use Chittagong and Mongla ports to transport goods among its states. On another issue, it was discussed earlier that, India might invest for development of our sea port to increase the space and later Bangladesh will rent those spaces to India. Of course, this will provide revenue to Bangladesh as already our ports are not completely used but here also our benefits must be properly discussed in figures and should be finalized with expert’s opinions.
Bangladesh’s main focus during this visit of the PM should be on reducing the trade gap between India and Bangladesh. PM Sheikh Hasina and the delegates with her must discuss on the high tariff of our product’s entry to the Indian market along with so many non-tariff barriers. If a proper agreement can be reached in these matters, our business and economy will definitely get a boost.
Bangladesh should remind and opt for the private sector investment from the Indian firms. Indian business organizations were supposed to invest USD 5bn in Bangladesh. Among which, Reliance was supposed to invest USD 3bn but that did not happen yet. If Indian firms invest in Bangladesh, we can be benefitted in terms of higher FDI and lower unemployment contributing to the overall economic development of Bangladesh.
The most discussed issue relating to Bangladesh-India relation in recent days is obviously a possible Defense Cooperation deal between these two neighboring countries. Many in Bangladesh are seeing this deal as a useless one as they are anticipating several damages from this deal. But the fact is, India is a very mighty neighbor for us and we should maintain a good relationship with them at least for our economic welfare. So, we must bring out something good from the acceptation or rejection of this deal. Here keeping a proper balance of power to reach an equilibrium point will be the most vital. We must trust on the wisdom of our honorable Prime Minister Sheikh Hasina in making a decision for the best of her country.
Border issues should also be on the agenda as many innocent people are being killed at the Bangladesh-India border mostly by BSF of India. Legitimate actions for these incidents were promised by India but that did not actually happen. This sort of incidents created anti-Indian sentiment in the hearts of Bangladeshi people. If this sort of killings go on, then it will be difficult to create a friendly relationship between these two neighbors. So, this might be again discussed and a proper solution should come out from the discussion.
An agreement on security cooperation is expected to take place. With increasing acts of terrorism in Bangladesh and also in India to some context, this might receive the greatest priority. PM Sheikh Hasina’s ‘zero tolerance’ policy to terrorism has initiated a tight action on terrorists in Bangladesh. But militants from here tend to flee in India when threatened and vice versa. A strong cooperation between India and Bangladesh in regard of security concerns will initiate a strong position against terrorism and other security concerns in this region.
There are several other agreements that might be signed during the PM’s April 7-10 visit to India like; agreement on investment in ICT sector and technology sharing in ICT, several trade agreements in different industrial sectors etc. Visit of our honorable PM Sheikh Hasina will open the door of opportunities and the tie between Dhaka and New Delhi will be
everlasting based on actions rather than promises.r
The writer in Head of Mohammadi Group of companies, and Managing Director, The Daily Observer

DEBATE ON SDGS : Hype vs hope