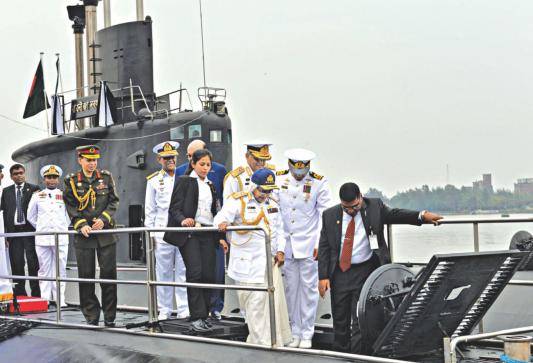 She handed over the commissioning order to the commanding officers of the submarines bought from China and formally unveiled their name plaques.

“We never want to be engaged in any war with anyone, but if anyone attacks us we want to give them a befitting reply…we must have preparation all the time…we’re doing whatever necessary keeping that in mind,” she told the ceremony.

Bangladesh is a peaceful nation and the country’s foreign policy is to maintain friendship with all. But Bangladesh never compromised with anybody when it came to its self-respect, she said.

“With the induction of the submarines, Bangladesh Navy has started its fresh journey with a new shape and strength,” she said.

She said a few countries of the world operate submarines, and Bangladesh now made it to the list. “It’s a matter of honour and dignity for us.”

The submarines reached the Chittagong Port on December 22. These types of diesel electric submarines — 76 metres long and 7.6 metres wide — are equipped with torpedoes and mines and are capable of attacking enemy warships and submarines.

“The two submarines have added an unprecedented capability to strengthen the defence system to protect the country from aggression of external enemies,” she said.

The government has already taken various short- and long-term plans to build Bangladesh Navy as a three-dimensional force by 2030, said Hasina.

More maritime patrol aircraft, and most modern helicopters will be inducted in the Naval Aviation, and with the induction of more aircraft the patrolling capability of Bangladesh Navy in the vast maritime areas will be enhanced.

She said Father of the Nation Bangabandhu Sheikh Mujibur Rahman gave “naval ensign” to Bangladesh Navy in 1974 as he realised the importance of the navy for the just independent Bangladesh.

“Following the guidelines of the Father of the Nation, we have been able to induct submarines to strengthen our navy,” she said.

Hasina said that after assuming office in 1996, her government took various realistic measures for infrastructural development, procurement of warships and raising operational capability of the existing ships.

“Bangladesh Navy has been gradually turned into a dignified force on the world stage by implementing a far-reaching vision for the navy,” she said.

A documentary on the long work for the acquisition of the two submarines was screened at the function. 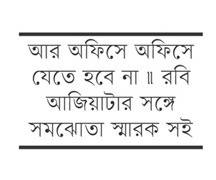 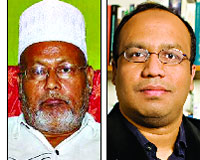