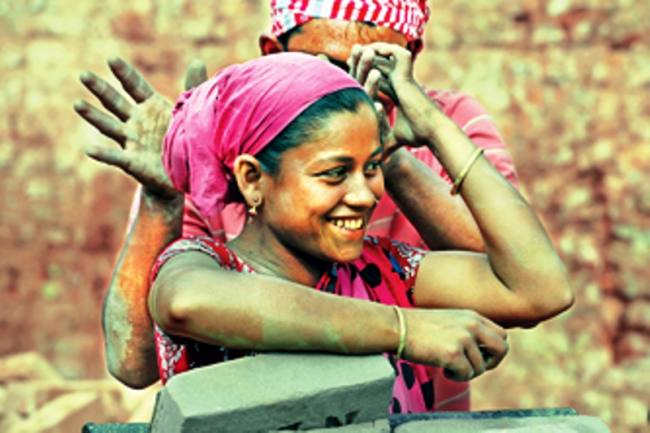 Only five nations have higher rate of women entrepreneurship than the country
FE Report
BD women defy all odds to emerge entrepreneurs
A joyous female worker in a brick-field at Keraniganj off the capital on Tuesday. The International Women’s Day is being observed in the country today (Wednesday) to appreciate the contribution of such workers along with other women in all spheres of life. — FE Photo by Shafiqul Alam
Bangladesh has one of the highest percentages of female business owners despite having difficulties, which a latest international survey considered to be the worst in some parameters.

About one third or around 31.6 per cent of the country’s business owners were female, said a report based on a survey conducted by the Mastercard.

Only five countries-Uganda, Botswana, New Zealand, Russia and Australia-have a higher rate of women entrepreneurship than Bangladesh, according to a release on the Mastercard Index of Women Entrepreneurs on Tuesday.

The revelation came in the backdrop of the International Women’s Day today (Wednesday).

All other Asian countries were included in the index, including Vietnam, China, Singapore and India, have a lower percentage of female entrepreneurship than Bangladesh.

Bangladesh has come at the bottom of the index due to very low overall score in the parameters of women’s advancement outcomes, knowledge assets, financial access and supporting entrepreneurial conditions, said the report.

The country has taken the last place among the 54 countries surveyed, with an overall score of 32.

New Zealand stood first with an overall score of 74.4, followed by Canada, United States and Sweden.

“Although Bangladesh is the weakest in terms of women’s advancement outcomes, knowledge assets, financial access and supporting entrepreneurial conditions, it delivers one of the highest women business ownership percentage readings,” Mastercard said in its report.

“Women in pursuit of entrepreneurship receive very little acceptance and encouragement from society-a socio-cultural bias that is severely undermining their ability to rise to positions of leadership, be exposed to good business opportunities and be perceived as being able and skilled to take on business ownership roles,” it said.

The research, however, attributed the relative greater engagement of Bangladeshi women in business to necessity as opposed to the pursuit of a good business opportunity.

“Such a high rate of necessity-driven entrepreneurship is probably also driven by the lack of tertiary education and employment opportunities for women,” the Mastercard report said.

The report noted that Bangladeshi women have only half as many opportunities as their counterparts in accessing financial services.

Citing the EIU Women’s Economic Opportunity Index, it also noted that there were less financial programmes and SME training and development programmes offered in Bangladesh compared to other countries.

The results showed women to be much less inclined to become entrepreneurs than their counterparts as out of all working age women in the population, only 4.3 per cent were about to start an entrepreneurial activity or have started one for more than three and a half years.

“Yet, the unique traits of being very high risk takers and having undeniably outstanding resilience to hardships and natural calamities is helping to drive the entrepreneurship landscape and high women business ownership,” the report said.

In economies like Bangladesh, ‘women capitalise on business opportunities that do not rely on knowledge or innovation assets alone’, it said. 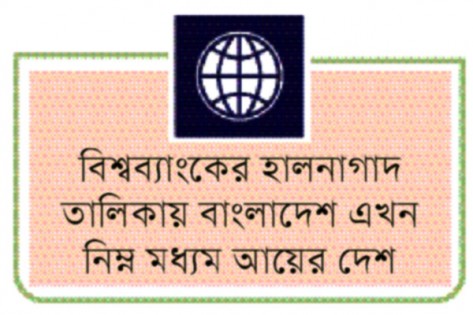 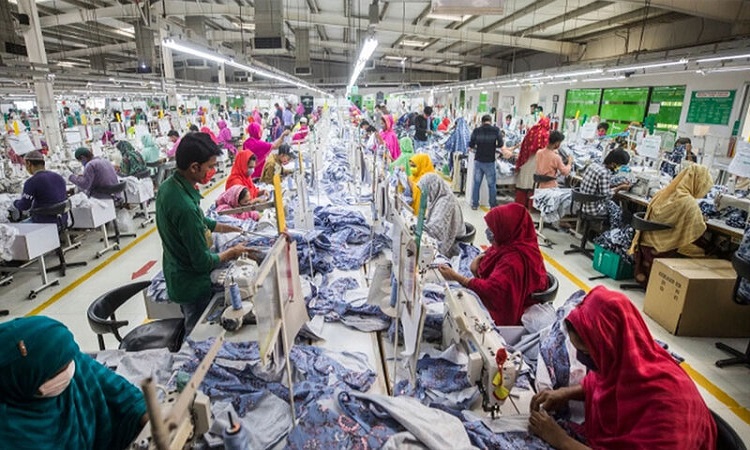