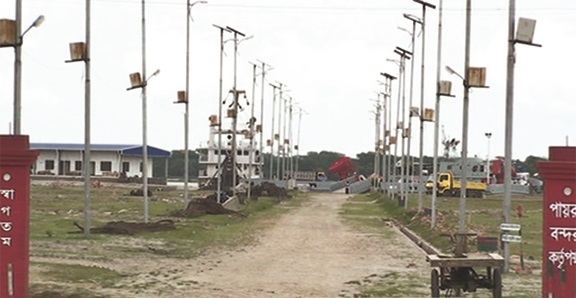 memorandums of understanding (MoUs) with two Chinese firms for the construction of the main structure of Payra Port, a dam to protect the waterside and other buildings. The government expects to build the main structure of the third port of the country within 2023. — Photo credit: bdnews24.com
Shafiq Islam
Bangladesh maintained a steady growth rate of more than 6.0 per cent during the last decade. In 2016, the growth rate was more than 7.0 per cent. This sustained accelerated growth led to the improvement of per capita income and contributed to faster poverty reduction.

Accelerated growth rate has been deemed to be a development strategy for ensuring employment generation, improved quality of life, poverty reduction. And the challenges toward this are lower investment and savings rate, lower quality of human resources, lower total factors of production, etc.

To meet the country’s infrastructure development needs, the Seventh Five Year Plan envisages a total financing requirement of about US$ 410 billion. This is about twice the size of Bangladesh’s gross domestic product (GDP), says the World Bank (WB). According to the WB, investment of US$ 74-100 billion in the infrastructure will be required by 2020.

SPECIAL ECONOMIC ZONES: For sustainable economic and equitable development and growth, all-out measures for encouraging investment, both domestic and foreign, must be taken at a faster rate. The government initiative to create a number of Special Economic Zones (SEZ) in different areas of the country to attract both domestic and foreign investors, allotment of which will be made on long-term rental basis, is highly appreciable. Industries in this designated areas will be entitled to enjoy the benefit of special economic regulations that are conducive to investment and the companies will receive tax incentives and the benefit of lower tariffs.

Under the new Economic Zones Act 2010, the private sector is allowed to own, develop and manage economic zones and establish infrastructure and services for the companies, both domestic and foreign.

Unlike many other countries, Bangladesh is blessed with two very potential sea ports – Chittagong Port in the south-east and Mongla Port in the south-west. Establishment of another port at Payra under Patuakhali District in the southern part of the country is underway.

For homogenous development, growth, and market competitiveness and also for attracting foreign investors, SEZs should be established in a rational manner and locations should be, as far as possible, to the proximity of the ports. This will reduce import and export cost as well as the lead time, thereby making the Bangladeshi export items more competitive.

The government might think of developing SEZs for specific sectors like textiles, plastic, ceramics, electrical and electronic goods, leather goods, heavy and light engineering, etc. The SEZs should be established preferably by riverside to have perennial source of water for consumption by the industries and for transportation of goods by river. Moreover, 4-lane heavy-duty roads, with provision for 8 lanes for future expansion, should be built along with dedicated railway lines for faster movement of goods. These communication infrastructures may be built under the modalities of PPP.

China, Malaysia, Vietnam and many other countries have attained remarkable success in the development of their countries through establishing SEZs. Bangladesh may learn from their experiences.

For accelerated development the government should urgently take initiatives to build a deep sea port either at Maheshkhali or Sonadia Island.

Focused interventions in the following sectors may be considered on a priority basis to achieve the objectives of accelerated development and growth:

Power supply: Uninterrupted power supply is the life blood of industries. This problem may be resolved through establishing dedicated power plants to each of the SEZs through PPP or as IPP. Source of fuel may be either High Density Furnace Oil (HFO) or Compressed Natural Gas (CNG) to be imported from different Middle Eastern countries. With this objective in view, Floating Storages and Re-gasification Units (FSRUs) may be installed in the coastal areas or along banks of big rivers. Natural gas from these re-gasification units may be supplied directly to the supply grid and through feeder line to the power plants located at SEZs. Combined-cycle power plants (A combined-cycle power plant uses both a gas and a steam turbine together to produce up to 50 percent more electricity from the same fuel than a traditional simple-cycle plant. The waste heat from the gas turbine is routed to the nearby steam turbine, which generates extra power) should be established to maximise the use of gas. These types of power plants will not cause extra pressure on our scarce gas resource. Establishment of dedicated power plants in the SEZs will reduce the transmission and distribution cost and contribute to the enhancement of productivity. Tariffs on electricity should be borne by the industries.

Gas: Gas is a raw material for many industries, particularly textile-related ones. Since Bangladesh is now not in a position to supply gas to the industries, natural gas required by the industries in the SEZs may be supplied from Floating Storages and Re-gasification Units (FSRUs) FSRUs through establishing CNG terminals with re-gasification units in different suitable locations for uninterrupted supply of gas. FSRUs are stationed in the water and do not require any land and may be installed within a very short period of time. It may be relevant to mention that Japan is the highest consumer of CNG in the world and the leading manufacturer of FSRUs. FSRUs and the power plants may be established through PPP.

The government has finalised the land tariff of 16 SEZs and an initiative may be taken to establish power plants on priority basis. Combined-cycle power plants of 500MW for each of 16 SEZs may be established under PPP modalities. Moreover, supply of natural gas may also be ensured through establishing requisite number of FSRUs. Chinese and Japanese investors may be willing to implement the projects on turnkey basis on partnership with the government on mutually agreed share basis or they can invest as FDI. Governments of Japan and China have already indicated massive investment in the development initiatives of Bangladesh and the Bangladesh Government should avail this opportunity for faster development and growth.

In addition to the above steps, some mega projects like Dhaka-Chittagong 8-lane Highway, Dhaka-Chittagong High Speed Train along with construction of chord line between Narayanganj to Laksam, Dhaka-Mongla 8-lane Highway through the Padma Bridge should be built on a priority basis for sustainable development and growth. These projects may be implemented as PPP, jointly with China and Japan. Both the countries have expressed their willingness for their participation in various mega projects.

SPECIAL ECONOMIC CITY: Bangladesh has been blessed with unique geographical location in the southern and south-eastern parts of the country, particularly the Khulna- Patuakhali-Barisal region and Cox’s Bazar and Chittagong region. Bangladesh, without further delay, should take steps to establish a ‘Special Economic City’ similar to Singapore and Dubai comprising of the areas of the Upazilas of Maheshkhali, Anwara, Pekua and Cox’s Bazar. An initiative should be taken to prepare a comprehensive master plan by engaging world-famous consulting firms in this regard. The proposed city may turn into a Regional Business Hub. This city may be administered by an independent authority when built. Cox’s Bazar Airport may be upgraded into a modern international airport similar to the Singapore one along with development of port facilities around Maheshkhali, Matarbari and Pekua.

MANAGEMENT: The government may think of establishing a new Ministry called Ministry for Fast Track Development (MoFTD) to deal with all mega projects of different sectors such as express ways, metro rail, high-speed railways, ports and shipping, electricity and gas, etc. The proposed ministry will coordinate the activities right from the feasibility studies to the implementation of such mega projects. It should provide ‘One-stop Service’ to such projects and approval should be accorded within a specific timeframe. All the agencies related to foreign investment, such as Bangladesh Investment and Development Authority (BIDA), Bangladesh Economic Zone (BEZA), Bangladesh Export Processing Zone (BEPZA) and Public-Private Partnership (PPP) office should work in unison to carry forward the initiatives of accelerated development and growth.

CONCLUSION: Bangladesh has already stepped into the takeoff stage and gained a momentum which needs proper guidance and propelling. Implementation of the above focused initiatives will certainly trigger investment, both domestic and foreign, achieving the accelerated development and growth. It is not far when the country will turn into a regional economic power and will be acclaimed by the world for its success. 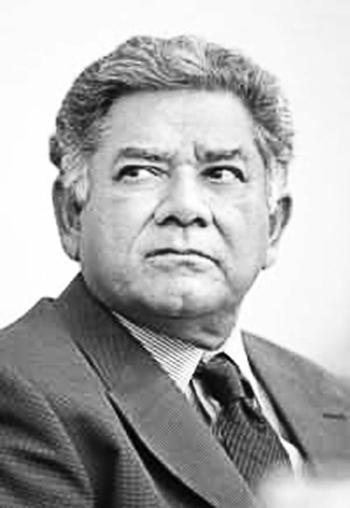 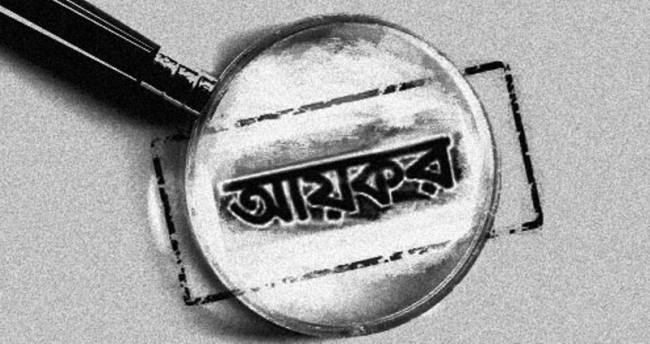 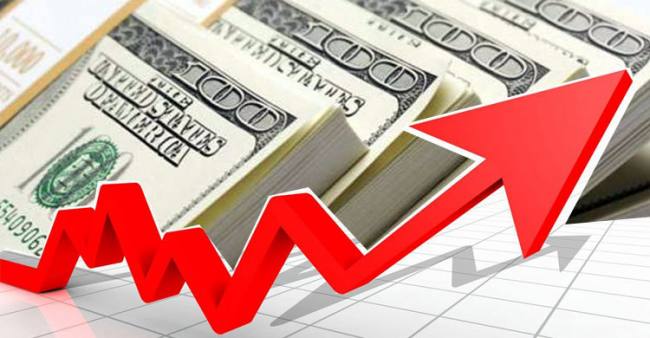