Bangladesh will host the tournament tentatively from March 15-26 featuring sub-continent giants India, Pakistan and Sri Lanka, along with emerging teams in the form of Nepal, the UAE, Afghanistan and Hong Kong.

The decision was taken during the Asian Cricket Council meeting that was held in the sidelines of the ICC meeting in Dubai last week.

According to Nazmul, the major purpose of the tournament is to promote cricket in different parts of Asia in order to bring competitiveness among the teams. All the four Test-playing nations will comprise four national players in the side.

“India, Pakistan, Sri Lanka and Bangladesh will be allowed to field four national players while the other members will be filled by U-23 cricketers. The other four countries will be allowed to play their full-strength sides. This way, it can be competitive. And unless we can make it competitive, we won’t be able to reach our ultimate goal of promoting cricket in those countries,” said Nazmul. 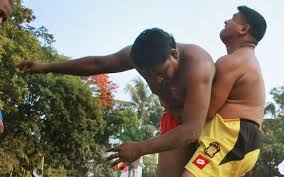