Commerce Minister Tofail Ahmed said Bangladesh has started a glorious journey in its industrialisation by stepping into the global market through exporting motorcycles to Nepal.

Through launching export of bikes manufactured by Runner Automobiles Limited, the country has taken a place among the leading nations rich with high technologies.

Tofail Ahmed said this while launching export of Runner brand motorcycles to Nepal at Bhaluka in Mymensingh on Saturday.

Tofail Ahmed said, Bangladesh has now emerged as a role model for development. The private sector is the main driving force for the country’s overall development, he said expecting that the country’s export would touch US$ 60 billion mark by the year 2021 through further growth of the private sector and the government would provide necessary policy support in this regard.

Runner Automobiles is the first manufacturer of two wheelers that is going to launch export of bikes which is a matter of pride, he expressed satisfaction adding, this is a milestone in the country’s history.

Hafizur Rahman Khan appraised the minister of the production capacity of Runner Automobiles as well as export related information. He said the factory of Runner at present has a capacity of manufacturing 500 motorcycles each day. The company management has taken an initiative to raise the capacity to 1000 per day by the year 2018, he informed the minister.

Describing 21 January as a landmark for success of Runner Automobiles, Hafizur Rahman Khan said, “Though we started manufacturing bikes in 2011, the Runner factory was officially launched on January 21, 2012. After five years, Runner is going to start its export programme from the same venue.”

Runner would launch marketing of high-end US technology based UM motorcycle this year, he said adding that the country’s export basket has been widened with launching of export of bikes to Nepal.

The country would be able to dominate the global motorcycle market in the near future if the proper and sustainable policy support is provided by the government, he added.

Mentionable, Runner started importing bikes in 2000 and after few years it started assembling parts here. In 2007, Runner started its journey as a local manufacturer for the first time in Bangladesh through producing components which are approved by BUET and BRTA, the meeting was informed. 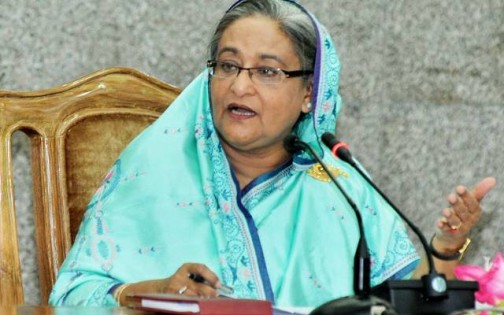