Bangladesh is among the six countries, which are moving forward to become emerging markets and developed nations within the next few years, according to financial experts.
Five other countries are Ethiopia, Kenya from African, while Myanmar Vietnam and The Philippines from Asia, besides Bangladesh, according to a report of TheMerkle.com, an online business news portal based in California.
With the country’s robust agriculture sector Bangladesh has attained self sufficiency in food and by exporting readymade garments (RMG) that account for over 25 per cent of its GDP, it has emerged as the world’s second largest RMG exporter after China, the news portal said on Tuesday.
If the growth trend continues in agriculture and RMG sectors, Bangladesh will certainly become one of the top global manufacturing hubs in the coming years.
Albeit Ethiopia is also home to some of the most expensive broadband internet in the world, things are evolving in the right direction. Similarly to Bangladesh, the majority of the industry focuses on agriculture, but Ethiopia also exports coffee, vegetables, and more importantly, gold. During these times of financial turmoil, the demand for gold and precious metals is surging once again. However, experts predict the country’s construction industry will push Ethiopia to the level of a “developed region” in the coming years.
Hardly anyone will be surprised to see Kenya on the list of top emerging markets. Various efforts are underway in the country that focus on mobile and digital payments, all of which have seen some success so far. In fact, Bitcoin is gaining a lot of traction in the African country. Combining this fact with the potential for renewable energy investments in the region make Kenya a country to keep a very close eye on in the coming few years.
If there is one region no one would associate with financial growth, it has to be Myanmar. Not because of the lack of potential, but rather because there is hardly any news coming out of the region. Contrary to popular belief Myanmar has seen an influx of investments, thanks to their political reform. Strong growth is expected by analysts, and their natural gas and wood product export will play a big role in the process.
A lot of our clothes, electronics, and footwear come from Vietnam. Very few people realize the crucial role this country plays in our global economy. Foreign investors see the potential of the Vietnamese manufacturing and construction sectors, thanks to lower labor costs. Moreover, the country has an unemployment rate of just 3 per cent, making it one of the top emerging markets in 2017.
Automotive and construction industries are currently the lifeblood of The Philippines. Private consumption is very strong and still has plenty of room for growth. Moreover, it is expected the demand for passenger and commercial vehicles, both of which are produced in the country, will continue to increase exponentially, said themerkle.com. 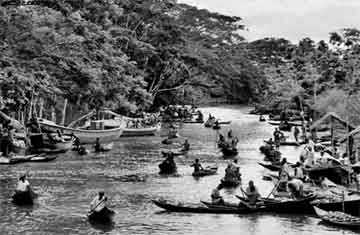