Poverty reduction has been one of the priority areas of every government in the world. The government of developing countries remains much sensitive towards eradication of poverty than the governments of developed countries as they are required to negotiate donor funds whose priority objective is to help the government to come out of the trauma of being trapped into the severity of poverty. Thus, like government of other developing countries, poverty has been one of the most significant policy choices of the Government of Bangladesh. The intention of this write up is to assess the intensity of success of the present government in alleviating the extreme poverty in the country since 2009.
The AL government since taking over the state responsibility in 2009 has been playing an instrumental role in improving the living standards of its millions of people living below poverty line through different policy initiatives and planned economic development aimed at alleviating poverty. Due to consistent improvement in poverty situation Bangladesh has achieved the recognition of “the land of impossible attainments” globally as the country has become successful in attaining the objectives set under the Millennium Development Goals (MDGs). In 2009 when the AL government took over the State power, the number of poor people was 50 million of which 28.8 million were the extreme poor. The recent World Bank data suggest that the percentage of extremely poor people in Bangladesh has reduced to 12.9% in 2016 which was 18.5% in 2010. It has been anticipated by the World Bank that the way Bangladesh is attaining the economic growth; the goal of reducing extreme poverty to less than 3 per cent by 2030 will be a reality than a myth. Among different initiatives of the government, conditional cash transfer, gender equity in education and successful family planning policy have helped the reduction of the poverty in Bangladesh.
Social Safety Net (SSN) programme is one of the noble initiatives of the present AL government that has significantly accelerated the reduction of the poverty situation in the country. According to the Household Income and Expenditure Survey (HIES) 2010, the coverage of SSN has been extended to 24.57% of the total families, of which 30.12 per cent is the beneficiary families. These groups of people have been given direct and indirect services with an intention to reduce poverty. To this end, the government has started the initiative to enact the National Social Protect Strategy (NSPS) whose main objective will be to streamline and strengthen the existing safety net programmes so that it could achieve better results from money spent, and to extend the scope of social protection from the more narrow safety net concept to incorporate employment policies and social insurance. These actions are required to meet the emerging needs of becoming a middle income country in 2021.
Another noble initiative of the government is the establishment of the Union Information and Service Centre (UICS), later renamed and Union Digital Centre (UDC) and District e-Service Centres (DESCs) with an intention to ensure people’s access to information. As a matter of fact, access of poor people in the markets in the remote areas is very limited. Lack of information and exclusion from the decision making process could act as challenges to poverty eradication. Realising the essence of overcoming the information access barrier, UDC and DESCs have been established. Both these organisations have been playing an important role in ensuring people’s access to information. Along with strengthening information network, development of infrastructure has also been used by the government as a strategy of reduction of poverty. As a result, extensive reforms have taken place in the market that has facilitated the process of reduction of poverty.
Another factor that has contributed to the reduction of poverty is the growth of agricultural productivity of small farmers. This has been possible due to Bangladesh government’s emphasis on water management and supply of uninterrupted electricity. With better water management and electricity supply, the productivity of the farmers has increased quite significantly. This has also enabled the farmers to diversify their crops. Now, small farmers are placed in a position to afford things that are required to improve their living standards by selling surplus production. Moreover, this has also created opportunities for the day labourers to diversify their livelihood activities for better incomes.
To conclude, the present AL government under the prudent leadership of Sheikh Hasina has been working hard for overall development of the country. Reduction in poverty is one of the important indicators of our development. It is true that productivity has increased in every sector. Thus, it is the time to invest more money and efforts to build human resources. As we all know that Bangladesh has 67% working population now. This is not something that happens all the time. It actually happens in every 30-40 years in a country. Thus, the government should capitalise the potentialities of the gigantic amount of work force. Skilled human resources could not only earn a lot of foreign exchange but also establish a strong base of our economy by developing industries. If it happens, poverty would automatically be reduced to a great extent. I strongly believe that the Prime Minister has the capacity and trustworthiness to make the dream of becoming a poverty-free Bangladesh a reality. 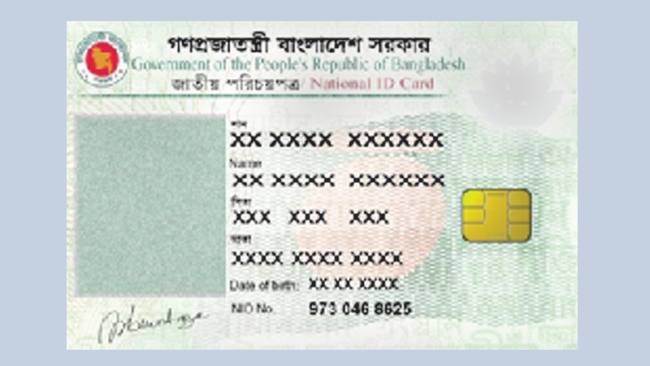 Over 16m young voters to get smart NID cards by next...