The Asian Forum of Parliament on Population and Development (AFPPD) has praised Bangladesh’s impressive success in the empowerment of women and their great contribution to the country’s socioeconomic development.
The appreciation came at the 11th Women Ministers and Members of Parliament Conference held in Thailand.
The Thai National Legislative Assembly organized the two-day conference that ended in Bangkok on Saturday, according to a press release.
A total of 60 ministers and members of parliament from 28 Asian and Asia Pacific countries took part in the conference.
A three-member team comprising the members of Parliamentary Standing Committee on the Ministry of Finance Forhad Hossain, MP, and Advocate Umme Kulsum, MP, represented Bangladesh at the conference.
Speaking at the conference, Jetn Sirathranont, Secretary General of AFPPD, said progress of the world’s economy depends on the development of women in Asia and Asia Pacific countries as 60 per cent women of the globe are living in the regions.
“Bangladesh and some other Asian countries are doing well in terms of the economic development of women,” she said.
Forhad Hossain highlighted the initiatives of the government for increasing women participation in socioeconomic and political arena.
In this regard, he said the women in Bangladesh are now holding high positions in almost every sector including politics, administration, judiciary, education in the armed forces and the law-enforcement agencies.
He said 30 per cent seats in the local government
bodies like union parishad, upazila parishad, municipalities and city corporations have been kept reserved for women.
Bangladesh has reserved 20 per cent seats for women in national parliament and excluding quota, women are also being directly elected as members of parliament, Forhad Hossain added. 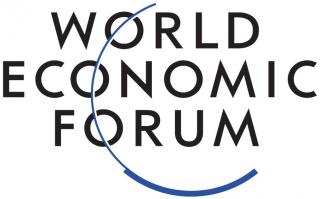