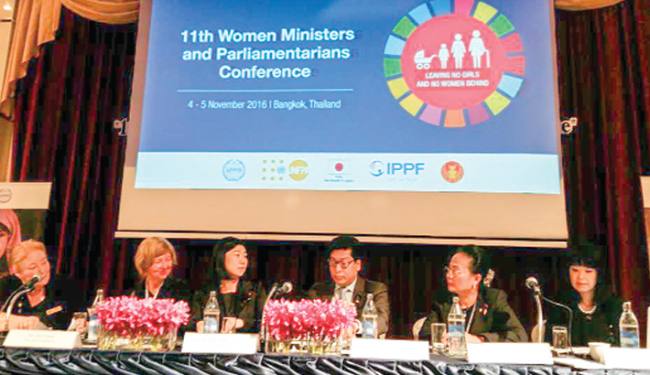 Forhad Hossain, MP, is seen speaking at the 11th women ministers and members of parliament conference, in Thailand on Saturday.

The Asian Forum of Parliament on Population and Development (AFPPD) has lauded Bangladesh for its outstanding success in the field of women’s contribution to the country’s economic development.
The appreciation came at the 11th women ministers and members of parliament conference held in Thailand. National legislative assembly of Thailand organised the two-day long conference that ended on Saturday, according to a message received here on Saturday.
A total of 60 ministers and members of parliament from 28 Asian and Asia Pacific countries took part in the conference. A Bangladeshi delegation comprised of Member of Parliamentary Standing Committee on the Ministry of Finance Forhad Hossain, MP and Advocate Umme Kulsum MP, from the Gaibandha constituency.
Mika Marumoto, AFPPD Executive Director and Prof. Keizo Takeni, AFPPD Chairperson, also took part at the conference.
Jetn Sirathranont, secretary general of AFPPD said that 60 percent women of the world are living in the Asia and Asia Pacific countries. At the same time, 70 percent of total poor people are living in this region whose per capita income is less than $1.25.
“Progress of the world’s economy depends on the development of women in these regions. Bangladesh and some other Asian countries are doing well in terms of the economic development of women”, she said. Forhad Hossain said, “We have presented the initiatives of the Bangladesh government for increasing women participation in socio, economic and political arena. Evaluating the progress of women of different countries, the conference praised Bangladesh for its tremendous development”.
Forhad Hossain also said that Bangladesh has reserved 20 percent seats for women in the national parliament. Excluding the quota, women are also being elected directly as members of parliament. Bangladesh has 21 directly elected and 50 reserved seats in the parliament. In this point of view, Bangladesh is ahead of India and Pakistan. According to the research of the Center for Polity Dialogue (CPD), the participation of women in jobs, trade and business is increasing gradually. Women’s participation in the total workforce was 15.8 percent in 1995-1996 which stood at 39.1 percent in 2011-12.
The number of women government employees was less than one percent during the 80’s which now stands at 10-15 percent. A research of Bangladesh Bureau of Statistics (BBS) cited that the number of women workforce excluding household work was 1.13 crore in 2006 which stood at 1.62 crore in 2010.
Women are involved in the export earning sectors like RMG, frozen foods, leather, handicrafts and tea. 80 percent out of 40 lakh garment workers are women. Forhad Hossain said that women of Bangladesh are moving forward fast and doing good in empowering women. The government is conducting multi-modal tasks for ensuring adequate security and proper workplace for women.
“The government has already taken initiatives for ensuring safe workplace for women, increasing women’s wage, providing training and constructing hostels for the RMG women workers”, said Forhad Hossain. The representative stressed on the need for empowerment of women economically in order to attain the UN declared sustainable development goal by 2030. 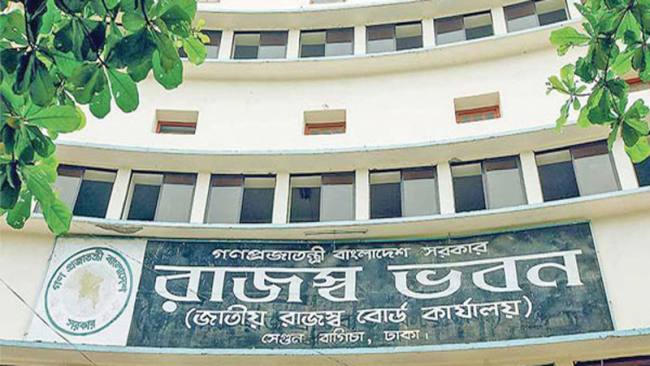 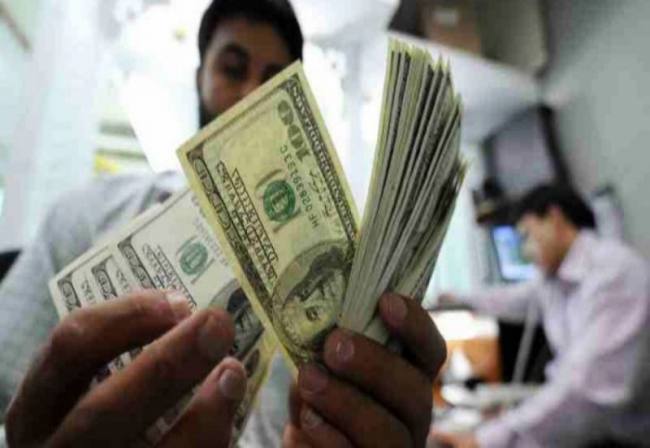