Bali Island is a trademark of exhilarating beauty and itself a darling queen of nature. Certainly, it is one of the top ten most beautiful islands of the universe. In that historical spot, the World Culture Forum, 2016 took place from October 10-14 of 2016 which is a massive gathering of cultural diversity. The entire island was in a festive mode all through the days having nearly 2000 delegates and participants including ambassadors, secretaries, varsity professors, researchers, human right activists, cultural fellows, folklore representatives, young leaders and top student delegates from different well-known universities of the world. The forum voyaged on 10th October morning bearing the motto “Culture for an inclusive sustainable planet.” The entire program was patronised and arranged by UNESCO and the Ministry of culture and education, Indonesia. The forum takes place once in every three year; and it was the second gathering. The first one took place in 2013 and next one is announced to take place in 2019 in the same country.
On the very first day, only 60 distinguished delegates were allowed to enjoy Subak Visit, which is a rural cultural visit that represents traditional hilly cultivation and lifestyle of native people living in Bali. After the grand lunch, rest other delegates were taken to visit museum and other cultural activities. The cultural segment was in a word, marvelous. The topmost attraction was exquisite dance and art performance of Argentina, Russia, Poland, Italy, Belgium, Check Republic, Slovakia, Australia, Korea, China, Vietnam, Hong-Kong, Philippine, USA, Uzbekistan and different provinces of Indonesia including Java, Sumatra and Aceh. Interesting to note, whole programmme was telecast live via drone. After capturing hundreds of photos, each of us got on board the shuttle bus to enter Bali Nusa Dua Convention Centre for scheduled gala dinner.
The Sustainable Development Goals (SDGs) enacted by United Nations include 17 goals, of which the 4th one is to ensure quality education and the 16th one is to ensure peace and justice. The arrangement of world culture forum is significant in that regard. Culture bears the sole testimony and identity of a nation. It exhibits art of living, sample of education and wisdom and seed of peace progress and tranquility. The world culture forum is clear and perfect resemblance of the two goals. Each day schedule was divided into two parts. Earlier, half of the day had symposiums and discussions in plenary hall, later half of the day had island trip and cultural preparations. The only female and present President of Indonesia, Madam Meghabati Sukornopotri, some Nobel laureates, education minister, cultural minister and other sagacious speakers graced the occasion with illuminating speeches. Vision of cultural freedom appeared via combination of logic, reasoning and convenient question-answer sessions. The forum also emphasised on particular sub-themes including culture in the new digital world, application of culture in rural sustainability, the evolution of nature, environment and socio-legal culture. The long waited Bali Declaration came into action in the very last day based on the inner essence and gist of these sub-themes. Every participant is supposed to apply the declaration policy in their respective countries.
Two delegates from Bangladesh, Khairul Islam (Taj) of University of Dhaka and Saddam Hosen Rubel of United International University, participated in the forum winning the invitation and patronisation of the Ministry of culture and education, Indonesia. With the sight of red-green flag and traditional costumes of Bangladesh, the venue in Bali became a piece of Bangladesh. Special to mention, these two delegates achieved few awards and gifts in the language contest there. Exchanging and sharing of views, ideas and experiences on culture and tradition by the Bangladeshi delegates with the Education Minister and Director General of cultural affairs, Indonesia deserve credit and notable mention. Besides, mutual relation and network among skilled delegates of Ethiopia, Cyprus, India, China, Myanmar and Pakistan can certainly inspire us implement our policy and agenda in Bangladesh.
Among the spots and places we visited, the most superior ones are Nusa Dua Sea Beach, Mercure Beach, Bali Collection, Prada Market, Nusa Dua Convention Hall, the famous Wollongong Temple and the most thrilling 25 km lengthy Man-Dara toll bridge connecting Denpasar airport and Nusa Dua resort. After all, this kind of forum is an unparalleled example of boosting up the culture of Golden Bengal. We are enlightened with the Bali Declaration.
The writers are university students 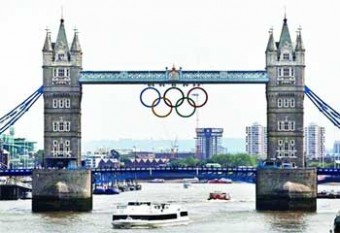