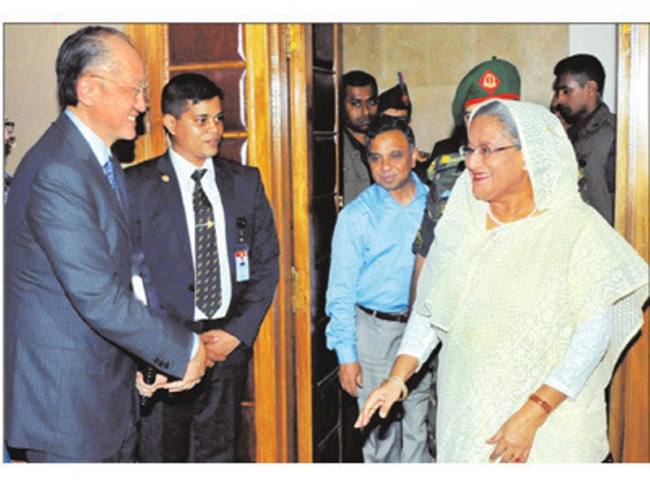 World Bank (WB) President Jim Yong Kim came to Bangladesh to deliver a clear message that the global financing agency will be with Bangladesh and continue to assist in several areas including battling the last remnants of poverty and climate change, the two areas where Bangladesh has already made significant progress.
His visit also reflects on the WB’s intent to remove past misunderstandings and misgivings from the bank’s earlier decision to pull back on promised assistance to Bangladesh’s biggest infrastructure project, the Padma bridge. The WB was somewhat appalled by the fact that Bangladesh decided to do without it in building the 6.15km-long bridge with its own resources, analysts said.
World Bank’s cancelled a $1.2bn loan for the Padma Bridge.on 29 June, 2012, saying it had “credible evidence” of a “high-level corruption conspiracy” among Bangladeshi officials to misuse money earmarked for the bridge. But the bank failed to prove the allegation.
Later, Prime Minister Sheikh Hasina’s government laid out ambitious plans to finance the bridge through mobilizing local resources. Construction of the bridge is now progressing fast.
Centre for Policy Dialogue (CPD) Executive Director Mustafizur Rahman said the visit of WB president was a “positive sign” for Bangladesh economy.
“Actually, there was a misunderstanding between Bangladesh and WB regarding Padma Bridge finance. The WB that time pulled back on the claim of corruption in Bangladesh,” Rahman told the Daily Observer on Monday.
“Now they (WB) apparently want to mend the fence as various other international financing agencies came forward to assist Bangladesh in economic and infrastructure development,” said the eminent economist.
Bangladesh has already earned the trust of international financiers like JICA, the Export-Import Bank of China, ABD and various developed countries as a borrower. All these financial institutions are providing loan at the rate of below 2 per cent interest which is same as of the World Bank.
Rahman said “however, disbursement is a challenging task for any local or international financial institution. World Bank is no different. The incumbent head of WB wants to improve its relation with Bangladesh by putting aside previous misunderstanding.”
To observe the poverty alleviation or skill development projects are a visible part of the WB chief’s mission in Bangladesh. “His main concern is to disburse loans in favour of Bangladesh and develop relationship,” he said.
Dr. Nazneen Ahmed, Senior Research Fellow of Bangladesh Institute of Development Studies (BIDS), said Bangladesh is now a role model for other developing countries.
“Of course, Bangladesh needs huge investment to attain the sustainable development goals. Now, globally, so many financial organisations are ready to sanction loan for Bangladesh”, she said.
The government has already declared plans for setting up 100 economic zones across the country. Meanwhile, a good number of foreign investors from various destinations have shown their keen interest to invest in the economic zones.
“So, it is very simple that the global financial institutions will show their interest to invest in the emerging market like Bangladesh”, she told the Daily Observer.
The recent visit to Bangladesh by Chinese President Xi Jinping bore further evidence of Bangladesh’s economic potentials and strong policy towards achieving economic progress to fulfill its target of becoming a middle income country by 2021 and a developed country by 2041.
Anyhow, Bangladesh and the World Bank have to maintain a good relation for further economic advancement of the country, Nazneen pointed out.
Other experts said WB President’s visit to Dhaka was mainly intended to defrost its relation with Bangladesh over Padma Bridge. He arrived Dhaka on Sunday on a three-day visit.
The last time a World Bank (WB) chief visited Dhaka was Robert Zoellick in 2007. Soon after Bangladesh’s emergence in 1971 following a war with Pakistan, the then World Bank chief Robert McNamara visited Bangladesh. Former World Bank chiefs Paul Wolfowitz and James Wolfensohn also came to Bangladesh during their respective tenures.
Kim headed for Dhaka after attending the annual meetings of the World Bank Group and the International Monetary Fund (IMF) in Washington. On Mondayt in Dhaka, he participated in the International Day for the Eradication of Poverty celebrations and also delivered a public lecture.
Finance Minister Muhith considers the WB chief’s visit as recognition of Bangladesh’s success in its campaign against poverty. The visit provided the right opportunity to showcase Bangladesh’s success in the fight against poverty so far, Muhith said.
On the same day he will leave for Barisal to inspect a few World Bank financed projects there and see firsthand the Bangladesh’s progress in successful transitioning to a lower-middle income country, despite daunting development challenges. 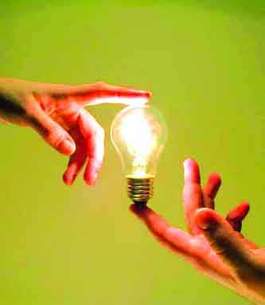 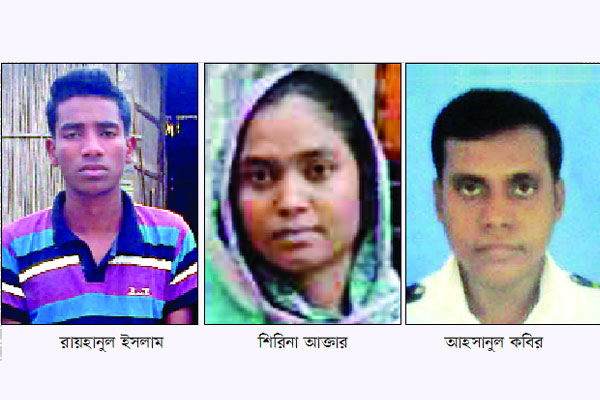 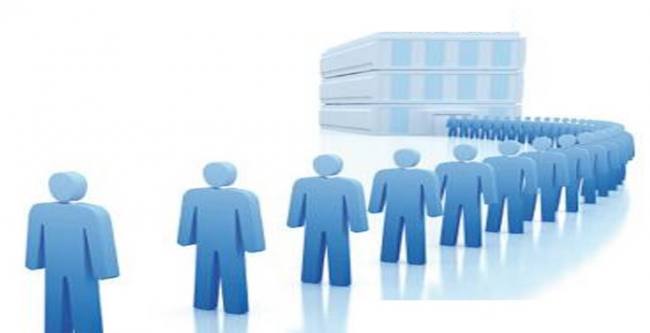