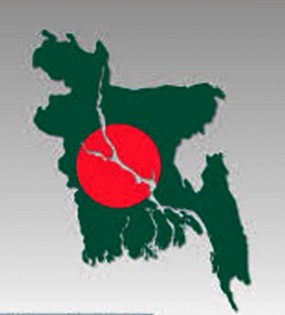 On being elected as the General Secretary of the Communist Party of China (CP) in November 2012, China’s leader Xi Jinping initiated the concept of the Chinese Dream as “the great renewal of the Chinese nation.” Subsequently elected the President of China in Match 2013, Xi Jinping developed the concept further to not only mean that China aims to fulfil “the dream of the whole nation as well as of every individual” citizen, but also to revive China’s global status as “Zhongguo” or Middle Country at the “Centre of Civilisation” in a benign role as promoter of human well-being and universal “dream for peace, development, cooperation and mutual benefit for all, connected to the beautiful dreams of the people in other countries,” that will change the global landscape, which was shaped by Western countries over the past two centuries during industrialisation. The new global landscape will be established through international rules and experiences of both developed and emerging countries.

‘One Belt, One Road’, President Xi’s idea of Silk Road Economic Belt (SREB) and 21st Century Maritime Silk Road (MSR) connecting China to all of Asia, Europe, Africa, Australasia and the Americas by land and sea, may be said to be the major corollary of that Chinese Dream.

The “One Belt, One Road” concept is rooted in history as there existed through the Middle Ages an overland silk route and a MSR that connected China to countries across Asia, Africa and Europe. In the last three decades of reforms, China has built a network of highways and railroads from north to south and from east to less developed western and south western regions. Having achieved that, China sees an opportunity to link the hinterland with South East Asia, South Asia, Central Asia, Europe, Africa, East Asia, Australasia and the Americas.

The ‘One Belt, One Road’ Concept was first mooted by President Xi Jinping during a speech at Nazarbayer University, Kazakhistan on September 07, 2013, where he said that “to forge closer economic ties, deepen cooperation and expand development in the Euro-Asia region, we should take an innovative approach and jointly build an ‘economic belt’ along the Silk Road. This will be a great undertaking benefitting the people of all countries along the route.” Undoubtedly, the economic connectivity is the heart of the matter for which the Chinese president also announced the establishment of a Silk Road fund with US$ 40 billion to support infrastructure investments in countries involved. The Belt and Road initiative is a way for win-win cooperation that promotes common development and prosperity, builds a road towards peace and friendship by enhancing mutual understanding and trust, and stimulates all-round exchanges. The vision of ‘One Belt, One Road’ has become a signpost of China’s strategy to engage neighbouring countries. The strategic position of South Asia has been recognised as an indispensible part of that strategy. The idea is to develop connectivity among the Belt Road Initiative (BRI) bloc countries that could promote sustainable growth and create huge opportunities like systematic innovation, infrastructure development, improved business environment and cross-border transportation. BRI would also facilitate trade & investment, endorse greater trade settlement in local currencies, strengthen bilateral & multilateral financial cooperation, and set up financial institutes for regional development.

The initiative of building Maritime Silk Road (MSR) was proposed by President Xi Jinping, during his state visit to Indonesia in October 2013, as a way to deepen economic and maritime links. The MSR begins in Fuzhou in Southeast China’s Fuzhou province and heads south into the ASEAN nations, crosses Malacca Strait and turns west to countries along the Indian Ocean to cross the Red Sea and the Mediterranean before meeting the land-based Silk Road in Venice. The initiative focuses on jointly building smooth, secure and efficient transport routes connecting major sea ports along the belt and road. The China-Pakistan Economic Corridor and the Bangladesh-China-India-Myanmar-Economic Corridor (BCIM-EC) closely relate South Asia to the Belt and Road initiative. Under the ambit of MSR, China plans to build hard and soft infrastructure from Indo-Pacific to Africa, including transport, energy, water management, communication, earth monitoring, economic and social infrastructure. It is a step to link the past with the present, revive the glory of Asia, and showcase Asian commitment to unity and cooperation.

PROGRESSIVELY SPUR ECONOMIC GROWTH: The Belt Road Initiative (BRI) will progressively spur economic growth in all South Asian countries and lift billions of people out of poverty. If all South Asian countries have road connectivity, it would add 1.5 per cent to the region’s gross domestic product (GDP). Connectivity alone can raise GDP growth by 5.0 per cent in Thailand, Vietnam and Myanmar and 2.5 per cent in India. With the emergence of China as an economic powerhouse in the region, the revival of the Silk Road is bound to offer vast potential. The recent launch of Asian Infrastructure Investment Bank (AIIB) and the BRICS New Development Bank may provide adequate funding for revival of the Silk Roads for inter-Asia Connectivity, and creation of pockets of industrial and commercial growth centres all along the Belt and Road ensuring that all the nations within this belt are able to get economic benefits from respective trade and investment role. Last year, when the Chinese president was visiting South Asia, he put forward some specific initiatives as well. He said that, over the next five years, Chinese investment in South Asian countries will be more than $30 billion. China has allocated $20 billion in consortium loans in South Asia, and will provide training opportunity to 5000 youths from South Asia.

Apart from India, most of the smaller nations in South Asia welcomed the idea as they perceived the initiative as a great opportunity to comprehensively deepen economic and people-to-people relations in the region. Indian reservations about this initiative could create some handicaps for the implementation of this visionary initiative in the South Asia region.

Indian Prime Minister Modi’s visit to China last year appears to have confirmed Indian receptivity to China’s “One Belt, One Road” blueprint excepting Pakistan’s key position in the Belt and some reservations about the MSR. Given the particular version of his, India is wary of joining in whole heartedly. While ambivalent about China’s initiatives, India seems to clearly understand that it may lose a golden opportunity if it turns down Beijing’s invitation to jointly build the ‘One Belt, One Road’ programme.

BANGLADESH CONTEXT: The ‘One Belt, One Road’ initiative has several implications for China’s immediate neighbourhood that includes Bangladesh. The Silk Road, Economic Belt connecting China with Central Asia and onwards to Europe with Xinjiang at its core to the north is of a piece with initiatives to the west and to the south such as the BCIM-Economic Corridor and the China-Pakistan Economic Corridor (CPEC). Along all these economic corridors Bangladesh may be directly or indirectly linked. In case of BCIM- Economic Corridor, Bangladesh is a formal member. In ancient times, Bangladesh was one of the most important destinations of Southern Silk Road and Maritime Silk Road. Now-a-days Bangladesh could be one of the hubs of ‘One Belt, One Road’ commerce and connectivity. In Bangladesh, the general people have little idea about the Belt & Road initiative mostly due to poor publicity and little engagement by the print & electronic media. In this regard, the principal initiative must come from the Bangladesh government. They may formulate short-term and long-term action plans for popularising this visionary project among the people of Bangladesh. More media publicity and engagement could accelerate people’s awareness and participation for building the Belt and Road initiative programme. Moreover, the engagement of major political parties, cultural & social activists, educationists, business & trade bodies leaders, columnists, NGO workers, civil and military personnel, youth forums and grassroots-level elected public representatives must be increased through exchange programmes, seminars, symposiums, art shows, festivals & documentary displays on BRI & MRI programmes.

Implementation of the initiatives will help Bangladesh to transform its geographical position into economic advantage and other benefits of the scheme in the following manner:

i) The construction of the Silk Road-Economic Belt and 21st Century Maritime Silk Road will bring new opportunities for China-Bangladesh cooperation. Both sides may take the opportunity of celebrating the 40th anniversary of their establishment of diplomatic relationship last year to strengthen cooperation in trade, agriculture, education, human resource development, cultural cooperation, infrastructure development, ocean exploration and in other fields, and deepen traditional friendship.

ii) The Belt-Road Initiative will promote trade and connectivity of Bangladesh with China along belt bloc countries.

iii) Regional connectivity network will help Bangladesh emerge as a transportation hub in the Asia-Pacific region.

vii) The construction of ‘One Belt, One Road’ could speed up the current process of poverty alleviation as well as the dynamics of development of Bangladesh with support and assistance from China.

viii) Bangladesh has already joined the AIIB as a founding member. It is expected that Bangladesh will get multidimensional cooperation and assistance from this newly formed Bank for participation of its entrepreneurs in projects along the Belt and Road.

ix) Bangladesh may acquire expertise and advanced technology by working with China and improving capability to address climate change and disaster management.

X) Bangladesh may benefit from relocation of Chinese industries on account of rise of wages in China as that country may transfer some of its manufacturing base abroad to other countries like Bangladesh.

xi) It is estimated that in the next five years, China will invest an additional $500 billion in other countries, import over $10 trillion of products and send 400 million tourists abroad. Bangladesh, as China’s close neighbour and trusted friend, may be able to make good use of “Chinese Opportunities” if the Belt and Road Initiative is firmed up.

xii) Bangladesh is potentially China’s strategic cooperation partner in South Asia and the Indian Ocean Region. Construction and expansion of the Bangladesh-China-India-Myanmar Economic Corridor (BCIM-EC) at the apex of the Bay of Bengal and in the intersection of the ‘Belt & Road’ is bound to open up immense opportunities for trade, traffic and industrial growth. Since 2013, the initiative of BCIM-EC has maintained good momentum. If the BCIM Corridor is realised, it will have a deep impact on Bangladesh-China trade, and traffic, connect Bangladesh with the Western parts of China. The current route of Maritime Silk Road is not directly linked at any point with Bangladesh. But with the development of a deep sea port in the Chittagong-Cox’s Bazar development area linked to Sonadia-Matarbari islands Bangladesh will be a significant part of the Maritime Silk Route.

Development of Sonadia Deep Sea Port (or its possible alternative at Matar Bari in the same environment of Cox’s Bazar-Chittagong Development Zone) is very important for the long-term development of Bangladesh and the sub-Hlimalayan region beyond. It has prospects of a natural hub for connectivity with Northeast India, Bhutan and Nepal on the Myanmar ports, Thailand, Sri Lanka and beyond. But it is our leadership that has to pursue it and to qualify for direct foreign assistance from China and Other possible partners, including India and the US, and for investment funds committed to infrastructure building like the AIIB.

The state of woman entrepreneurship 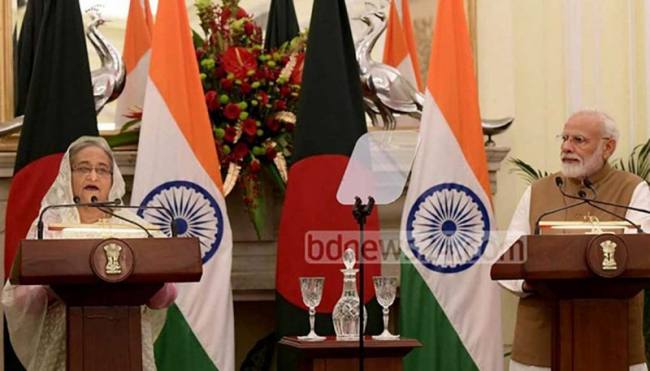 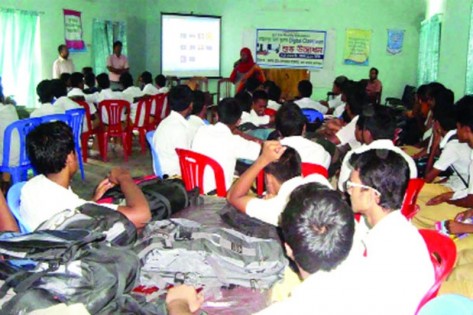