নীড় পররাষ্ট্র What Makes a Happy Country – And where do we stand?

As the age-old adage goes, “Money can’t buy you happiness”, it seems the same is true for a country. The Happy Planet Index (HPI), introduced by the New Economics Foundation (NEF) in July 2006, delved into this and formulated a method to determine how happy a country is. Amazingly, Bangladesh has been rising up consistently on the rankings of HPI.

Nic Marks, happiness researcher and founder of the Centre of Well-Being at NEF, spoke extensively about HPI at TEDGlobal 2010 – highlighting the significance of understanding that gross domestic product (GDP) does not completely account for the welfare and livelihood of the people of a country. The following are excerpts from his speech which highlight the issue:

“… But as early as 1968, this visionary man, Robert Kennedy, at the start of his ill-fated presidential campaign, gave the most eloquent deconstruction of gross national product that ever has been. And he finished his talk with the phrase, that, ‘The gross national product measures everything except that which makes life worthwhile.’ How crazy is that? That our measure of progress, our dominant measure of progress in society, is measuring everything except that which makes life worthwhile?”

The aspects Nic Marks addressed in the above quotes from his TED talk demonstrate how the current measure of success and progress completely misses the core of a country – which is the human element, the happiness of its residents. Hence, to counteract the issue, he devised the HPI which ranks countries not according to their GDP but rather their sustainable wellbeing.

Methodology of undertaking this huge collection of data and determining them is available online. Thus, it is possible to have a better understanding of the workings behind the rankings. For example a feature such as experienced wellbeing, which is a very subjective and broad element to measure, is discussed.

“The average of all responses from within the population to the following question is measured: ‘Please imagine a ladder with steps numbered from 0 at the bottom to 10 at the top. Suppose we say that the top of the ladder represents the best possible life for you; and the bottom of the ladder represents the worst possible life for you. On which step of the ladder do you feel you personally stand at the present time, assuming that the higher the step the better you feel about your life, and the lower the step the worse you feel about it? Which step comes closest to the way you feel?’ This measure of wellbeing is commonly used as an indicator of how people’s lives are going overall.”

It’s heartening to consider how Bangladesh – our small and densely populated country – fares so well on the index. In the first ranking in 2006, Bangladesh came in 41st. In 2009, Bangladesh moved forward 10 steps, becoming 31st, and in 2012, rising much higher still, our country ranked 11th in the world.

It was after the 2012 ranking that Bangladeshis really took notice of HPI. Once the rankings were published, The Bengali Filmmakers, a creative initiative by a group of emerging Bangladeshi filmmakers with a YouTube channel, uploaded a video “Are You Happy? Dhaka, Bangladesh” on September 24, 2013, that went viral. The video was shot over the course of over a week, and the people in different parts of Dhaka, at random, were asked whether they were happy.

The video featured people who appeared to be from all walks of life, all trying to explain their perception of happiness and how close they are to it. It’s a moving video as it depicts how vibrant the people are, despite their hardships. A large number of the interviewees came to the conclusion that they were indeed happy. Moreover, it showed how great simple joys are in the lives of people.

This year Bangladesh has preceded all expectations and was ranked as the 8th happiest country out of 140 in the world. The greatest factor that propelled Bangladesh to this position is that it has the second smallest ecological footprint in the world. This shows that HPI goes beyond assessing individual happiness but also stresses on the health of the country’s nature which indirectly affects general wellbeing.

Ecological footprint plays a large role as it is a big indicator of the sustainability of the country. The environmental costs on which a country is run is vital and it can often be seen that even with greater life expectancy and wellbeing (such as North America and Western Europe), the overall HPI score is lower than that of Bangladesh.

Bangladesh’s shortcomings lie in the fact that it is among the worst in the world in terms of malnutrition. Of the booming population of approximately 160 million, a quarter is stricken with poverty.

Despite suffering from widespread poverty, Bangladesh, in terms of human development, has proven to make significant progress in the last 25 years. There is a great increase in the number of years the average Bangladeshi spends in school. The country also has a high number of people employed in the renewable energy sector. As the case study on Bangladesh on HPI’s website states, “This is a country that’s achieving a lot with limited resources.”

Nic Marks, during his TED talk, shows the results of a global survey on what people want most in life. While money was mentioned, it fell quite short of wanting good health and love. The most predominant desire was happiness. Thus, it’s fulfilling to know how far our country is in that aspect.

With a keen eye and a broken brain to mouth filter, Mahejabeen Hossain Nidhi has a habit of throwing obscure insults from classic novels at random people who may or may not have done anything to warrant them. Drop her a line at mahejabeen.nidhi@gmail.com 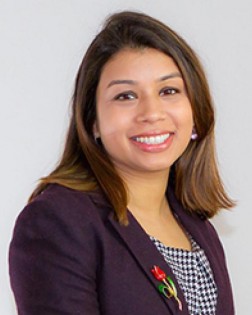