Prime Minister Sheikh Hasina has been showered with accolades by leaders and government across the globe for her astounding leadership, striking vision and charismatic personality that have been recognized through several awards she received over the years.
Among them was “Champions of the Earth” conferred by the United Nation last year, and a citation as the “Pillar” of global efforts for empowerment of women during her recent visit to Canada.
Earlier, US President Barack Obama praised Sheikh Hasina’s statesmanship demonstrated in her relentless bids to sustain democracy in Bangladesh and playing a key role in the global war against terrorism.
She had also been praised by leaders of Japan, China and India – and was placed in the list of world’s top 100 leaders currently.
Sheikh Hasina does not confine herself to the job as the Prime Minister but extends her hands to deal with other critical issues the world is facing today, including the “save the earth and environment” movement.
Her daughter Saima Wazed is now a world leader in the battle against the scourge of autism inflicting thousands of children around the world. She is a crusader against the disease that numbs intelligence and other qualities of babies making them a burden to their families. Saima Wazed’s personal initiative to fight autism has taken the battle raging across the globe and her unparalleled role in this has been recognized in the global spectrum.
Saima Wazed has won an award of the World Health Organization for her contributions to the fight against neuro-development disorder and autism.
Sheikh Hasina’s son and ICT Adviser Sajeeb Wazed on Tuesday received the “ICT for Development Award” in New York where the Prime Minister attended the conferring ceremony. She held in hand her son’s award in immense joy and pride as a mother, leader of Bangladesh and a pioneering woman revered by every nation.
UN Secretary General Ban Ki-Moon, while meeting Sheikh Hasina in New York on Monday, also sought her “beside me” in the world body’s efforts to promote peace and development across the world reeling under threats of terrorism, conflicts and other menaces. This reaffirms Sheikh Hasina’s “value” on the global stage.
Today, the daughter and grand children of Bangabandhu Sheikh Mujibur Rahman, founding father of Bangladesh, together made us immensely proud and show us the way to go forward as a leading nation not only of the Third World but the whole world. Sajeeb Wazed has played a glorious role in introducing, popularizing and promoting digital Bangladesh, a concept well acquired and adhered to by all sections of Bangladesh people. Digitalisation is a popular slogan in today’s Bangladesh.
While in Canada Sheikh Hasina conferred “Friends of Bangladesh Award” to the former Canadian Prime Minister Pierre Trudeau for his support during Bangladesh’s 1971 War of Liberation. She handed the award to his son and incumbent Prime Minister Justin Trudeau, which visibly moved him to admit he was delighted and privileged to meet the Prime Minister of Bangladesh.
In Canada, Sheikh Hasina dealt with a sensitive and emotional issue, by asking the government there to extradite Noor Chowdhury, one of the killers of Bangabadhu and most of his family in 1975. The two prime ministers have agreed to explore the ways to send convicted Noor, hiding in Canada with a death sentence on his head, back to Bangladesh soon.
Now in USA, following her Canada visit, Prime Minister Hasina has asked the American government to restore GSP facility to Bangladesh and allow duty and quota free access to Bangladesh garment products to American markets.
On any trip abroad, Prime Minister Hasina leaves no bilateral and international issues of common concern untouched — going beyond the main agenda. She is in New York essentially to address the upcoming session of UN General Assembly but has been discussing a wide range of issues on the sidelines. She and her family deserve all-out appreciation for what they are doing for Bangladesh and for the global community. 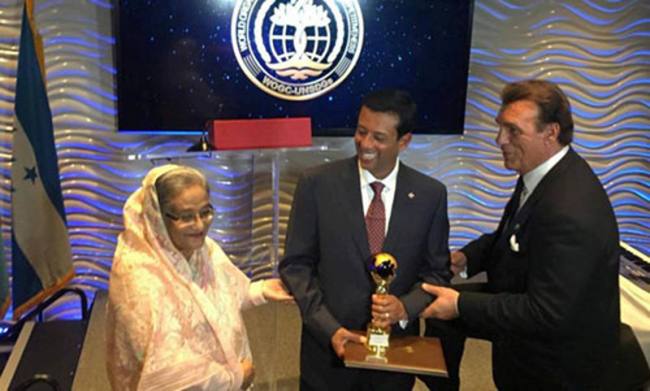 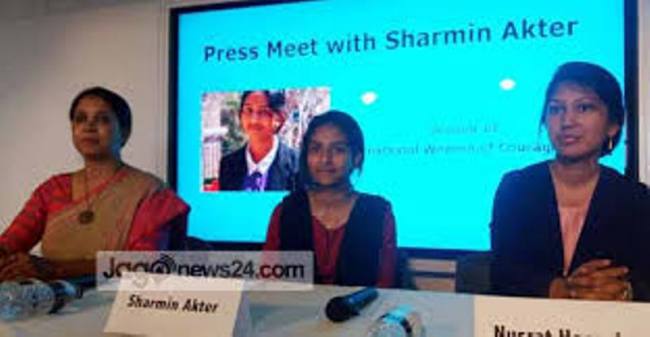