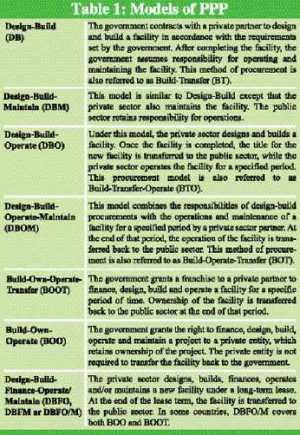 Bangladesh reached its gross domestic product (GDP) growth rate of 7.0% in the fiscal year (FY), 2015-16, or fiscal ’16, after an impressive 6.0% average growth rate achieved during the past decade or so. Arguably the biggest constraint to the upward growth trajectory of the Bangladesh economy is its insufficient infrastructural capacity. The recent years have seen a remarkable expansion in the size of Bangladesh’s population, workforce, and its economy. The aggregate GDP at current prices reached the US$ 220 billion mark in fiscal 16, when the country’s per capita income stood at US$ 1466.

The higher per capita income and rapidly growing economic activity are contributing to a substantial increase in the demand for power and transport infrastructure. However, the growth potential of the Bangladesh economy is constrained by the presence of severe infrastructure bottlenecks, arising from a decline in public sector investment in infrastructure over the years and a lack of policy environment that is conducive to such investments.

Bangladesh has a medium- and long-term target growth rate of 8.0% per annum. However, the country’s growth rate has stabilized at an average of 6.0% plus in recent years due to the stagnating domestic investment, accounting for about 28.9% of GDP in fiscal ’15. In order to boost the economic growth, gross domestic investment needs to be raised to 34.4% of its GDP by fiscal ’20. Given Bangladesh’s huge investment gap in infrastructure, a large part of that additional investment should be allocated to that area.

Hence, Bangladesh needs to raise its investment rate closer to the levels attained by India and China today, i.e. 37-40% of GDP, in order to achieve a sustained growth rate of 8.0-10% over the next decade. Bangladesh not only faces the challenge of mobilizing sufficient resources to finance domestic investment but also of developing effective institutional arrangements to implement such large infrastructure projects. One approach that has been successfully implemented in China, and is currently being pursued in India with vigor, is the Public-Private Partnership (PPP) approach.

WHAT IS PPP? PPP is a funding model for implementing public infrastructure projects in areas such as a new telecommunications system, airport, toll roads and bridges or power plants. The public partner is represented by the government at a local and/or national level. The private partner can be a privately-owned business, public corporation or consortium of businesses with a specific area of expertise.

PPP is a broad term that can be applied to anything from a simple, short-term management contract (with or without investment requirements) to a long-term contract that includes funding, planning, building, operation, maintenance and divestiture. PPP arrangements are useful for large projects that are economically and socially desirable and require significant amounts of resource spending for implementation. The different models of PPP are summarized in Table 1.

Traditionally, when financing a mega project, the public sector is required to provide significant upfront capital even though the benefits derived from it may be delayed or uncertain. Most forms of PPP enable the public sector to spread the cost of infrastructure investment over the lifetime of the asset. This allows faster initiation of infrastructure projects, thus allowing users to benefit from the investment much sooner than is typical under pay-as-you-go financing from the budget.

PPPs also have a history of completing construction on time or even ahead of schedule, since private contractors are motivated to complete their projects as quickly as possible and start the revenue stream required to repay their capital costs, which include costs incurred during construction, cost of equipment and machinery, etc.

Well-designed PPPs also serve to transfer certain construction and maintenance risks from the public sector to the private partner, some of which include design risk, meeting required standard of delivery, incurring excessive cost overruns during construction, certain market risks associated with the project etc. This attribute is important since payment structures are conditional upon the availability and proper maintenance of assets over time. This in turn gives the public sector greater confidence in keeping its expenditure commitments over the lifetime of the asset.

WHY IS PPP IMPORTANT FOR BANGLADESH? Although the framework developed under the Annual Development Programme (ADP) for providing public infrastructure investment had been very effective during the 1980s, this mechanism is no longer viable for meeting the rapidly growing demand for physical infrastructure in the economy.  To help raise the country’s economic growth at an annual rate of 8.0%, the government has planned a number of mega infrastructure projects such as deep-sea ports, Elevated Expressway, Chittagong-Dhaka expressway, international airport, several large power plants etc. While the government’s dependence on foreign financing of its ADP has significantly declined compared to the previous decades, they need to develop innovative strategies to meet the massive capital requirements of their projects to combat the inadequacies in public sector resource availability.

Bangladesh is severely lagging behind its neighboring countries in terms of provision of infrastructure facilities, especially in important areas such as generation of power, access to better roads, improved sanitary and sewerage systems. This can be attributed to the government’s failure to attract private investment in the infrastructure sector, as well as to the recent fall in government’s reliance on ADP-based public sector investment programmes.

The PPP framework has been successfully adopted by many developing countries in the region to accelerate infrastructure investment, notably in India, China, Middle East and East Asia. The Gulf Cooperation Council (GCC) countries have invested $628 billion on PPP infrastructure projects in the past 10 years. They are also planning to spend over half a trillion dollars to promote private sector growth through PPPs. In India PPPs are increasingly becoming the preferred mode for construction and operation of commercially viable infrastructure projects in sectors such as highways, airports, ports, railways and urban transit systems. Under the Twelfth Five Year Plan, India aims to continue accelerating the pace of infrastructure investment under PPP arrangements, with spending projected to increase to $500 billion.

The regional comparison of Private Participation in Infrastructure Development (PPI) from 2005 to 2015 is given in Table 2.

For Bangladesh, increasing the productive potential of the economy in a sustainable manner is imperative, and it will require investment on a massive scale in key sectors of the economy. Success in the telecom sector was primarily due to strong partnerships with foreign telecom companies, under a strengthened policy framework. Private participation has increased in the power sector, with Independent Power Producers (IPPs) accounting for about 26.3% of total installed capacity, as well as the gas sector, with International Oil Companies (IOCs) accounting for 54.3% of the total gas produced in Bangladesh as on 2014.

However, the PPP activities were mainly restricted to these sectors and the total amount of investments under PPP arrangements in these two areas as also only a fraction of what would have been needed to meet the country’s growing infrastructure needs. Bangladesh’s private sector has played a relatively small role in infrastructural development, and hence needs to be mobilized to share a larger portion of the future investment in priority sectors like power, port, and transport infrastructure.

CONCLUSION: Bangladesh has to take lessons from the experience of those countries which have successfully adopted PPP models to meet their rapidly growing infrastructure demand, and design its own framework for infrastructural development in the country. Past experiences of Bangladesh with the PPP initiative demonstrates that the primary reason this did not take off as expected is the absence of adequate legal and institutional arrangements.

To combat the implementation challenge, the government needs to develop capacity in its infrastructure sector-related ministries and departments on PPP-related issues, as envisaged in the Seventh Five Year Plan. Through a renewed and bold initiative towards PPP-based project implementation, the country can overcome its infrastructure bottlenecks and move towards achieving its medium-term target growth rate of 8.0% per annum.