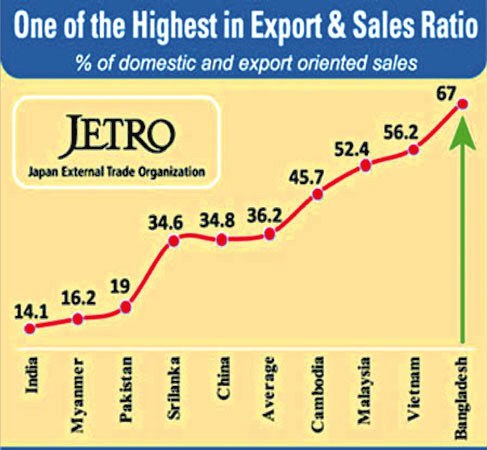 Low wages and competitive production costs made Bangladesh the top investment destination for Japanese companies in 2015, the Japan External Trade Organisation (JETRO) said in a survey released in February this year.
The JETRO survey, carried out in 20 countries in Asia and Oceania, also said Bangladesh had been found to be the most attractive place for investments both in the manufacturing and non-manufacturing sectors like in the previous year.
The survey—‘Conditions of Japanese Companies in Asia and Oceania’—said Bangladesh could be an attractive destination for Japanese investment, as production cost in the country was less than half compared to that in Japan.
Wages in Bangladesh are one-fourth of what they are in China and half of India’s, observed JETRO.
However, 69 per cent of chief executive officers of the firms surveyed in the 20 countries identified rising wage bills as the highest management concern, JETRO said. Cost of production in Bangladesh—compared to that in Japan—was found to be less than half (49.5 per cent), while in other countries, especially China, Vietnam and India, the respective figures were 81.9 per cent and 80.6 per cent, the report said.
The survey rated Bangladesh highly for business confidence, giving it 63.3 points, but said Japanese firms in the country were struggling with operating profits. JETRO also said their business performance would improve in 2016.
Bangladesh’s position was after Pakistan, Myanmar, India, and Sri Lanka, it added.
The annual JETRO survey, done during October–November 2015 covering 9,590 firms, put Bangladesh at fifth position from the top, with 67.4 per cent of Japanese firms favouring future expansion in the country.
It was 82 per cent in case of China, 73 per cent for Vietnam, and 80 per cent for India, it noted.
JETRO, however, recommended the creation of a congenial business environment to help reduce costs incurred by Japanese companies doing business in the country by slashing operational and running expenses.
According to JETRO, some 230 Japanese firms have invested in the country, mostly in export processing zones, involving USD 250 million.
Foreign direct investment (FDI) from Japan, however, showed a downward trend last year. According to Bangladesh central bank data, the net inflow of FDI stood at USD 34.14 million in the January–September period of 2015, while the amount was USD 96.3 0 million in 2014.
With Bangladesh ranked fifth, 67.4 per cent of Japanese firms were amenable to expanding operations in future because of high growth potential, cost reduction, production and distribution network review, and easy-to-secure labour force.
In spite of showing interest in expansion over the next couple of years, Japanese firms in Bangladesh showed a modest downtrend during the past four to five years, and in others countries such as China, Myanmar, Vietnam, India and Thailand.
The downtrend has been especially pronounced in Bangladesh and China since 2013, while expansion prospects were becoming increasingly brighter in Myanmar.
JETRO also suggested that by offering incentives and engaging in free trade agreements (FTAs) or by setting up an Environment Protection Authority (EPA), Bangladesh could help investors diversify items ranging from intermediate to finished goods and export to Asian nations. 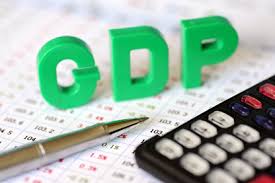