Mobile Financial Service (MFS) is an umbrella term commonly used to describe any financial service that is provided using a mobile device. Sometimes mobile money is used as an alternative term.

Bangladesh experienced a notable boom in the expansion of MFS in its primary phase. MFS was formally launched in the second half of 2011. Ad hoc permissions from the Bangladesh Bank (WB) were earlier replaced with a set of guidelines providing regulatory certainty which made way for market promotion and boosted initial growth of the MFS industry.

According to International Monetary Fund (IMF) Financial Access Survey database, the number of active mobile money accounts increased from 0.5 million in 2012 to over 4.0 million in 2015. Number of agents providing MFSs grew from around 51,000 in 2012 to 540,000 in 2015. According to Intermedia’s latest study on ‘Financial Inclusion Insight’, the number of unique agent is 200,000. A growing trend among both urban and rural population in MFS uptake indicates that financial inclusion is scaling up in Bangladesh especially in unserved and underserved rural areas.

However, according to Intermedia’s Bangladesh survey 2015 only 8.0 per cent Bangladeshis are registered active mobile money users. According to the BB, there were 33.9 million registered MFS accounts in February’16, but 59 per cent of those accounts were inactive. Low percentage of uptake indicates that potential for growth of the MFS industry and the scope for progress with financial inclusion in Bangladesh has still remained untapped.

BANK-LED MFS MODEL: Unlike many other countries of the world, Bangladesh adopted a bank-led MFS model. The Department of Currency Management and Payment Systems of Bangladesh Bank (BB) issued “Guidelines on Mobile Financial Services (MFS) for the Banks” on September 22, 2011, which were subsequently amended on December 20, 2011. These guidelines state that only a bank-led model will be permitted, though the term bank-led model has not been clarified in the regulation. According to MFS working group of AFI (Alliance for Financial Inclusion), a mobile financial services’ business model (bank-based or nonbank-based) in which the bank is the primary driver of the product or service, typically taking the lead in marketing, branding, and managing the customer relationship. The BB took this decision by taking the money laundering issue as the prime consideration.

The main reason why certain countries, including Bangladesh, have restricted the entry of MNOs is a worry that they may have a conflict of interest in that they own the electronic platform that allows MFS transactions to happen. The fear is that MNOs may take undue advantage of this by either restricting the Unstructured Supplementary Service Data (USSD) access or setting a high price for this access for non-MNOs, thereby crowding them out of the market.

In Bangladesh, presently MFS service provision is concentrated among two suppliers. BRAC/bKash is the overwhelmingly large provider accounting for some 81.4 per cent of the total transactions and 91 per cent for active MFS account holders. The other important player is the Dutch-Bangla Bank Limited (DBBL) , accounting for 16.8 per cent of the current transactions. In absence of interbank transaction guidelines or regulation policy it is not possible for example to avail the MFS facilities of bKash through DBBL.

The introduction of MFS interoperability would facilitate all customers from all corners of the country, which would enhance people’s participation in the economy. Customers would be able send money, cash in, cash out and avail all other financial services from one MFS with all other MFS providers.

CONSUMER ATTITUDE: MFS in Bangladesh was initially seen by consumers as a cash transfer service. This view is beginning to change. Airtime top up, which is offered by most providers, appears to be gaining increased acceptance because of the convenience it offers without any additional charge.

Research from the Financial Inclusion Insights programme, led by InterMedia, found that MFS users are three times more likely to make a transaction over the counter (OTC) compared to using a registered account. They found that a little over three-quarters of all MFS users in Bangladesh were OTC users in 2014, as opposed to less than 25 per cent that are registered users. However, they found that, compared to 2013, registered use was growing while OTC use was static. In addition, among registered bKash users, they found that 56 per cent first began using MFS through an agent as OTC before opening their own wallet.

MOBILE WALLETS: Regulations in Bangladesh prohibit cash-out from mobile wallets that are run by the MNOs. Because of the restrictions on services MNOs can offer to customers, increasing usage is largely inhibited.

At least three of the MNOs (Grameenphone, Banglalink and Robi) started offering mobile wallets before the regulations were announced, and their wallets are still being used by customers for some of the services they are allowed to offer. Customers can use these wallets for payment of utility bills, airtime top-up and recharge, purchase of railway tickets, and life insurance. Top-up and recharge of pre-paid mobile connections are both quite popular, although apart from those, customers are not using the MNO mobile wallets in large numbers for the other available services.

Customers are being offered wider choice of mobile accounts by banks. In view of the MFS regulations MNOs are not promoting mobile wallets aggressively.

LEVEL PLAYING FIELD FOR GROWTH: International experience shows that the more flexible the entry regulations, the better the chances of growth and success of MFS. The need for greater competition is particularly important to take better advantage of the large untapped MFS market, promote product diversification and innovation, and reduce cost.

MNOs have certain basic strengths compared to banks. They do business through physical network with much larger numbers of retail outlets than banks. Existing customer base of MNOs includes large number of unbanked people, and so they can convert users among their existing base rather than needing to acquire new customers.

Regulations should be enabling rather than disabling. Regulatory focus should be on allowing the different non-bank players with the ability to invest and innovate, ensure the flexibility to team up together to optimise on the respective comparative advantages be it of banking sector or non-banks like other specialized enterprises like bKash, and the MNOs, while ensuring a level playing field for all.

There is no reason why Bangladesh should not make gains from the comparative advantage of the MNOs and provide a bigger push to the adoption of MFS services, improve competition, and support greater product diversification.

SCOPES FOR MFS GROWTH: There is a need to increase awareness of MFS beyond a money transfer mechanism, as well as building the capacity of current and potential users to make full use of those services. Public and private sector leaders should educate general consumers to facilitate acceptance of diverse and useful financial services.

MFS and third-party providers should explore the use of shared platforms to increase efficiency and access to services. MNOs and financial service providers can advance financial inclusion by developing and implementing interoperability agreements and ensuring services designed for target customers.

MFS can help to address gender gaps regarding access to and use of financial services. One way MFS can help provide women with more control over their financial lives is through receipt of G2P (government to person) payments. The government can utilise G2P payment to increase efficiency of Social Safety Net and other welfare programme delivery.

Partnerships between MFS providers and MFIs (microfinance institutions) should be explored further to expand outreach particularly in unserved rural areas. 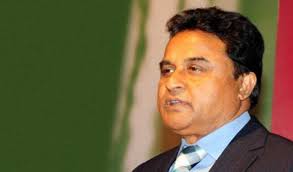